Independence, Missouri, located just to the east of Kansas City, is a charming place chock full of things to do, see, and experience. It also happens to be the hometown of former U.S. President Harry S. Truman. Many history buffs flock here to trace President Truman’s steps. This is where he grew up, first practiced law, and got into politics. After his time in the White House, Truman chose to return to the place he had always called home.

Here are eight must-see places where you, too, can connect with the life and legacy of our nation’s 33rd president.

1. Check Out The Library And Museum

Perhaps the best place to start your Truman adventure is at the Harry S. Truman Presidential Library and Museum. Currently undergoing a $30 million renovation, the complex is scheduled to open this summer, and the timing couldn’t be more perfect: It’s the 75th anniversary of when Truman became the nation’s 33rd president.

The library stores Truman’s personal papers and archives, and various exhibitions and artifacts related to his life and presidency can be found in the museum. The courtyard here is also the final resting place of Truman, who opted for a private service in Missouri instead of a state funeral in Washington, D.C. His wife, Bess; their daughter, Margaret; and their son-in-law, Clifton Daniel, are also interred here. It’s a testament to how much Independence meant to the entire Truman family.

Truman’s presidency was marked by difficult decisions and turbulent times. The son of a Missouri farmer, he ascended to the highest office in the land after President Roosevelt died in April 1945, and his tenure included the end of World War II, the start of the Cold War, and the beginning of the war in Korea. You’ll learn more about those tough calls — and perhaps appreciate them all the more — after a visit to the library and museum.

2. Stop By The Historic Sites

The Truman family’s roots truly ran deep in Independence. The stunning Victorian home where Harry and Bess lived was built by her grandfather back in 1867.

Today, the home is part of the Harry S Truman National Historic Site. At the Harry S. Truman Home, you’ll get a feel for what life was like for the couple, who moved into the family residence after their honeymoon. They embraced their extended family, sharing the home with Bess’s mother and grandmother. Two of Bess’s brothers built small homes on the grounds as well.

Truman returned to the family home on Delaware Street from time to time during his presidency, calling it the Summer White House. After the Trumans left Washington for good, this was the place they chose to call home once again, and for good. They turned away from the spotlight and instead opted for simplicity.

This desire is reflected in the home. While large, it offers a very personal look at the life they lived here. While the Trumans occasionally welcomed guests to their home, they were intensely private. After Bess’s death, the home was donated to the National Park Service, and rangers continue to protect the family’s privacy to this day: Visitors are not allowed on the second floor of the residence.

The historic site also includes the Noland House right across the street, where Truman’s aunt and uncle lived. One day while visiting with them, they asked Harry to return a cake plate to the home across the street. There, he reconnected with Bess, and their courtship began. Today, the house explains the deep bonds — and love of home — that Harry and Bess shared.

Both spots — so important and central to Harry S. Truman’s life — are open for free tours, but you must have a ticket. They are available at the Visitor Center downtown.

Truman’s path to the presidency was a bit of an unorthodox one. He certainly wasn’t groomed straight out of the gate for a life in public service. His family couldn’t afford to send him to college, so instead, he held various other jobs, until eventually following in his father’s footsteps and farming for a time. After returning from World War I, he opened — and then shut down — a clothing store, and he didn’t become a county judge until he was in his late 30s.

The historic courthouse where Truman presided as a judge now houses the Jackson County Historical Society. The group gives guided tours of Truman’s office and courtroom. While there, don’t forget to snap a selfie with the man himself — a bronze statue of Truman is located on the courthouse’s east side.

4. Walk In The President’s Footsteps

It’s tough to take more than a few steps in Independence without coming across a Truman landmark. As it turns out, it’s easy to combine a good workout with lesser-known Truman places and spots. It’s also a tribute of sorts, as he was known for keeping in shape by striding about town before breakfast. He  always kept a brisk pace, with a walking stick in hand.

Keep your eye out for large navy-blue signs featuring a silhouette of President Truman near downtown; these indicate areas of interest for those wishing to see additional spots or landmarks having to do with him or his family and friends. There’s also a self-guided walking tour available which includes a total of 44 stops along a 2.7-mile route. This is a terrific activity for the hard-core history buffs; download the map or pick one up at the Visitor Center.

5. See Where The Whistlestop Ended

Truman’s famous Whistlestop Campaign took place during the summer and fall of 1948 as he was locked in a reelection battle. He decided to talk directly to the American people, and as many of them as he could. The resulting 31,000-mile journey was marked by plain-talk speeches and lots of campaign stumping. The final stop? Independence, of course!

Today, the historic Missouri Pacific Depot where Truman’s campaign travels came to an end is perhaps better known as the Truman Depot. It’s the same spot where more than 8,000 people came out to welcome Truman home years later in January 1953, after he left the White House.

Built back in 1913, the Truman Depot currently serves as an Amtrak train station, and it was added to the National Register of Historic Places in 1979.

Harry S. Truman had known Bess Wallace for the majority of his life, having first met the blonde-haired blue-eyed girl in Sunday school class when they were small children. Years later, in 1919, the couple married at Trinity Episcopal Church in downtown Independence, which was first established during the town’s pioneer days back in 1844 and was Bess’s home church. The current building was built in 1881 and is on the National Register of Historic Places.

Trinity truly served as the spiritual center for the Truman family: Their daughter, Margaret, was married here in 1956; President Truman laid the cornerstone for Trinity’s fellowship hall in 1959; and Bess Truman’s funeral service was held at the church in 1982.

If while tracing Truman’s steps you find yourself ready for a sweet treat, stop into Clinton’s Soda Fountain on the Historic Independence Square. As a teenager, Truman worked at a pharmacy and soda fountain in this very location. It has also housed a shoe store and jewelry shop but returned to its former sweet-shop self in 1988 when Clinton’s opened up.

The old-fashioned soda fountain offers sundaes, ice cream floats, old-time phosphates, and even edible cookie dough as well as soups and sandwiches. This place feels like a blast from the past, and it’s not too hard to imagine a young Harry S. Truman wiping down tables, scooping ice cream, and serving customers. It’s a great place to sit, sip, and relax in Independence’s historic heart!

8. Have A Truman-Inspired Shopping Spree!

Finally, if you find you’ve got the need to work in a bit of retail therapy as you discover Truman’s deep legacy in Independence, head to Wild About Harry. Named in tribute to the 33rd president, the shop located on the Square stocks men’s gifts, including luxe grooming items, office decor, games, and gadgets. It’s the perfect place to choose a gift fit for a president, a dad, or any other special guy in your life!

You could easily spend an entire weekend seeing and experiencing everything having to do with Truman in his hometown. Independence has a wide range of accommodations to fit any need or budget. From historic downtown inns to more traditional hotel chains, the city’s got a great list here.To learn much more about all of the fantastic things to see, do, and experience in Independence, check out the city’s online visitors guide and get inspired by all our Independence content here. 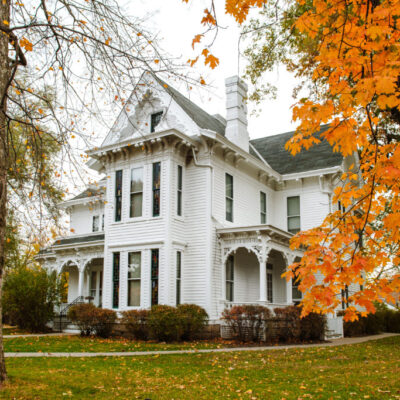 IndependenceHow To Spend A Day In Independence, MO, Before Heading To The Ball Game 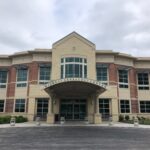 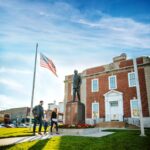