Prior to the closure, the trail received 700 to 1,000 visitors every day, and was one of the most popular hiking destinations on Oahu. But a 2018 landslide prompted officials to cut off access to the much-loved trail.

“Roughly four or five large-sized rocks had fallen on the [Aihualama Trail] and didn’t quite make it to the Manoa Falls trail, but it does merit that we have a further inspection done by a professional company,” Aaron Lowe, a trail and access specialist with the Department of Land and Natural Resources, said in late 2018.

Luckily, no hikers were injured in the rockslide, which covered roughly 100 feet, but officials became concerned about potential future falling rocks that wouldn’t have such a fortunate outcome.

The trail temporarily closed for inspection, only to more permanently close in July 2019 for extensive renovation. According to Lowe, the path had become “an eroding, slippery, muddy mess,” largely due to the 160-170 inches of rain a year common with lush valleys.

Together the Federal Highways Administration Recreational Trails Program and the Hawaii Tourism Authority poured nearly $200,000 into the renovations, determined to reopen one of Oahu’s most-beloved hiking trails. Extensive renovations included erosion and water runoff control, as well as the installation of a rockfall hazard mitigation fence.

Other changes included stabilizing and widening the trail to allow for two-way traffic, adding trailside plantings, and providing more stairs and rest areas. Officials hope the newly improved trail should allow for both a safer and more enjoyable experience.

After two years of renovations, Manoa Falls Trail reopened on June 5, coinciding with National Trails Day. Hundreds of hikers showed up for its opening day, eager to experience the nearly 1-mile trek and its view of the nearby 150-foot waterfall.

Changes To The Trail

Visitors will notice that, unlike in the past, the waterfall viewing area no longer blocks trail foot traffic. A new viewing area has been added around two arch-forming trees, allowing hikers to stop and take photos without causing traffic jams throughout the entire trail. The waterfall itself is also completely closed off from foot traffic.

“That’s a big talking point. We’re trying to get people from going down to the water itself,” Lowe told the Honolulu Star-Advertiser.

Among those present on opening day was Napua Wong, whose family owns and operates the parking lot and trailhead. “Summertime is always busy, so that’s to be expected,” she said, but with close to 1,000 visitors on Saturday alone, she was surprised by just how many of the visitors were locals — nearly half. “Today in particular, people have been curious about what the trail looks like.”

Manoa Falls Trail is open seven days a week, from sunup to sundown. The trail is manageable for novice hikers, and signs are abundant across the paths, signaling where visitors should walk and what areas to avoid. There is no fee to hike the Manoa Falls Trail. 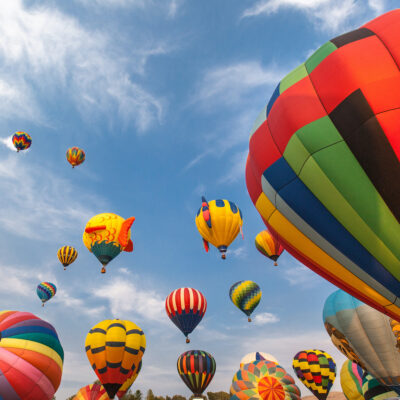 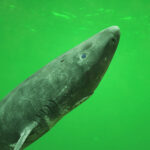 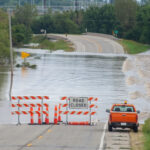 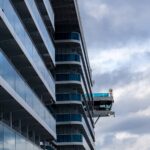