On a clear April day, the lazy Buffalo River near Linden, Tennessee, was even lazier in the warm sunshine, its steady current breezily pushing our kayaks along the green-covered shores.

Along the banks, a couple of fat cows startled as we floated on by, and the indignant squawk of blue herons punctured the vast quiet of this rural Tennessee landscape. While not as impressive as the massive Tennessee River, the Buffalo River is Tennessee’s longest tributary of the Duck River, weaving 125 miles along the rolling hills of central Tennessee.

Our guide this day was Michael Dumont, a Rhode Island native who, along with his wife Kathy, purchased the old Commodore Hotel in the heart of Linden. The couple bought the architectural gem in 2007, and Michael’s background as a developer helped the couple restore the building to its current boutique hotel status.

In addition to hosting guests at the hotel, which was named one of “Six Great Places to Stay in Tennessee,” the Dumonts also rent and lead kayak tours of the scenic river through the hotel.

The relaxing float was exactly what I needed after days of exploring a handful of the 12 rural towns that make up “Nashville’s Big Back Yard,” a new tourism push that highlights the region. Anchored by 100 miles of the Natchez Trace Parkway, Nashville’s Big Back Yard is made up of 12 connected communities with populations under 5,000.

These 12 towns are the heart of the southern and western part of rural Tennessee, tiny communities that are often overlooked by the country glam of Nashville or the outdoorsy mecca of Knoxville. They each have distinct personalities, darling little downtown areas, over-the-top hospitality, and are all nestled in the outdoor splendor of Tennessee.

However, aside from Leipers Fork (now famous for being the second home to such celebrities as Justin Timberlake, Nicole Kidman and her country star husband Keith Urban, and even Justin Beiber), most of these tiny towns don’t show up on road trip radars.

Here is why they should. For one week, I was hosted by Nashville’s Big Back Yard to explore the area and discover what many travelers never take the time to do.

From Leipers Fork, Tennessee, to the historic music mecca of Muscle Shoals, Alabama, here are seven adorable country towns to experience in Nashville’s Big Back Yard.

My road trip through these adorable country towns started in Florence, Alabama and the Muscle Shoals region. Founded in 1923 along the Tennessee River, Muscle Shoals became famous for “Muscle Shoals music” thanks to the historic and famous Fame Studios and Muscle Shoals Sound Studio.

The FAME Recording Studio opened in 1959 and made the “Muscle Shoals sound” famous by recording such greats as Etta James, Clarence Carter, Otis Redding, and The Osmonds. The recordings and the big names never stopped, and today, you can tour FAME, which was placed on the National Register of Landmarks.

The Muscle Shoals Rhythm Section (also known as “The Swampers”) originated in the Fame Studio and became famous for playing funky backup to such artists as Etta James, Wilson Pickett, and Aretha Franklin. They opened the Muscle Shoals Sound Studio in 1969, becoming the only recording studio owned by session musicians. The Rolling Stones stopped in as well, recording their hits “Brown Sugar,” “Wild Horses,” and “You Got To Move” at the studio.

In 2013, the studio was bought up by the Muscle Shoals Music Foundation.

I nearly lost my mind when I discovered that Florence, Alabama, was home to a Frank Lloyd Wright “Usonian” home. Built in 1939 for newlyweds Stanley and Mildred Rosenbaum, the Rosenbaum House is the only home designed by the famous architect in Alabama and is the only Usonian-style home in the entire Southeast that is open to the public.

The home is open daily for tours, and the interior decor remains nearly the same as it was when the Rosenbaums raised their family there. Tours take roughly 45 minutes, and the guides are a wealth of information about not only the Usonian style of architecture but on the history of the Rosenbaums themselves.

Just down the road in Tuscumbia, the Helen Keller Birthplace Museum pays homage to one of the most impressive and uplifting human beings ever to walk this earth. Named “Ivy Green,” this Southern estate was home to Helen Keller, a young girl who was struck deaf and blind after suffering an illness when she was 2 years old.

Another worthy stop in the area is the Kennedy-Douglass Center for the Arts, which hosts a wide variety of rotating art exhibits, programs, and activities.

However, one of the most touching and surprising places I visited near Florence was a place called Tom’s Wall.

Tom’s Wall, created by a man named Tom Hendrix, is the largest unmortared wall in North America. Tom’s great-great-grandmother was a young Yuchi Native American girl named Te-lah-nay who was forced from her homeland in Alabama to march the Trail of Tears to Oklahoma. This young, teenage girl then walked more than 500 miles to return to Alabama. Years later, Hendrix began building a wall stone by stone to honor her. Today, his son continues the tradition. The wall, which weaves back and forth, measures over a mile long altogether.

As you travel north along the Natchez Trace Parkway, one of your first stops should be the Wayne County Welcome Center. Wayne County is home to such towns as Waynesboro, Collinwood, and Clifton, all included in Nashville’s Big Back Yard, and this charming and well-curated welcome center is a great place to find out about the county.

The Dragonfly Coffeeshop and Store is located right behind the welcome center and offers up not only great coffee treats, but a slew of cute little items, local crafts, and fun jewelry.

Just up the road in Waynesboro is the Tennessee Fitness Spa, or what I like to call “summer camp for adults.” Technically a fitness camp and weight loss retreat, the camp is located in one of the most stunningly pretty natural areas in the region — the picturesque Natural Bridge.

The Natural Bridge is known as the only double-span natural bridge in the U.S. and creates a natural cave-like area fed by a spring. Native American tribes used the Natural Bridge as a sacred meeting spot, but the hidden cove was also used as a hideout by Natchez Trace outlaws including “The Bloody Harpers” and the Mason and Murrell Gang.

This area is open to the public on Sundays, but the fitness spa can be booked year-round.

I won’t lie when I say I fell a little bit in love with Linden, Tennessee. It is that picture-perfect small town that offers up charm, friendly smiles, and great shopping. I bought my new favorite pair of earrings at Sparky & Ringo’s and my new summertime sherbet-colored dress at Maizlee’s Boutique.

The Commodore Hotel breathed new life into this charming main street, but the outdoor adventures in the area (like a kayaking tour on the Buffalo River) really make this town a special place to spend time.

For a nice, moderate 2.7-mile hike to a stunning bluff outlook, head to the Lady’s Bluff Trail at Mousetail Landing State Park. The loop trail is a designated National Recreation Trail and it weaves through limestone glades and outcroppings and along spring-fed creeks.

Leipers Fork, located a mere 30 miles outside of Nashville, is by far the most successful and popular of the small towns in Nashville’s Big Back Yard. Once just a “wide spot on the road” full of dilapidated buildings, the unique little community was brought back to life by the unincorporated township’s residents and local business genius and leader, Aubrey Preston.

Today, Leipers Fork is full of art galleries, unique, hyper-local boutique stores, the world-class Spa at Leipers Fork, numerous restaurants, and even its own distillery, the Leipers Fork Distillery.

You’ll find no shortage of places to stay, like the Pot N’ Kettle Cottages, and the open mic night at Puckett’s Grocery isn’t to be missed. Many up-and-coming Nashville hopefuls jump on stage for their two songs apiece. The night we were there munching on the Thursday shrimp boil, Vince Neil of Mötley Crüe surprised us all by hopping up to do a rendition of a Creedence Clearwater Revival song before disappearing again just as quickly.

You can easily spend an entire day exploring and shopping at Leipers Fork, gaping at the cute little gingerbread houses and old Victorian architecture, and eating biscuits at Country Boy Restaurant.

If you’re lucky, you might just run into one of the many celebrities who call Leipers Fork home.

Pro Tip: I didn’t get the opportunity to visit all 12 of the Nashville Big Back Yard towns, but if you get the chance, visit Hohenwald, home to the Lewis County Museum of Local and Natural History and the Elephant Sanctuary, the largest natural habitat sanctuary for elephants in the United States. 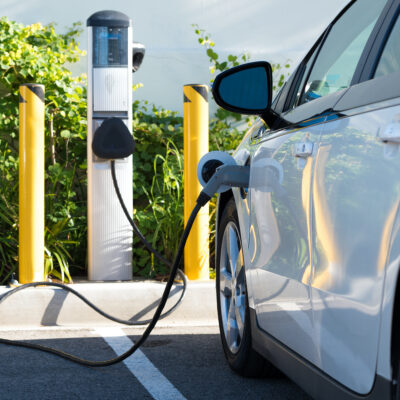 Road Trips In The U.S.Renting An Electric Car In California Vs. Florida: 4 Key Things To Know 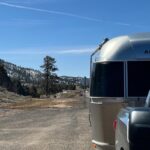 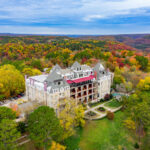 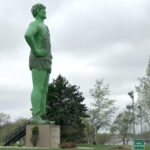