7 Reasons Retirees Are Falling In Love With Malaysia

Kara Williams
TravelAwaits participates in affiliate programs with various companies. We may earn commission when you click on or make purchases via links.

Malaysia may not be the first country you think of when considering spots to relocate after retirement. But the country consistently makes the list of top international destinations for retirees, thanks to its low cost of living, tropical location (close to many other Southeast Asian countries to visit), toasty weather (if you don’t mind constant humidity), and opportunities to delve deep into a rich and varied culture, where people are friendly and English is widely spoken.

Here are more details on just some of the key reasons why retirees are falling in love with Malaysia.

According to Tim Leffel, the author of A Better Life for Half the Price, an expat couple can live on $2,000 a month in Malaysia without being very frugal.

As in any destination, apartment prices will vary based on size, amenities, and location. American Kirsten Raccuia, who has made her home in Malaysia since 2013, notes on her Sand In My Curls blog that she pays $676 a month for a 2,100-square-foot, three-bedroom, four-bath apartment overlooking the water in Penang.

Consumer prices in Malaysia — namely groceries, local restaurants, transportation, and entertainment — are a fraction of what they are in the United States, according to data compiled by Numbeo. Similarly, services like housecleaning, childcare, and nail and hair care are inexpensive (Raccuia pays $5 per hour for a maid and $11 for a haircut). Imported items, alcohol (with its marked-up “sin tax”), and Western food will cost more.

Malaysia is consistently named one of the most popular places in the world for medical tourism, thanks to its well-trained, English-speaking healthcare providers and the country’s high standards for patient safety and service. Patients Beyond Borders says that medical procedures in Malaysia cost 65 to 80 percent less than they do in the U.S.

According to International Living, Malaysia has a two-tier healthcare system: government-subsidized and private. While public clinics and hospitals may be cheaper, even private care (with or without internationally accepted medical insurance) won’t break the bank in comparison to U.S. costs for care.

Raccuia, in a detailed blog post about medical care, says the country offers “premium healthcare for pennies on the dollar.” She says a doctor’s visit can be as low as $12, with a specialist costing $25. Dental cleanings at an upscale office are $30 a pop. Her sinus surgery with hospital stay totaled just $1,700!

3. Proximity To Other Asian Countries

The opportunity to travel easily, cheaply, and quickly to other countries in Asia is a huge bonus for folks who relocate to Malaysia. Kuala Lumpur, Malaysia’s capital, is an international travel hub. You can fly to Thailand, Vietnam, Cambodia, or Indonesia in less than 2 hours. It’ll take just 4 hours to fly to Hong Kong, and even Perth, Australia, is only a 6-hour nonstop flight away.

While Malay is the official national language of Malaysia, you’ll find English spoken regularly in the country, especially in the larger cities (less so in more remote, rural areas). It is a mandatory subject in primary and secondary schools, and it’s used at universities as well.

Darren Cronian quit his full-time job in England to become location independent in 2015. Since then he’s visited Malaysia often, and he actually lived in the country for 14 months when the pandemic shut down borders in 2020. He notes on his YouTube channel, “The people are the number-one reason why I keep coming back to Malaysia. I find the locals very friendly, very helpful, very cheerful.” He adds, “It helps that they can all speak good English — and certainly better English than I can speak Malaysian.”

5. A Variety Of Places To Live

Malaysia is split over two bodies of land: the Malay Peninsula, where it shares a border with Thailand, and the island of Borneo, which it shares with Brunei and Indonesia.

If you’re looking for a big-city, cosmopolitan lifestyle, you can have that in the capital city of Kuala Lumpur. Chances are, you’ll live in a high-rise apartment and never be more than a stone’s throw from a shopping center. Cronian notes that the vast network of public transportation is particularly impressive in Kuala Lumpur — helpful for getting around the urban area quickly and efficiently.

Penang is consistently named among the best islands to retire on by International Living; its main city, George Town, is renowned for its street food. This might be your spot if you want to live near the water (and eat particularly well).

Malacca (or Melaka) is a smaller city rich in history. Colonized by the British, Dutch, and Portuguese, the area is home to many historic colonial buildings standing alongside ancient Chinese temples. A quieter location is the island of Langkawi, with its pretty beaches and inland rainforest. It’s popular among expats because goods here — namely alcohol — are duty-free.

Still more remote, Kuching, the capital of Sarawak on the island of Borneo, is “amazing,” according to Cronian — “the perfect place for a slower, more relaxing way of life.”

You may wonder about crime rates in various areas of Malaysia. Generally speaking, the U.S. government’s Overseas Security Advisory Council (OSAC) rates Malaysia as a Level 1 threat, indicating that travelers should exercise normal precautions in the country. Specifically in Kuala Lumpur, the most common crimes include petty theft (purse-snatching and pickpocketing), smash-and-grab thefts from vehicles, and residential burglaries. “Violent and more serious crimes are considerably less common,” says OSAC.

Keith Hockton, International Living’s Malaysia correspondent, reports feeling quite safe living in Penang. He does suggest using common sense and taking simple precautions to stay safe and avoid robberies in Malaysia, just as you would at home: Use your instincts, don’t walk down dark alleys at night, and avoid wearing expensive jewelry out to the markets.

The aspects that make Malaysia a cool place to vacation also make it an inviting place to retire. The country is culturally diverse: More than half of the population is made up of people who are Malay (or bumiputera), but there are also many Chinese and Indian residents. Islam is most widely practiced here, but Buddhism, Christianity, and Hinduism are also observed — so it’s not unusual to see a mosque and a temple next to each other on a city block.

If white-sand beaches and turquoise water are your thing, you can find those in Malaysia, particularly on its islands. Scuba diving and snorkeling are fabulous in the clear water amidst colorful coral reefs. Then there are mangrove forests and jungles to explore — by kayak, by bike, or on foot. For the super adventurous, the world’s highest via ferrata — mountain climbing with fixed rungs and cables — is in Malaysian Borneo.

Thanks to Malaysia’s mix of cultures, the food in this country is out of this world. Penang’s George Town in particular is touted for its wide variety of cheap street food options.

In 2002, Malaysia launched the Malaysia My Second Home (MM2H) visa program, where foreigners meeting certain criteria (namely, proof of monthly income followed by a fixed deposit to a local bank) could get a renewable 10-year multiple-entry visa.

However, the Malaysian government suspended this generous visa opportunity in August of 2020, and as of this writing, it has not been reinstated.

For folks serious about relocating to Malaysia, it may be prudent to wait and see if the MM2H visa is once again made available to expats. Otherwise, for now, U.S. citizens (and those from many other countries) can visit Malaysia as tourists for up to 90 days without a visa.

Other Challenges Of Retiring In Malaysia

The tropical weather in Malaysia can be challenging. Not only is it consistently hot, but it’s incredibly humid. In Kuala Lumpur, average high temperatures can reach 90 degrees daily. “Thankfully, there are many air-conditioned malls to relax in and get away from the sun,” says Cronian. Rain comes in the form of downpours. “You’ll need to bring an umbrella wherever you travel,” since the forecast regularly calls for precipitation, he adds.

Sometimes the public water supply can be cut due to pollution or construction. However, Cronian notes that bottled water is plentiful at convenience stores. On that note, Raccuia says “the war on plastic isn’t being fought here,” with to-go drinks served in plastic bags with straws. Littering is common, she says.

And of course, if you’re relocating to Malaysia from the U.S., you’ll be far from family and friends. Hopping on a plane back to a family wedding or a best friend’s big birthday celebration isn’t as easy as it would be if you moved to Mexico. Just something to keep in mind as you explore different options! 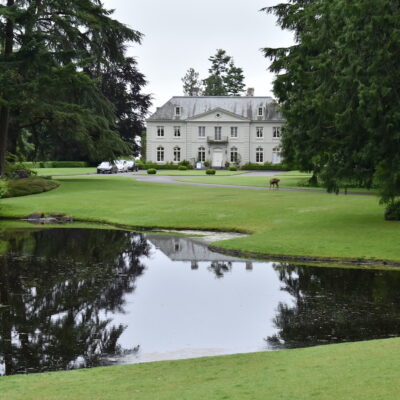 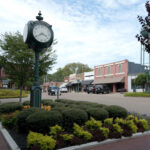 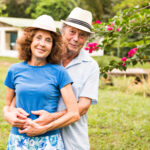