Did the earth move for you, too? Carole King sang the lyrics “’I feel the earth move under my feet” about falling in love. Falling when it comes to love isn’t half bad. But it’s not to be mistaken for the falling sensation of your building sliding into a sinkhole. Fortunately, there are warning signs as most sinkholes occur slowly. But we’ve all seen news stories where the earth opens like a trap door, swallowing up parking lots, roads, and even houses. When the dust settles, it’s human nature to be curious about what went down there, which is why sinkholes make such great tourist attractions. Here are some you can see for yourself.

In the early hours of February 12, 2014, a sinkhole 40 feet wide and 20 feet deep opened under the Skydome at the National Corvette Museum. Whoops! Eight one-of-a-kind Corvettes worth millions of dollars nose-dived to their doom. Motion detectors alerted security that something was amiss. According to a CNN report, the staff member sent in to investigate was “in shock all day.” The hole was so deep the vehicles looked like mangled Matchbox cars. In a surprise turn of events, visitor numbers jumped by 70 percent as people lined up to gawk at the mangled cars and that big hole.

It wasn’t feasible to keep the sinkhole, so the museum replicated the attraction with their Skydome Sinkhole Experience. Relive the collapse in a sinkhole simulator. View the security footage of the cave-in and the winched-up remains of those priceless Corvettes (car lovers, bring your tissues). Peek down at the cavern through a small glass viewing portal. Buy sinkhole-related merchandise, such as T-Shirts, postcards, and prints, in the gift shop. Apparently, sinkholes can be great for business.

Sinkholes aren’t generally a problem in Australia because of the dry conditions. But in Mount Gambier, South Australia, crater lakes formed over 5,000 years ago when volcanoes erupted, and the lava cooled to form a subterranean network of caves. The collapse of cave roofs left more than 50 sinkholes. Umpherston Sinkhole is named after James Umpherston, a retired farmer and politician who had the vision to turn a gigantic sinkhole into a sunken garden in 1886. Also called the Secret Garden, the downward leading terraces are veiled by curtains of vines as if one were entering the Hanging Gardens of Babylon.

In the height of summer, this is a cool, dank sanctuary. Walk down the gentle ramp to the viewing point. People on the cave floor beneath appear as mere dots. Reaching them involves steps — lots of them. Of course, it’s worth the climb. How many people can say they have explored the bottom of a sinkhole? The Jurassic-like gardens have colossal tree ferns and towering palms. Enjoy the lush lawns, sculptures, and water features. You can also hand feed the possums with chopped fruit when they venture out into the floodlit gardens at dusk.

While Umpherston is in the town of Mount Gambier, the Kilsby Sinkhole is a 16-minute drive away and in the middle of a sheep paddock! It’s a sink-or-swim experience as this 213-foot deep sinkhole is full of water. Originally Graham Kilsby used the water for farming until he discovered he had a coveted attraction — crystal clear water offering breathtaking visibility. Today Kilsby Sinkhole is world-renowned as one of the best sinkholes for diving. Shafts of sunlight pierce the water, making divers feel like angels descending through heaven or astronauts floating effortlessly in space. Land tours cost a few dollars to learn about the site’s geology and secret military history. Snorkeling is under the supervision of an industry-certified guide. Diving and freediving are permitted but only with approved operators.

To-Sua is perhaps the most beautiful and unusual place to swim on the planet. The sinkhole originated thousands of years ago when volcanic eruptions created a lava tunnel. When the roof cooled, it became too heavy and collapsed, lifting the lid on a natural circular swimming hole beneath. Owned by a local village family, To-Sua is surrounded by the lush, tropical gardens they lovingly tend. Setting off this vivid greenery, the water ranges from bright turquoise to sparkling emerald green. Take the nerve-racking climb down on the wooden ladder or a leap-of-faith jump from on high. Pacific Ocean seawater flows in through an underground channel, and tidal surges force water into the pool. Hold the strung rope provided for stability as you bob around like a cork.

Editor’s Note: To-Sua Ocean Trench also made our list of 7 Places Where You Can See The Bluest Waters In The World.

5. Darvaza Crater (The Door To Hell)

Darvaza Crater is a fire-and-brimstone sinkhole in Turkmenistan in Central Asia. The origins of this fiery pit are shrouded in mystery. According to some accounts, it was likely caused by pre-1991 Soviet drilling that took place back when Turkmenistan was part of the Soviet Union. Geologists were drilling on a large pocket of natural gas that couldn’t support their equipment’s weight. The site collapsed, taking the drilling rig with it. To stop the escape of toxic fumes, they decided to set this gaping pit alight, expecting the flames to die out in a week. That was in 1971, and the pit still burns 50 years later. This burning cauldron is about the size of a football field in the middle of the Karakum Desert. So don’t expect souvenir shops, water, or an entrance fee.

The Darvaza Crater is 160 miles from the capital of Ashgabat, a three-hour rough drive in a 4WD drive that includes sand dunes and roaming camels. Tourists can complete this trip in a day. But camping here is a once-in-a-lifetime experience. Nobody camps too close, even on the coldest desert nights. Those flames are hot as hell! That said, seeing the stars under a desert sky near this glowing red cauldron is magic.

Pro Tip: Turkmenistan travel agencies can organize these trips. Guides cook a traditional meal on the campfires. Unless you enjoy completely wild desert camping, ask whether the yurt camp you will stay in has a toilet tent.

As Batman would say, “To the bat cave! There’s no time to lose.” Devil’s Sinkhole is a vertical cavern with a 50-foot-wide opening and a depth of more than 400 feet. According to anthropologists, Native Americans may have regarded sinkholes as symbolic entrances to the underworld and used them as burial sites. Locals have found arrowheads and burned rocks here. The cavern is home to more than three million Mexican Free-Tailed Bats during the summer months. They emerge at dusk like a whirling 60-foot-wide tornado rising en masse in the air in a show that lasts up to an hour. The experience is only available for those on a Texas Parks and Wildlife tour. Guests approach the sinkhole in a bus that’s called — you guessed it — the Batmobile.

7. Top Of The Rock Golf Course

Golfers can only dream of hitting a hole in one. Mother Nature made their task easier in 2015 when she remodeled the Jack Nicklaus-designed golf course Top of the Rock by opening up a 70-foot-wide, 40-foot-deep sinkhole after heavy rainfall. Instead of filling it in, Johnny Morris, noted conservationist and founder of Bass Pro Shops and Big Cedar Lodge, stabilized the area and began excavations down to 200 feet. The removal of 108,000 loads of dirt and rock unearthed towering formations over 300 million years old. As they resemble spires, he renamed the site Cathedral of Nature for its sheer size and awe-inspiring grandeur.

Even Antoni Gaudi, the creator of the Sagrada Familia, would be impressed. But do more than stare. This area 10 miles south of Branson, Missouri, offers a host of activities. Shuttles run from The Top of the Rock welcome center to the Top of the Rock facilities where guests can enjoy multiple dining options such as Arnie’s Barn, Buffalo Bar, and Osage, plus sweeping views of the Ozarks from the highest point in Taney County. They can also take a peek at the Cathedral of Nature sinkhole. Other attractions include the Lost Canyon Cave and Nature Trail and the Ancient Ozarks Natural Museum. In 2018, plans were unveiled to build a Top of the Rock Lodge overlooking the Cathedral of Nature. Guests will be able to swim close to the edge of the now safe sinkhole in the lodge’s infinity pool. 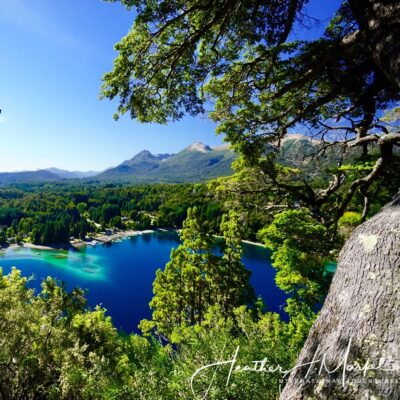 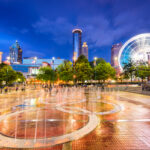 Sightseeing7 Olympic Venues In The U.S. You Can Visit Now 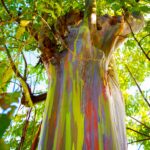 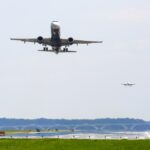 Sightseeing6 Best Places To Watch Airplanes Take Off And Land