The 7 Best Foodie Destinations In The World

I must admit I absolutely love to eat. Not cook or bake, but eat. And if I can try different cuisines, different interpretations of known ingredients, or things I have never come across abroad, then that’s so much better. I have always felt that tasting the local cuisine and sampling street food, together with strolling through local markets and supermarkets, tells you so much about a new country and its culture.

Being open to pretty much anything, at least trying it once, is part of discovering new places, and I have been known to research the local food in more detail than which museums to visit. Among plenty of hits, I certainly have encountered a few misses, but overall, eating out, be it in good restaurants or grabbing something from a street vendor, is one of the most fun aspects of traveling. Don’t you agree?

Here are some of my personal favorite foodie cities, all included on this list because memories of great food still linger with me long after I have visited. The places chosen are not necessarily on the list because the cuisines are all-round winners. It could just be a couple of items, places, or snacks, or simply the sheer diversity of what is available that has left an indelible mark on me.

But, be assured that if you like to eat, you will be happy visiting every single one of these foodie destinations. Bon appétit.

I first went to San Sebastian when my dad, on a family vacation in the south of France, decided to drive over to the northern Spanish or Basque coastal town to have lunch. I do not remember what we ate apart from that it was fish. Instead, I remember the two cats that took a keen interest in us while we ate. From the word go, I have associated San Sebastian with food.

Today, San Sebastian is not only full of pinxtos bars, the Basque equivalent of tapas, but also has more Michelin stars per square meter than any other city except Tokyo, including three restaurants with three stars. Add fresh seafood, lovely farmers markets, and a mix of Spanish, Basque, and French delicacies, and if you like food, this is THE place to go and stay awhile.

Pro Tip: To walk off some of the food, take the coastal path to Pasajes de San Juan. The trail is part of the Camino de Santiago and offers fabulous views across the bays and the sea.

For years now, there has been an ongoing debate as to whether Paris or Lyon is the food capital of France. This debate somehow leaves out other superb contenders such as Bordeaux or Toulouse, but that is another story. Choosing between the two, Paris and Lyon, Lyon wins in my eyes. Lyon has more consistently good food, meaning that you can pop into any restaurant and be reasonably certain you’ll leave well-fed. In contrast, in Paris, many restaurants simply rely on one-off trade from tourists and don’t care much about quality. Lyon has great markets, such as the Halles de Lyon, and those small bouchons, family-run bistros, that serve good, seasonal, and traditional food in often historic settings.

Pro Tip: There is so much choice that you might want to start with a guided food tour. Some are led by students at the Institute Bocuse, the famous local chef, whose influence can be found throughout Lyon.

When my daughter left for work experience in Bali as part of her university degree, I must admit that I had tried staples such as Nasi Goreng and Bami Goreng. Still, otherwise, my experience with Balinese or Indonesian cuisine was zero. Visiting her on the island was a revelation, and she took me around, introducing me to everything from cheap street food to more select restaurants. The martabak omelettes served at the night market and sweet martabak pancakes were my personal favorites. Add a fine-dining cuisine that merges traditional Balinese with colonial Dutch influences, the fresh fruit and seafood, and the simple grilled corn on the cob found at street corners, and I ate practically all day long.

Pro Tip: When in Ubud, don’t miss the peanut-encrusted prawns with green mango salsa at the pretty Three Monkeys Café on the main street.

Melbourne is a fabulously varied foodie city. With immigrants from all around the globe, you get the best of every cuisine, plus some superb Australian food, of course. I can tell you where to get my favorite Phô, Japanese bento boxes, or the best Spanish food I have ever eaten, but I suppose you better try some of Australia’s delicacies when there. Breakfast, a big breakfast, is a must. Aussies do superb scrambled eggs with thyme mushrooms on sourdough toast. Add avocado or bacon as you wish, and you are set up for the day. My favorite breakfast place is probably 8 Days Café or Fitzrovia.

For the most Australian of all fish, the Barramundi, head to Donovans, which has a great view. For the best grilled snags, i.e., sausages, go to the home-improvement store Bunnings. During the weekend, there is always a decent snag stand outside.

Pro Tip: If you see kangaroo steak on the daily specials menu, please order it. And make it medium-rare. Sustainable, lean, and so good.

The first time I visited Beirut, I ended up in a seaside restaurant recommended by a friend, and even though I only ordered a main and a salad, the food kept arriving. Entire heads of cabbage, carrots, various salad things, bowls of green almonds, breads, and more. And that was just the complimentary stuff in addition to what I had ordered. Lebanese cuisine is a revelation: from snacks such as kibbeh, fried balls of meat, pine nuts, and spices to falafel; from starters such as hummus and fattoush salad to tabouleh and manakish bread topped with za’atar, a herb mix, sesame seeds, and olive oil. It does not matter if you sit in an expensive restaurant on the seafront or outside a juice shop in the old town, food will always be fresh, plentiful, and scrumptious. And that is before I even get to mention the honey-dripping sweet things.

A culmination of Egyptian, Mediterranean, Persian, Roman, and French influences, Lebanese cuisine can be found in every country. Still, it is best enjoyed in situ, preferably sitting outside somewhere on a balmy evening.

Pro Tip: If you do not know where to start sampling, order mezze, and you’ll get a mind-boggling array of small nibbles, giving you a chance to home in on potential favorites.

Cape Town’s cuisine has such a mix of influences that you can eat something completely unique every day throughout your stay. From influences across Africa to remnants of colonial inspirations, from whole new concoctions evolving from all the above to each different ethnicity calling the Mother City home, Cape Town is a great place for foodies. Eat koeksister doughnuts for breakfast, freshly caught kingklip fish for lunch, and end up grabbing a Boerewors from a stall and nibble on some biltong while downing a cold beer later that night, and you won’t get bored.

Pro Tip: While South African cuisine looks at first glance very meat-heavy, and it really can be, don’t worry if you are not that keen. Many of the typical dishes such as Bunny chow, bobotie, and curries have vegetarian options, and there is always fresh seafood on the menu.

Traveling to Japan is still very much how traveling must have felt like in the old times: Everything feels so different and unknown, from the language to the culture and traditions. Although we all now know sushi, the cuisine overall is still quite a challenge for the uninitiated. And Tokyo has it all: from commuters munching from bento boxes in train stations to dried fish and squid snacks in corner shops; from old tea rooms or shrimp burgers at McDonald’s to traditional restaurants, which will be a challenge to your knees, if not tastebuds. While many places have menus with pictures, that still does not make it much easier for travelers to sample local food. Unless you know your way around Japanese food, I would suggest a guided tour to introduce you to some of its quirks and etiquette.

Pro Tip: While I don’t usually recommend eating in international restaurants, in Tokyo, there are some truly superb ones, such as a Michelin-starred sushi restaurant or one that specializes in light tempura delicacies. And, the best thing is, you can order and ask about all the food in English, learning a little more before you head out into big, busy Tokyo alone.

American farmer and author Joe Salatin is quoted in saying: “This magical, marvelous food on our plate, this sustenance we absorb, has a story to tell. It has a journey.” Enjoy the journey! 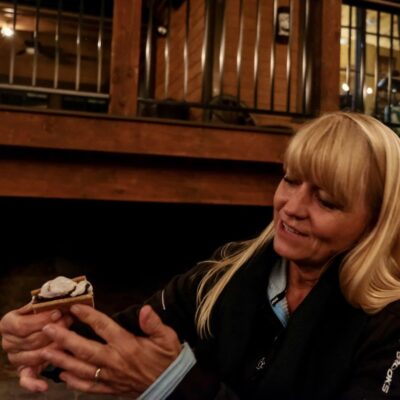 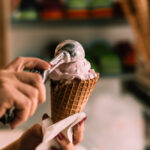 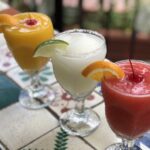 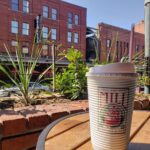 Food and Drink9 Unique Coffee Houses To Try In The Midwest