NASA has a long history of launching humans into space — going back to Alan Shepard in 1961. Now another mission will launch in a few weeks, and there are a number of ways you can join in the excitement.

On April 22 at 6:11 a.m. EST, NASA’s SpaceX Falcon 9 Crew-2 mission will launch from the Kennedy Space Center in Florida, NASA explains. The mission will take two American astronauts, one Japanese astronaut, and one astronaut from the European Space Agency to the International Space Station.

As part of NASA’s Commercial Crew Program, NASA and SpaceX have been sending astronauts to the International Space Station — launched on an American rocket from the U.S., NASA explains. Not only is the SpaceX Crew-2 the second crew rotation mission that has four astronauts flying on a commercial spacecraft, it’s the first mission that also has two international partner astronauts, NASA.

“NASA’s SpaceX Demo-2 test flight — completed in 2020 — was the final demonstration flight of the Crew Dragon. It was followed by NASA completing the certification of the Crew Dragon system ahead of the Crew-1 mission,” NASA explains. “All four astronauts were assigned to the Crew-2 mission in July 2020 and began working and training on SpaceX’s next-generation human spacecraft, and for their long-duration stay aboard the space station.”

The Falcon 9 two-stage rocket designed and manufactured by SpaceX is the “world’s first orbital-class reusable rocket,” according to SpaceX. Reusability is a critical feature, SpaceX explains, because it allows reusing the most expensive parts of the rocket. As you would expect, that significantly lowers the cost of space missions.

The mission’s astronauts include NASA astronauts Shane Kimbrough and Megan McArthur — who, respectively, are the spacecraft commander and pilot. The other astronauts are Akihiko?Hoshide from the Japan Aerospace Exploration Agency and Thomas?Pesquet from the European Space Agency. Hoshide and Pesquet will serve as mission specialists.?

The crew is scheduled to work aboard the International Space Station through the fall of 2021. While they are on the space station, they will conduct “science research in areas such as medical technology, human health, and materials to benefit life on Earth,” NASA explains.

How You Can Watch The Launch

There are a number of ways you can watch the launch. If you are lucky enough to be in Florida, you can watch the SpaceX Crew-2 launch in person. Tickets must be purchased online and in advance. Get information about purchasing launch viewing packages, plus all our tips for experiencing a rocket launch at Kennedy Space Center here.

Fortunately, there are plenty of options for everyone who can’t watch the launch in person. For instance, you can attend the launch virtually — “receiving mission updates and opportunities normally reserved for on-site guests,” NASA explains. More information about attending virtually can be found here. 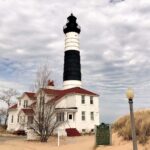 MichiganHow To Spend A Long Weekend In Quaint Ludington, Michigan 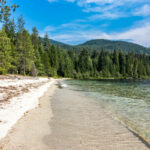 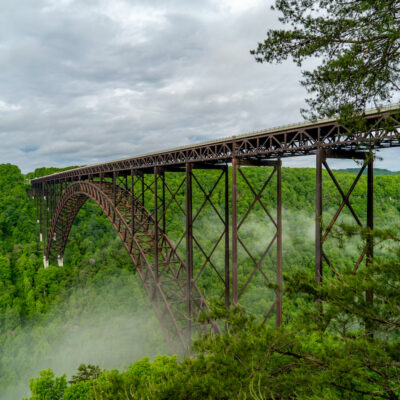 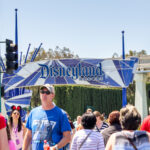