Rocky Mountain National Park To Require Reservations Starting In May

Rocky Mountain National Park, which sits just outside Estes Park, Colorado, is one of the country’s most popular — and as a result, most crowded — national parks. Various park officials met with the Estes Park town board earlier this week to explain that the park will require reservations this summer as a means to ease crowding and subsequent congestion.

Although nothing has been officially announced, the park plans to implement a two-tiered timed-entry reservation system this year from May 28 to October 11, reports the Loveland Reporter-Herald. The first type of reservation will be for the enormously popular Bear Lake Road Corridor (BLRC), while the other reservation will only allow access to the rest of the park, the Estes Park Trail-Gazette explains.

It’s important to implement this type of system because officials at the U.S. National Park Service expect visitation to grow this year as people search for outdoor activities while the COVID-19 pandemic continues.

Rocky Mountain National Park, which is about two hours away from Denver, has 415 square miles of land and is home to 76 mountains that are all over 10,000 feet tall. The park’s beauty and proximity to Denver both help to explain the park’s popularity.

Since 2012, the park has broken visitation records six times, according to the Associated Press.

Visitor count jumped from 2.95 million in 2010 to 4.7 million in 2019. And although the park only had 3.3 million visitors in 2020 due to COVID-19 park closures, it was still the fourth most-visited national park, according to the National Park Service.

Park management realizes congestion is an issue. It even advises visitors that, in the summer and fall, “between 9 a.m. and 3 p.m., you can expect long lines and wait times at entrance stations, full parking lots, congested roads, and busy trails.”

Last year, due to COVID-19 restrictions, Rocky Mountain National Park implemented a reservation system intended to limit visitation. However, park officials soon realized that the Bear Lake Road Corridor “remained near full, or near capacity, throughout the day while the rest of the park was highly underutilized,” Visitor Use Management Planning Specialist John Hannon said at the meeting, reports the Loveland Reporter-Herald.

The park will be making one other significant change this year: It will limit the total number of visitors to roughly 75 percent of the park’s total parking capacity.

“It better utilizes the parking and trailheads by spreading the use throughout the day, but also throughout the park,” Hannon reportedly told the town board.

While the changes have not been formally announced, they have been approved by the Department of the Interior, which manages the national parks, the Estes Park Trail-Gazette article notes.

In the meantime, Rocky Mountain National Park is open, although face masks are now required in park buildings and while physical distancing cannot be maintained in areas where people congregate, like trails and pull-offs. 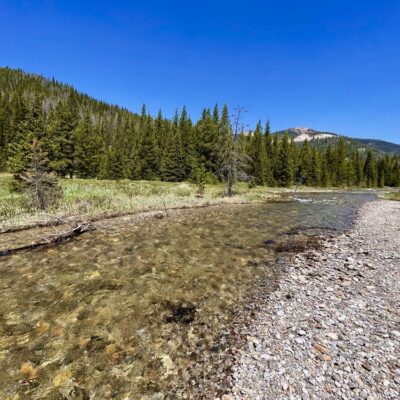 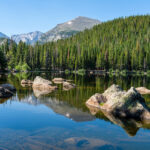 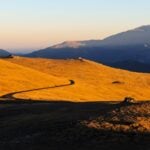 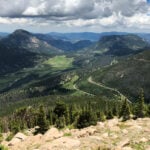