Delaware In The Spotlight: Following In President Biden’s Footsteps

Delaware is a pretty diminutive state (one nickname is even “The Small Wonder”). To Delawareans, that’s a good thing. You can zip between the state’s high spots pretty easily. In some areas, everyone seems to know everyone else. And that’s why the saying “Everyone Knows Joe” is not surprising. President Biden is a friendly guy — he has always seemed to enjoy his state’s close-knit neighborhoods while grabbing a burger or a slice and chatting with folks. You might even run into President Joe at his favorite haunts.

Many people who live in Wilmington are proud that the President has been bringing more attention and more visitors to their city, which is actually filled with beautiful outdoor spaces, the arts, and a vibrant food scene. Here are some of the places in Wilmington and beyond that are the President’s favorites.

1. Visit The “Beating Heart” Of The Presidential Campaign

Chase Center on the Riverfront in Wilmington was part of a massive revitalization project on the banks of the Christiana River before becoming a convention and banquet center. In 2020 the Chase Center became the beating heart of the Democratic National Convention and the place where President Biden made his acceptance speech, with cars lined up in the parking lot and fireworks exploding into the dark night.

The nearby Wilmington Riverfront area is also a great place to visit and is considered the scenic heart of downtown. It offers everything from a wildlife refuge and a river taxi to mini-golf and a children’s museum plus lots more.

Pro Tip: There are both meters and free lots in downtown Wilmington. Lot parking is free at the commuter parking lot on Justison Street near the Riverfront restaurants, hotels, and the Chase Center.

The Wilmington train station (built in 1907), just 5 minutes from the Chase Center, was renamed the Joseph R. Biden, Jr., Railroad Station in 2011. For years President Biden has jokingly been called “Amtrak Joe” for the estimated 8,200-plus round trips he has taken since he was a young senator in the 1970s. In those days, he was a regular on the 90-minute journey between Wilmington and Washington, D.C.

3. All Hail The (Wilmington) Queen

The Queen has been known since 2011 as the major live concert venue in Wilmington and is located just a few blocks from the train station. It has been the site of many of President Biden’s campaign appearances — news conferences, television commercials, and even his interview on 60 Minutes with Norah O’Donnell. First named the Indian Queen Hotel in 1789, the building was converted into a movie theater in 1916 and showed films until it was closed in 1959. After many years of deterioration, it reopened in 2011 after a $25-million overhaul. The venue will hopefully be regularly scheduling music events after the pandemic.

4. Stay At The Grande Dame

Besides being the upscale place to stay while visiting Wilmington, the historic Hotel du Pont has been the site of many of President Biden’s political activities, beginning in 1972 during his run for the Senate. More recently, President Biden delivered remarks on coronavirus from the ballroom here on March 12, 2020. Built in 1913, this elegant Italian Renaissance-style hotel has also welcomed such luminaries as John F. Kennedy, Archbishop Desmond Tutu, and many others.

Pro Tip: Check out Le Cavalier, the restaurant in the Hotel du Pont. Its focus is contemporary French brasserie dishes, with a touch of North African and New Orleans flavors.

St. Joseph on the Brandywine, built in 1841, is one of the oldest Catholic churches in Delaware. It is located near the President’s home in Greeneville, and he continues to attend services when he is home. The church has been at the center of the Catholic community since thousands of Irish Catholic immigrants came to Wilmington to work at the E.I. du Pont de Nemours Company in the 1800s. The graveyard at St. Josephs is the burial place of the President’s beloved son Beau, as well as his first wife, Neilia, his daughter Naomi, and his parents.

6. Cheer On The Blue Hens At The University Of Delaware

President Biden double-majored in history and political science at the University of Delaware in downtown Newark, graduating in 1965. The President also played freshman football, and he and Jill Biden can sometimes be spotted cheering for the Blue Hens football team at the University’s stadium. Joe Biden was also freshman class president, a harbinger of his future. When you wander the campus, you’ll pass the Joseph R. Biden, Jr., School of Public Policy and Administration (renamed in his honor in 2018).

Jill Biden has taught at Northern Virginia Community College in Alexandria since 2009. Much of her career as a teacher and professor has been in Delaware. She taught English and writing at Delaware Technical Community College until 2008, and before that taught English at Brandywine High School in Wilmington. Jill Biden earned her Doctorate in Education at the University of Delaware in 2007.

8. Spot The President On The Trail Or At The Beach

In 2017 the Bidens bought a vacation home in North Shores overlooking Cape Henlopen State Park, a short drive from the resort town of Rehoboth Beach. It’s the perfect getaway for the President — a bit more than 2 hours east of Washington, D.C., and about 1.5 hours from his home in Wilmington. The President and his wife have been spotted bicycling and hiking along the paved trails of the park (followed by a bike-riding Secret Service detail).

The Delaware coast here is a favorite for bird watchers, beach lovers, and hikers. In 1998, then-Senator Biden led efforts to transfer more than 1,200 acres of prime land from the military to the state of Delaware. He was also instrumental in creating the Biden Environmental Training Center in what was formerly a U.S. Navy Reserve training building.

Pro Tip: The President has long been a fan of Rehoboth Beach and has been spotted many times enjoying a sugar rush at the Ice Cream Store and at Double Dippers nearby. The Bidens also visit the Browseabout Books on the main drag in Rehoboth, which has shelves of books by and about the couple as well as tourist memorabilia dedicated to the President. There are the usual mugs here, but there is also a Biden action figure and a Biden-scented candle that smells like one of his favorite drinks — orange Gatorade.

President Biden is often spotted at some of his favorite food haunts in and around Wilmington — and he is known to be a BIG fan of comfort food.

The President has declared that Capriotti’s is “the best sandwich shop in America.” Housed in the heart of Wilmington’s Little Italy, this unpretentious “garlic-scented” sub shop was founded in 1975. Capriotti’s most famous sandwich is the Bobbie, “an extravaganza” of homemade turkey, cranberry sauce, stuffing, and mayo on a roll.

A favorite take-out spot for the Bidens is Bardea Food and Drink, not far from the Queen concert hall. The President famously took his wife Jill for a birthday dinner here a few years ago. Cafe Verdi is an Italian restaurant in the Trolley Square neighborhood. Besides being a destination for many in the Biden family, President Biden’s daughter Ashley worked as a waitress here. According to the locals, President Biden’s favorite here is chicken parmigiana.

Piccolina Toscana on N. Dupont Street is another Italian favorite of the President’s. His favorite dishes here are reported to be either the cappellini al pomodoro and the penne al pomodoro. The restaurant catered Ashley’s wedding reception at Biden’s home in Greenville.

It is said that President Biden has frequented the Charcoal Pit ever since his high school football days. He also famously introduced President Barack Obama to the Pit on Route 202. Visitors seem to enjoy the neon sign, jukeboxes, and vinyl booths from the old days, and many families have been coming here for generations. 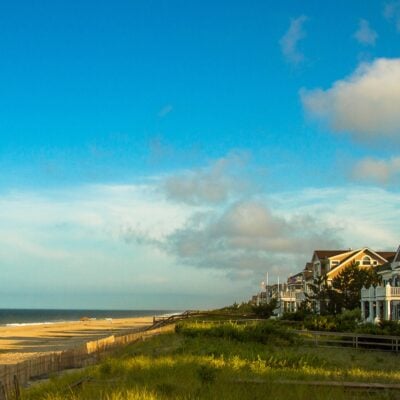 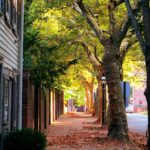 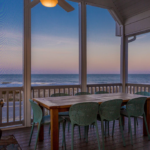 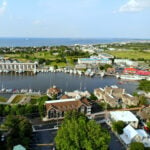