6 Adorable Villages Beloved By The French

Richard Nahem
What Are Your 2022 Travel Plans?

So many of the best places to visit in France are the charming villages that dot every region of France. From the Cote d’Azur to Provence to the Dordogne in southwest France to the Loire Valley to the hilltop villages in mid-France, each village has its own distinct personality. We have gathered a list of six villages across various regions of France that are beloved by the French — and that we know you will enjoy, too.

Sarlat, in the Perigord Noir region in southwest France, is a medieval village densely populated with historic monuments and sites. It first developed in the 13th century when a Benedictine abbey of Carolingian origin was started there, and after the 14th century, Sarlat was an episcopal city where bishops and consuls were in power.

There are a number of historic homes and mansions from centuries ago in Sarlat, but Manoir de Gisson is the only one open for public viewing. The outside structure has two buildings in different architectural styles, joined by a hexagonal tower from the 13th century with a staircase. Inside the house is a collection of period furniture, original fireplaces, floors, and architectural details. The vaulted cellar has a cabinet of curiosities, a sometimes-scary potpourri of 17th- and 18th-century artifacts and souvenirs that sailors and explorers collected on their foreign voyages.

At the front of Manoir de Gisson is Place du Marche aux Oies, where a statue of three geese marks the spot of the former goose square, an important trading post for selling geese.

Foie gras, mushrooms, truffles, preserved duck and fresh duck breast, walnuts, and honey are among specialties of the region and are sold, along with dozens of produce options and other food products, at the farmers market open on Wednesday morning and all day on Saturday.

Pro Tip: While you’re in Sarlat, visit Saint-Sacerdos Cathedral. One of the oldest cathedrals in the village, Saint-Sacerdos was constructed in 1317 but rebuilt in the 1680s, combining the Roman and Gothic architectural styles.

Named after the berry-flavored French liqueur, Cassis is a lovely fishing village in between Nice and Marseilles on the Mediterranean Sea. Cassis is flanked by two natural wonders, Massif des Calanques, a national park with high stone cliffs, and Cap Canaille, an area with rugged bluffs made of sandstone and limestone.

Stroll around the Port de Cassis area, with dozens of sailboats and yachts, to appreciate the pastel and earth-color painted buildings and savor a seafood feast at one of the dozen or so restaurants surrounding the port.

The Chateau de Cassis is a hilltop castle converted into an upscale bed and breakfast. The historical property from the 13th century has six individually decorated suites, plus a heated outdoor swimming pool and landscaped gardens.

One of the most fun things to do in Cassis is to take a Calanques boat tour. The small boats leave frequently from the Port de Cassis, mornings from 9:30 a.m. to 12 noon and afternoons 2 p.m. to 6 p.m. The boats tour the inner canals with the white rock, high cliffs, and aqua blue water, and many of them are only viewable up close by boat. Tour lengths vary from 45 minutes, during which you’ll visit three Calanques, to 3 hours and 15 minutes, during which you’ll view all the Calanques between Cassis and Marseilles.

L’Isle-sur-la-Sorgue is in the heart of Provence, located about 15 miles from Avignon, the main city of the region. It’s best known for having the largest antiques and flea market in France and it attracts international buyers and clients searching for authentic and rare pieces. There are seven mini antique villages with over 350 dealers and shops which are open all year round. There’s an additional antique market on Easter and August 15, totaling 500 vendors plus a number of fine art galleries that accompany the antique market. The Tourist Office can arrange a tour of the antique market for you.

The renowned French poet Rene Char was born in L’Isle-sur-la-Sorgue, and Hotel Donadei de Campredon, a former private mansion from 1746, which was converted into Campredon Art Centre, has a permanent collection celebrating the life and works of the poet. The museum has seven other exhibition spaces, which have continuous exhibitions all year long, plus a bookshop.

The geography of L’Isle-sur-la-Sorgue includes various canals that make it a little Venice. Take a stroll over the bridges of the canals to explore the gothic and baroque architecture.

There’s also a wonderful Sunday morning food market, and every year on the first Sunday of August, there’s a floating market, a longtime tradition where vendors on little boats float on the canals and sell local flowers, cheeses, produce, and wine. The sailors wear Provencal costumes and some play music.

Editor’s Note: If you’re planning a trip to L’Isle-sur-la-Sorgue, consider Richard’s recommendations for how to spend a weekend in beautiful Avignon, France, too.

One of the more significant villages of the Lot region in southwest France, Rocamadour is set at the top of a dramatic gorge on a tributary of the Dordogne River. Rocamadour has attracted religious pilgrims from all around Europe since the 12th century, who have come to pray. It’s also where the sanctuary of the Black Virgin and the artifacts of the famous hermit Saint Amadour, who came to Rocamadour to seek solitude, are located.

There’s a cliff with a 216-step stairway (if you want to get your cardio in for the day, otherwise there’s an elevator) that leads you to a collection of 12th- to 14th-century sanctuaries/chapels where relevant relics are stored.

Grottes des Merveilles/Caves of Wonder are a series of ancient caves, approximately 150 million years old, which were discovered in 1920. There are gigantic stalactites and stalagmites and a room that has primitive paintings from 20,000 years ago.

There are two important religious sites to visit, the Basilique St-Sauveur, a basilica designed in the gothic and Romanesque styles built between the 11th and 13th centuries and visited by major religious figures, and the Chapelle Saint Michel, a 12th-century chapel covered by an overhanging rock. Inside is a series of well-preserved frescoes from the same period.

Throughout the 20th century, Mougins was a destination for artists, politicians, and celebrities. Located 15 minutes from Cannes and close to Grasse, Mougins is surrounded by a thick forest filled with pine, olive, and cypress trees. In the 19th century, Mougins processed lavender, jasmine, and roses and sold them to the famed perfumers in Grasse. Today those flowers decorate the houses of the village.

Mougins is also a culinary destination where a number of France’s top chefs such as Alain Ducasse and Roger Verge started their careers. The legendary L’Amandier opened in 1969, when there was only one other restaurant in the town and became famous around the world for its exceptional cuisine by chef Roger Verge. It is housed in a building from the Middle Ages that was the former courthouse of the Monks of Saint Honorat.

The Gastronomy Festival of Mougins is an annual, three-day culinary event that takes over the city in June. French and international chefs come to show off their culinary talent and skills. There are also food trucks, wine tastings, cooking classes and demonstrations, concerts, book signings, and meet-and-greets with chefs.

Given its close distance to Cannes and its size, many film stars and directors stay in Mougins during the Cannes Film Festival in May, including Elizabeth Taylor.

Pablo Picasso was the most celebrated resident of Mougins, living there for the last 12 years of his life before he died in 1973. Other residents and visitors have included Jean Cocteau, Winston Churchill, Yves Saint Laurent, Catherine Deneuve, Edith Piaf, and Yves Klein.

Voted the second favorite village in 2015 by the people of France in a competition of 22 villages, Montresor is in the Touraine region in the Loire Valley, close to the city of Tours.

The medieval village dates back over 1,000 years. The Chateau de Montresor is a fine example of medieval architecture and was first built in the 11th century. It was demolished in 1203 and rebuilt in 1393, and an exiled Polish count took residence in 1849. The chateau is now decorated in the Second Empire period with decor that dates back to 1852.

On the outskirts of Montresor is a five-mile hiking trail that passes the lovely Lake Chemille-sur-Indrois, which has sand beaches, boat rentals, fishing, and sailing.

The Collegiate Church of Saint John the Baptist, built in the 16th century, has a Renaissance-style facade and a gothic-style interior.

If you visit Montresor in July or August, at night, you will be treated to a dazzling laser light show that’s blasted on the ancient walls of the village and accompanied by music.

Since these are small villages, we recommend visiting them during the week, and not in August, when the French take their holidays. If you want to say overnight in these villages or anywhere nearby, it’s best to book your accommodations way in advance. 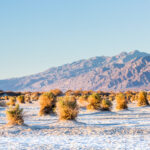 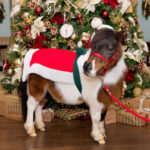