Best Theme Park Attractions To Visit With The Grandkids In 2021

Let’s face it, although 2020 felt like a rollercoaster, it was nowhere near as fun as a trip to an amusement park. In fact, for much of the year, theme parks were shuttered, and even when they reopened, the planned rollouts of many new rides and attractions were shelved due to restricted admission and lost work time. Enter 2021, and it’s the year of the theme park, with an array of exciting new rides and amusements gearing up to impress thrill seekers big and small this spring and summer. If you have grandkids you want to impress, entertain, and just enjoy spending time with, this is a selection of the newest, fastest, most innovative, and most exhilarating rides in the United States. Grab the grandkids and buckle up for an adventure!

Shrink down to rodent size and race with Remy, the gourmand rat star of Disney’s Ratatouille animated film, in this innovative new ride coming to Walt Disney World’s Epcot theme park. Set in the France pavilion of Epcot’s World Showcase, you’ll travel in a rat-shaped vehicle that moves across a “trackless” floor through oversized props and 3D animation. (Note that a similar version of this ride already exists in Disneyland Paris, so you can get a sneak peek to see if it will be a fit for your little ones). This is a “dark ride” that feels like you’re traveling through the streets of Paris and running — like a rat — through Gasteau’s Restaurant. It should be a win for preschoolers and up as long as they’re not afraid of dark spaces.

Pro Tip: Epcot is also undergoing a number of updates and renovations, including a fantastic new entrance area.

Opening spring 2021, Ice Breaker is SeaWorld’s first launch coaster, with four air-timed launches sending riders both backward and forward, culminating in the steepest beyond-vertical drop in Florida: a 93-foot-tall spike with a 100-degree angle. Even though this coaster sounds intimidating, the top speed is 52 miles per hour, and it never goes upside down, so it may actually be a fit for coaster newbies.

Located at Universal Orlando’s Islands of Adventure theme park, this will take you on a prehistoric journey to Jurassic Park with the VelociCoaster opening in the summer of 2021 that will be Florida’s fastest and tallest launch coaster. Be prepared to catapult to prehistoric predator swiftness up to 70 miles per hour and more than 150 feet in the air. This is for kids who love big thrills. If you’re not a fan, be sure to bring a “ride buddy” for your grandkids so they don’t have to ride alone.

Big coasters are big news in Florida in 2021, and not just in Orlando. Go further west toward the Gulf Coast to Busch Gardens to discover another high flying choice, the Iron Gwazi. This is a hybrid, meaning it’s a part-wood, part-steel coaster. It’s being billed as the tallest, steepest, and fastest in the hybrid category. Even if it didn’t hit all of those hybrid superlatives, this coaster is a doozy, with a 206-foot-tall peak, a 91-degree drop, and speeds reaching up to a scorching 76 miles per hour. There’s a 48-inch height requirement, which actually isn’t as high as the “extreme” rides here (this one is just designed “high thrills”), but nevertheless, don’t attempt this one with grandkids who aren’t game for big rides quite yet.

When Disneyland eventually opens its doors in 2021 (no date has been set yet by the state for theme parks reopening), Avengers Campus will be a top draw. This is where the Avengers and their allies will assemble to recruit the next generation of Super Heroes. The first experience to debut will be the WEB (Worldwide Engineering Brigade). This Spiderman-themed attraction occurs in an organization where young genius inventors gather to create technologies to give people superpowers. Advance word is that there will be no age/height requirements for this ride where you “sling webs” in a high-tech, 3D, motion-simulator car. The immersive land will also provide encounters with Avengers such as Iron Man, Black Widow, and Black Panther, as well as treats fit for a superhero at Pym Test Kitchen, where guests will taste super-sized and super-shrunk foods from Pym Technologies.

The Secret Life Of Pets At Universal Studios

The Secret Life of Pets: Off the Leash ride was originally scheduled to debut in 2020 at Universal Studios Hollywood but will now (hopefully) launch in the summer of 2021. This will be a great one for preschoolers, with a minimum height requirement of just 34 inches and a cuddly puppy theme. Riders will become stray puppies traveling the streets of New York City, with encounters with favorite Secret Life of Pets characters including Max, Snowball, and Gidget.

Southern California’s original theme park is celebrating its 100th anniversary in 2021. Knott’s Berry Farm is an old-school charmer, and it still retains an old-fashioned charm and a focus on family entertainment. Knott’s Bear-y Tales: Return to the Fair is a new interactive ride using 4D technology and gentle movement as riders use “jelly blasters” to try and score points while recovering boysenberry pies. It’s good for preschoolers and up. The ride will open after California gives the all-clear for theme parks to reopen.

Pro Tip: If the ride leaves you craving a slice of pie, you can buy some at the on-site Ghost Town or Farm bakeries (and lots of other homemade sweet treats, too).

If you had to guess, where would you say the world’s tallest, fastest, and longest single rail coaster was located? Orlando, maybe? Possibly California? Maybe even Las Vegas or Dubai, both known for their over-the-top displays? Nope. The honor of the most stomach-lurching ride on the planet will be in Jackson, New Jersey, at Six Flags Great Adventure, when the Jersey Devil Coaster launches into action this summer. The South Jersey theme park has become a destination for adrenaline junkies drawn to dare devil-level thrill rides. The Jersey Devil will offer three intense drops, a 180-degree “stall” (meaning you’re hanging upside down for an extended period) and a zero-g roll. Although admission details weren’t released yet at press time, it’s best to assume that this ride’s minimum height requirement will be 54 inches, as is the case for Great Adventure’s other thrill rides, so not the best spot for grade-schoolers or anyone afraid of heights.

There’s good news for fans of the primary-colored building blocks and the interactive theme parks that bear their names. A brand new LEGOLAND park is opening in upstate New York in the summer of 2021 with all the building and ride fun. It’s the first major theme park to open in the Northeast in more than four decades. LEGOLAND is perfect for kids in the age 2-to-12 range. Older teens can find the rides a little too tame but may still have fun checking out the intricate replicas of iconic buildings such as Yankee Stadium and the Empire State Building. Among the highlights are seven themed lands, over 50 rides, shows, and attractions, and experience the global debut of the LEGO Factory Adventure Ride (where guests will be transformed into a LEGO Minifigure!) and the perennially popular LEGO Driving School where you get a souvenir license to take home with you. You can even spend the night in a LEGO-themed room, including Pirate, Kingdom, LEGO Friends, and LEGO NINJAGO themes!

Pro Tip: Prepare nervous kids for new rides by taking a virtual tour or watching ride videos before you visit the theme park. This helps them determine whether a ride is in their comfort zone before they’re confronted with it in real life. 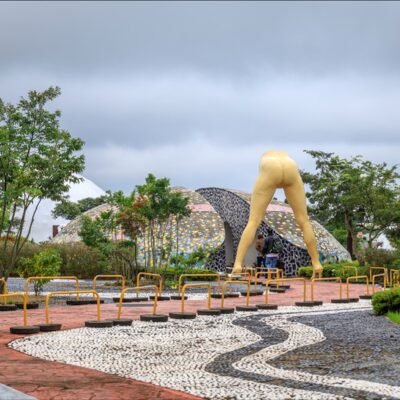