Everything You Need To Know About Chinese New Year 2021

Every country on earth has one or two holidays that represent its sense of national pride or a spirit of togetherness. In the U.S., many might say that the Fourth of July and Thanksgiving are our most important holidays. In China, that holiday is the Chinese New Year.

Unlike New Year’s Day as it’s recognized around most of the world, which China has also recognized since 1912, the Chinese New Year, or Spring Festival, is based on the Chinese lunar calendar and lasts 16 days. It is meant to symbolize the end of the cold days of winter and the welcoming of spring, planting harvests, and fresh beginnings. One aspect of the Chinese New Year that many find interesting is its use of the Chinese Zodiac signs. We’ll get more into that in just a bit.

In 2021, the Chinese New Year will begin on February 12 and run through February 26th, when the end of the holiday is celebrated with the Lantern Festival.

Each of the 16 days of the Spring Festival is marked with specific meals, traditions, and even superstitions. For example, after New Year’s Eve, and on the first day of the festival, firecrackers are used to welcome the new year and good luck. It’s also a traditional day of leftovers and Tu Su wine — made by infusing wine with rhubarb and herbs. It is believed that everyone in the home must drink some Tu Su to ensure a healthy year, and everyone in the house is forbidden to clean or sweep, lest they will sweep away their good fortune.

Throughout the celebration’s 16 days, some traditions run unabated. Everything is decorated with the color red, and it has nothing to do with the nation’s Communist government. According to a longstanding legend, firecrackers and the color red were weapons used to scare off Nian, an ancient monster. Now the color is used in nearly all Chinese New Year decorations.

The longest holiday on the Chinese calendar ends with the first full moon of the (lunar) year and is a night of partying called the Lantern Festival. The tradition dates back 2,000 years to a time when women were not permitted outside the house. But on this night, they could stroll freely, lighting lanterns, playing games, and interacting with their neighbors. In more modern times, the night is celebrated with moon gazing, riddles, lion dances, and of course the lighting of the majestic lanterns.

Perhaps the most interesting thing about the Chinese New Year is its zodiac. The Chinese zodiac is a repeating 12-year cycle of animal signs, in which the attributes of the animals are said to be reflective of the year and those who are born during it. The 12 zodiac signs are Rat, Ox, Tiger, Rabbit, Dragon, Snake, Horse, Goat, Monkey, Rooster, Dog, and Pig.

The Spring Festival marks the transition from one zodiac sign to the next. February 12, 2021, will mark the transition from the year of the rat to the year of the ox. The Chinese Zodiac comes with its own traditions and superstitions as well. Many believe that it’s a sign of good luck when their year comes up, but that is not correct. The legend says the sign of your birth year represents a “hurdle you must jump over.” It’s suggested that to keep bad spirits and bad fortune away during your year, you should wear red underwear — every day.

According to the website Chinese New Year, the Chinese New Year is celebrated by an estimated 20 percent of the Earth’s population. If you’ve never tried celebrating, they suggest using the holiday to introduce your family to a new culture. The website is filled with dozens of ideas for activities, food choices, and more. In preparation, you can also read up on 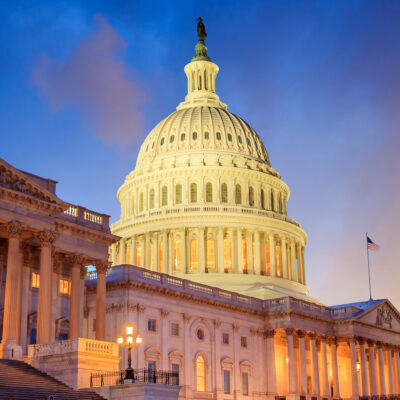