This Is The Most Popular Airbnb In Idaho, And It’s Incredibly Gorgeous Inside

Jordan Palmer
All products featured on TravelAwaits are independently selected by our writers and editors. We may earn commission when you click on or make a purchase via our links.

It’s real, and it answers the age-old question, “what do you do with a six-ton potato after it tours the entire continental United States over seven years?” The answer: turn it into the most unique Airbnb in the entire state of Idaho.

That is exactly what Kristie Wolf did. The former Big Idaho Potato Tour spokesperson recycled the giant potato star from the Idaho Potato Commission’s potato tour and brought it home to her 400-acre farm just south of Boise. Now, the Big Idaho Potato Hotel is the most popular Airbnb vacation spot in the state.

“I called dibs on it immediately,” the Idaho native told TODAY Home in 2019. “I had already been sketching it. It was going to live in my backyard, and I was going [to] make it into a rental.” When she got the news the potato was retiring, she got to work.

The giant potato is 28 feet long, 12 feet wide, and 11.5 feet tall; it sleeps two in a custom-built bed, is air-conditioned, and comes with several amenities, such as power outlets, a mini fridge, and old records to play.

Inside, the potato is pretty simple, so Wolf has made the property more inviting by adding a farm silo, just steps away from the potato, that doubles as your bathroom and spa. The spa features a giant whirlpool, a fireplace, and a large skylight. Visitors can enjoy a soak while with a view of the incredibly starry Idaho night sky and the breathtaking Owyhee Mountains.

The Big Idaho Potato Hotel surged in popularity after Airbnb released a report that identified a new trend of “wish list wanderlust,” a phenomenon where Americans daydream about traveling but want experiences they might not have thought about pre-pandemic.

“Airbnb looked at which listings tourists were adding to their wish lists the most in every state,” Maddie Capron of the Idaho Statesman wrote. “In typical Idaho nature, the ‘most wish listed’ stay is the 6-ton potato model that was repurposed into a one-bedroom mini hotel.”

Oh, did we mention the cow? Yes, while you’re a guest at the Big Idaho Potato Hotel, you get to visit with the cute jersey cow that shares the property with you.

Does sleeping in a giant potato sound a-peeling? If so, reservations are accepted online. And while you’re staying in your potato, consider these great Idaho hikes. 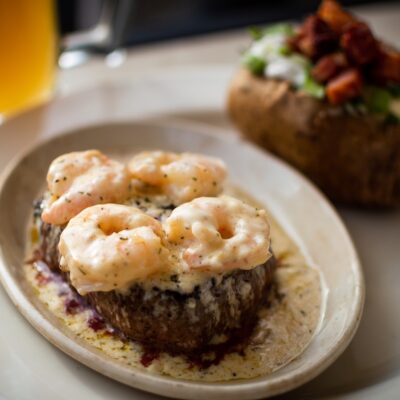 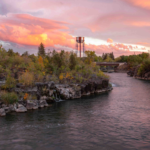 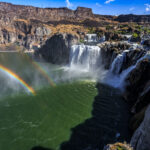