5 Beautiful Lighthouses To Visit On The North Carolina Outer Banks 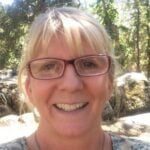 It seems we are drawn to lighthouses. The allure may be different for different people, but nonetheless, there is an undeniable attraction and fascination. For some, it may be the romance of the sea and shore surrounding these proud sentinels. For many, the lights have come to embody strength, give hope, and symbolize perseverance even in the strongest storms.

North Carolina’s first lighthouse was lit in 1794, over 200 hundred years ago. Over the years, two dozen lights have dotted the shoreline. Today, North Carolina boasts seven operational coastal lights (here’s a map). Their role in the state’s maritime history, along with heroic tales of lightkeepers, makes these towers true treasures.

The four northernmost North Carolina lighthouses are on the Outer Banks, connected by North Carolina Highway 12, all within a three-hour drive (114 miles) of each other, with a short hop over the Roanoke Sound on Highway 64 to the fifth light, in Manteo.

I love lighthouses. Every lighthouse I visit becomes my favorite, so I couldn’t list “the best.” From north to south, here are the five North Carolina Outer Banks lighthouses.

Fun fact: Lighthouses have different paint schemes, called day marks, for navigational purposes. Just like they have different light “flashes” at night, a ship will know where it’s at by the day marks.

The northernmost light is Currituck Beach Lighthouse in Corolla. It was first lit in 1875, the last Outer Banks lighthouse to be built, filling in the “dark space” between Cape Henry Lighthouse in Virginia and Bodie Island to the south.

It stands 162 feet tall with 220 steps to the top. The lighthouse maintains its natural red color and was never painted so that visitors could see the approximately one million bricks that make up the magnificent tower.

The lighthouse is open to visitors to climb to the top for unparalleled views of historic Corolla, the Currituck Sound, and the Atlantic Ocean. If you make the climb, be sure to pause at both the base of the lighthouse and the first two landings for museum-quality exhibits showcasing the history of the lighthouse, the lightkeepers, and the original Fresnel lens, still in operation. The Victorian stick-style lightkeeper’s house and a small gift shop are on the property.

One of my favorite lighthouses, Roanoke Marshes Lighthouse is seven miles southwest of Nags Head over the Highway 64 bridge. This “tiny” light is a replica of the third lighthouse to carry the same name. The first was constructed in 1877 on the Croatan Sound, to the south of Manteo near Wanchese. It was decommissioned in 1955 and was destroyed while being moved to private property.

The quaint white and red replica, built in 2004, stands out on a pier overlooking Shallowbag Bay in Manteo and is a beautiful reminder of the importance that this little light played in local maritime history.

Bodie Island Light Station is located within the Cape Hatteras National Seashore, 13 miles south of Nags Head and 43 miles south of Currituck Beach Lighthouse. Once off the highway, the short drive to the Bodie Light is a most picturesque drive through tall pines.

Folklore has it the Bodie (pronounced body) Island got its name from the many bodies that washed ashore from shipwrecks. It is said that more than 41 vessels of various sizes have wrecked within six miles of Bodie Island, in the waters of what is known today as the Graveyard of the Atlantic.

Until 1920, the only access to the island was by boat. There was no bridge at that time, and the journey by boat was very long and often dangerous. The lightkeepers’ families lived on Roanoke Island in Manteo, where kids could go to school, and only occasionally visited their fathers at the lighthouse.

Built in 1872, its original first-order Fresnel lens still shines brightly, 19 miles out to sea. The Bodie tower’s day marks are black and white rings. It is 164 feet tall and has 214 steps.

One of the most recognizable lighthouses with it’s black and white candy cane stripes, Cape Hatteras Light Station, is on Hatteras Island. Built in 1870, it is the world’s tallest brick lighthouse at 208 feet tall. Its 257 steps, equivalent to a 12-story building, lead visitors to the top for breathtaking views of the coastlines.

Another amazing fact about this lighthouse is that it is not standing on the original location on which it was built. Over the decades, the shoreline had become so eroded that the National Park Service determined it would not survive the onslaught of the sea another decade. In 1999, an engineering marvel was achieved as the lighthouse was raised six feet and moved a half-mile inland. It was the tallest brick structure in history to have ever been moved.

Be prepared for the climb to the top. It is steep and hard on the knees. There are landings that you can rest if you need to stop. You can stay on the top deck at your leisure. Be sure to bring water to drink. Even if you don’t climb up, visiting this lighthouse and property is worth the visit. The docents are extremely knowledgeable and love to share the history of this amazing light. There is a visitor center and gift shop with refreshments and restrooms.

Ocracoke Lighthouse shines bright over some pretty famous waters. Sir Walter Raleigh once landed on Ocracoke Island, but the more exciting stories are those of Edward Teach, better known as Blackbeard. It is said that Ocracoke was one of the famous pirate’s favorite places to anchor as he often sailed the nearby waters.

This small but mighty lighthouse is just 75 feet tall (86 steps). The base of the tower is five feet thick and narrows to two feet thick at the top. The lighthouse’s white color comes from an unlikely formula of lime, salt, ground rice, whiting, and clear glue mixed with boiling water and applied to the bricks while hot. Ocracoke is the second oldest operating lighthouse in North Carolina and one of the oldest in the country. It is listed on the National Register of Historic Places.

The Ocracoke Lighthouse is not open to climb. There are information plaques along the short walkway leading to the lighthouse. Your visit here may be only a few minutes. There are no services, but it is very near town.

Driving to Ocracoke Island is only accessible by ferry. From the north, the ferry terminal is 13 miles south of Cape Hatteras Lighthouse. The ferry ride to Ocracoke Island is about 30 minutes. From there, it is 14 miles to Ocracoke Lighthouse. There are also ferry routes from Swan Quarter and Cedar Island. Both are approximately two hours. Check the North Carolina ferry schedules for more information. Note: Ocracoke is a fantastic place to spend the night.

It’s very doable to see these five lighthouses all visited in one day, however there is so much to see and do at each stop and in between along the way. There are many places to spend the night to make it a weekend trip, with Kill Devil Hills and Nags Head having the brand name highrise hotels. Other areas have smaller hotels, B and Bs, and campgrounds. Note that summer is often very crowded on the Outer Banks, so plan ahead for overnight stays.

All lighthouses on this list are open to climb spring through fall for a small fee (except Ocracoke). Please be aware that they may close during bad weather. Inside spiral stairs are narrow and steep. It may be hot and muggy inside. Bring water and wear sturdy footwear. Check websites for information. 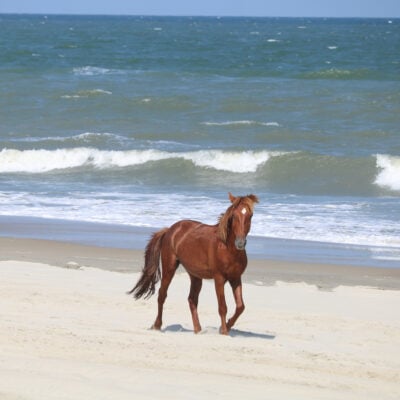 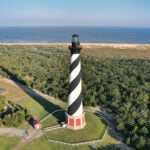 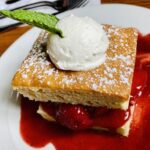 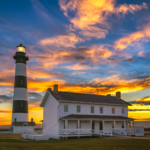