7 Best Experiences On The Trans-Siberian Railway

St. Petersburg and Moscow top the list for Russia’s tourist destinations. However, for an epic adventure, I recommend a Trans-Siberian rail trip from Europe to Asia across more than 4,000 miles, through the Ural mountains, past Lake Baikal, through the Gobi Desert, across the Mongolian steppes, and into China.

Two friends and I traveled between Moscow and Beijing via the Trans-Mongolian branch of the Trans-Siberian Railway. Travel All Russia arranged our custom trip. We spent several days in St. Petersburg before flying to Moscow to catch the train. En route to Beijing, we stayed in less touristy places to break up the 6-night train trip.

Here are the seven best experiences we had along the Trans-Siberian Railway:

Lenin’s Mausoleum abuts the Kremlin’s walls on Red Square. A perfectly preserved Lenin lies in state for you to view as you quickly pass his glass coffin. Babushkas keep you moving.

Time permitting, check out Moscow’s subway. After a very steep and speedy escalator descent 276 feet below ground, you’ll see mosaics and chandeliers that are unique to each station.

Pro Tip: Allow a full day to visit Red Square. Most sites around Red Square are ADA accessible, as are city buses. The subway is not.

Unlike some luxury rail trips, Travel All Russia utilizes the trains locals use. It is an authentic experience in which you’ll meet Russians traveling from one town to the next alongside tourists traveling the entire route.

We paid extra to have the entire four-berth compartment to ourselves. If you don’t pay, you’ll share your space with others who come and go along the way. On the plus side, you’ll really learn about someone’s culture, practice speaking Russian, and teach a little English. On the downside, the compartments are small, and we needed the spare bunk for luggage.

We found ourselves among lively travelers on several segments of the trip. With most fellow travelers half our age, they put us to shame when playing Twister in the passageway. We fared better at poker and rummy.

The toilets and showers (when available — not all trains had them) were clean. Attendants locked the restrooms while the train was at the station. The longest bathroom closures happened at border crossings while guards checked passports and visas.

Each car had a samovar that dispensed hot water for tea, instant coffee, and cups of noodles. The dining car ran out of food often. You can stock up on soups and snacks before you board or dash out to the platform and buy whatever the local women are selling when the train makes a stop. We ate delicious street food without any ill effects.

Pro Tip: Some trains have two- and four-berth cabins. Luggage storage is above the door and under the seats. Ask your tour company to give you the storage space dimensions and try to pack as lightly as possible. Be sure to let your tour company know if you need an accessible train since not all cars are configured to accommodate wheelchairs.

Yekaterinburg is a city of love and loss. First, its tragic past — Tsar Nicholas II and his family, the Romanovs, lived and died here. Bolsheviks toppled the monarchy in 1917. Nicholas and his wife Tsarina Alexandra, their five children, and four loyal servants were executed in 1918. A Russian Orthodox church now stands here where the family was killed. The Church on Blood in Honour of All Saints Resplendent in the Russian Land, as it is called, has a stark white exterior and is simpler than many Russian Orthodox churches. The dark interior accentuates the doom and gloom that lingers here. It’s impossible to be untouched by the imperial family’s portraits.

Outside of the city, Ganina Yama Monastery’s seven churches commemorate these seven Romanov family members. Their bodies were unceremoniously discarded here in Ganina Pit. The grounds include a museum. Allow 1 to 2 hours for your visit.

Also outside of the city, you’ll be able to be in two places at once — Europe and Asia. The boundary line between the continents is marked with a monument. Many couples marry here, so the fence surrounding the wedding venue is made of champagne bottles. You’ll also see ribbons people have tied to fences as they pray for health, wealth, and love.

Pro Tip: Allow 1 hour to visit the church, 2 hours to tour Ganina Yama, and 30 minutes to tour the Eurasian border, not counting the 1.5 hours of travel time. The church and monastery are not accessible.

If you’ve had your fill of borscht and stroganoff, try Sufra, an Azerbaijani restaurant.

About an hour’s drive from the train station in Irkutsk, the village of Listvyanka lies on the shores of Lake Baikal, the world’s deepest lake. The aquamarine lake is a perfect backdrop to the town’s traditional wooden houses (you’ll see them in Irkutsk, as well) and outdoor market that sells everything from nesting dolls to omul — a mild-tasting white fish found only in Lake Baikal.

The Baikal Museum speaks to the unique species found in the lake, including freshwater seals. And midway between Listvyanka and Irkutsk, the Taltsy Museum is an open-air museum loaded with old wooden buildings and everyday objects from as far back as the 17th century.

For the area’s best views, you can take a chairlift or a nearly 1.5-mile, moderately strenuous hike from Istlend Skilift Station to Chersky Stone (Kamen Cherskogo), named after Ivan Chersky, who was exiled to Siberia and became the first to map Lake Baikal. You’ll be rewarded with a stunning panorama of the lake with a riot of colorful ribbons on fence rails and trees, just as you’ve seen at the Eurasia border.

Pro Tip: Allow 1 hour for the Baikal Museum (not wheelchair accessible) and 3 hours for the Taltsy Museum (grounds are accessible, but buildings are not). Allow 2 to 3 hours for Chersky Stone (not accessible).

Mongolia’s capital city has a blend of old and new, from the Gandantegchinlen Monastery originally built in 1803 to the modern skyscrapers and hot pot restaurants. Gandantegchinlen is one of the few monasteries to survive the Soviet era. With religion again allowed, you’ll hear 150 monks chanting when you visit. The Avalokiteshvara’s statue, symbolizing the compassion of all Buddhas, is covered with gold leaf and jewels. At 87 feet high, it’s reportedly the world’s tallest indoor statue.

Centrally located Sukhbaatar Square is a starting point to venture out to museums. The National Museum of Mongolia covers ancient history, the Soviet era, the fall of communism, and the rise of capitalism. The Fine Arts Zanabazar Museum and Choijin Lama Museum in a former monastery are nearby.

Pro Tip: Allow 1 hour for Gandantegchinlen Monastery. The grounds are accessible. Allow 1 to 2 hours for the wheelchair-accessible National Museum. And allow 30 minutes for Zaisan Memorial. It is not accessible.

Turtle Rock, near the park’s entrance, is a gigantic granite formation to check out. After several days on the train, it’s time to stretch your legs, explore the trails, and gaze upon the deep turquoise sky and burnt orange mountains as the sun dips below the horizon.

The colorful Aryabal Meditation Center is nestled among the park’s granite peaks. After climbing 108 steps to reach the Buddhist temple, you’ll be impressed by the views of the park’s valley, including a view of the top of Turtle Rock.

Pro Tip: Allow 1 to 2 hours for a visit to Aryabal. The park is not wheelchair accessible. If you spend the night in a ger (yurt) tourist camp, don’t be alarmed when the host comes into your cabin throughout the night to put more logs on the fire.

Beijing’s most famous tourist destination is the Forbidden City, thought to be divine and off-limits for ordinary people when it was built. It is the largest imperial city in the world and was home to emperors from 1420 to 1912.

To see how the commoners lived, take a walking or rickshaw tour of the Shichahai area dating back to the 14th century. Narrow paths called hutongs pass courtyard houses that are still occupied. Most tours allow you to meet a local family.

Time permitting, the Great Wall of China is an easy day trip from Beijing. 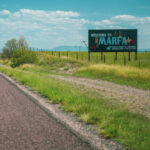 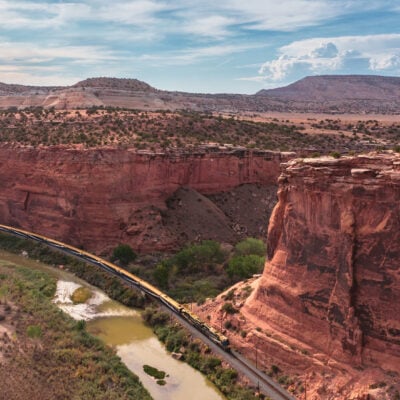 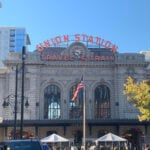 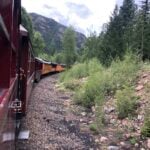