When my daughter first left home for university, I thought I’d never get used to not having her around. We called, we texted, and she was only an hour’s drive away, so I could easily visit her on the weekends. At first, this was every weekend, but as she settled into life in another city, made friends, and found her feet, we also settled into this new way of being. I scaled back the visits, and we all got used to it. So, when her 3-year university course ended and she came out with a first-class honors degree, I felt we not only needed a good mother-daughter celebration, we also needed to reconnect. When I was offered a press trip at the historic Midland Hotel in Manchester, it seemed like the perfect opportunity to try out their basement spa.

We took a train to Manchester, which is about an hour and a half from Sheffield, where we live. I like to take the train as it’s a relaxing way to travel, and it gave us a chance to settle into the trip and chat awhile. When we got to Manchester, we decided to start off as we meant to go on, by going out for a cocktail or two! Every time I go to Manchester, I seem to get lost between the train station and the hotel, and, a couple of cocktails in, we ended up walking a little out of our way! I think maybe next time I’ll leave the cocktails till later. If there’s one thing I became very aware of, it’s that the age difference means she can handle alcohol better than me!

The History Of The Hotel

The Midland Hotel and Spa in Manchester was originally built as the city’s railway hotel in 1903 when the railway station was positioned directly behind it. This city center hotel has a gothic exterior, and as soon as you see it rising magnificently amid the modern buildings and the city’s tram lines, you know this is a very special place. It has kept some of the art deco features, but it has a mostly modern interior and a basement spa that won The Good Spa Guide’s Best Urban Spa Award in 2019. One of the most intriguing things about this old railway hotel is the corridor displays. When the hotel was renovated, letters and postcards were found in drawers and wardrobes, which now form displays on every corridor’s walls. I found one letter written to a guest at the hotel from Australia. It tells of the writer’s stay in Queensland and their work there as a botanist in 1973. Mr. Rolls and Mr. Royce also used the hotel for their first-ever meeting to discuss the possibility of going into business together.

We Started With Dinner

It had been some time since I’d been anywhere alone with my daughter, just her and me. What if we had nothing in common? What if there were awkward silences? What if we just didn’t have much to say to each other anymore? There’s nothing better for relaxing into someone’s company than sharing a meal and a drink, so we checked into our room, which was a beautiful spacious suite, got changed, and headed down to the restaurant. It was very busy in the bar when we walked through, but very quiet in the restaurant, which meant we could chat easily. There’s a choice of dining at the hotel. You can eat in the bar, in The French, a sumptuous restaurant, The Mount Street dining room, and of course, your room. We enjoyed a delicious, quiet meal in the Mount Street Dining Room, where we caught up with each other’s busy lives and slipped easily back into our old paths of conversation.

After a good sleep and a buffet breakfast in the bar area, we made our way down to the spa. This is an award-winning spa, and it’s immediately obvious why. The relaxation room is the best I’ve ever been in. The soft cushioned alcoves are perfect for lounging in privacy, and the overhead suspended tepees are fun and quirky. There are even a few beds, complete with sheets and blankets, so you can tuck yourself in and have a snooze!

My daughter and I both had an hour-long massage each, and then we chilled out in the relaxation room where infusions of herbal teas and lemon and lime iced water were freely available. I honestly could have stayed there all day! I found the relaxation aspect of the trip to be brilliant at bringing us closer. It was a shared experience while also giving us our own time and space to wind down separately. When we met back in the relaxation room, we had shared an experience, and not only did we relax in our bodies, we relaxed with each other’s company as well. The Rena Spa at the Midland is a sensory experience. We made sure we left enough time to use the pool with a swan neck fountain, perfect for relieving any neck tensions. The sauna has a whole wall of Himalayan salt rock, and the steam room is salt-infused, bringing a taste of the sea to your experience.

Out And About In Manchester

We’ve been to Manchester before, so we knew the city a little, but our first stop after leaving the hotel was lunch. We chose a Korean restaurant close by, called Ban Di Bul, which turned out to be a real find. If you’ve got some time to spend in Manchester, make sure you don’t miss a trip to China Town. I prefer Manchester’s China Town to London’s, as its more authentic and less touristy. The Chinese supermarkets are especially good. Our trip to Manchester wouldn’t be complete without a quick visit to the Manchester Art Gallery, where you can view an impressive collection of Pre-Raphaelite paintings. Just around the corner from the Midland, the art gallery was something we knew we could easily fit in before our train home was due.

Intergenerational travel can be wonderful. You can learn from each other and get to know each other better as adults. It can also show your differences. Choose something you know you will both enjoy; don’t try to show the other person something that you think is cool, but they might not. If you know you have differences in the things you like to do, steer clear of those differences and concentrate on your similarities. We already knew we both love a good spa, so it was the perfect trip to help us reconnect after 3 years apart. 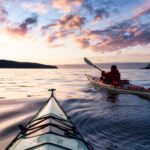