7 Fantastic Places To View Bird Migrations In The Midwest

A serious hobby, bird watchers dedicate days and hours to their craft, arming themselves with cameras, binoculars, bird identification books, and a wardrobe that would challenge Indiana Jones. But, for those of us who aren’t hardcore birders but enjoy viewing birds and waterfowl during their migration seasons, the Midwest is home to several locations to catch birds, such as the Sandhill crane, Canadian Goose, eagles, and more. I enjoy being in nature and love wildlife, so any opportunity I have to take in amazing views, such as thousands of Sandhill cranes or snow geese, and even majestic pelicans, I’ll grab my camera and head out.

With the Midwest located among several routes for migrations, we are blessed with the chance to see these creatures in their environment. I believe these seven locations offer us excellent opportunities for viewing migrations.

A 100-mile stretch along the Platte River in central Nebraska is the only place in the world where you can see more than 500,000 sandhill cranes gather during their northern migration each spring. From Grand Island to North Platte, with Kearney serving as the most popular spot, you can see the gray birds with the red crown spending their days in area farm fields and their nights on sandbars in the Platte River, which provides protection from predators. The birds have flown the Central Flyway, the route followed during their migration to places such as Alaska, northern Minnesota, Canada, and Siberia, for more than 10,000 years. The cranes spend 6 to 8 weeks in the area beginning in late February through early April. More than 50,000 people from around the world travel to the region for the event. Once you visit, you’re hooked and can’t wait to return, like this TravelAwaits writer’s experience. My wife and I know we’re fortunate to live a couple of hours away, as we’ve made it an annual trip to see the cranes.

Pro Tip: When in the Kearney area, check out the gourmet burgers at Angus Burgers and Shakes. Known for unique creations, such as the jalapeno burger, featuring fried jalapenos and cream cheese sauce, you’re sure to enjoy the spicy bite. And, you’ll need to share a handmade milkshake featuring drinks with whopper candy or Oreo cookies in the mix.

While not a migrating bird, watching central Nebraska’s Greater prairie chickens during mating season is almost as popular as watching the Sandhill cranes. In early spring, the small Nebraska native birds do a crazy dance, along with a thrumming song, as orange sacs inflate on a male’s throat and sides, with their neck feathers rising. These actions are to make them attractive to the area’s females, so they’ll do a little dance and later lay some eggs. While you can search for the prairie chickens on your own, the best way to view the mating game is on a tour. Tour guides know the right spots to visit and can offer viewing tips and explain the mating steps.

Pro Tip: With a menu you wouldn’t expect for bar food, the Chuckwagon ‘n Jug in Mullen offers handmade burgers and other dishes. The casual eatery also includes specials, such as ribeye steak dinners.

Located in northwest Missouri, midway between Kansas City and Omaha, Loess Hill National Wildlife Refuge near Mound City welcomes millions of Canadian geese, snow geese, ducks, pelicans, and swans, as well as eagles twice a year. Serving as a resting area each November to December for southern-bound birds and February and March for the northern migration, you’ll see thousands of birds at any time during the migrations from an observation deck near the refuge’s entrance, or you can enjoy the views and find a few more interesting spots along a 10-mile loop around the wetlands. Watching an eagle swoop from a tree branch to grab a fish from the water and then return to its branch is impressive. It seems like each of the birds is magnificent in its own way. You can also check the weekly bird count during the season to ensure you visit during peak migration.

Pro Tip: For a taste of the Bayou, head to Boudreaux’s Louisiana Seafood and Steaks in St. Joseph, about an hour south of the refuge. The restaurant features a menu with Cajun favorites such as etouffee, jambalaya, beans and rice, burgers, salads, and steaks.

Located about 90 minutes northwest of Milwaukee, Horicon National Wildlife Refuge greets nearly 200,000 Canadian geese, ducks, and other waterfowl twice a year, beginning in September for a 2-month southern migration season. The northern migration takes place during May. With about 33,000 acres, Horicon Marsh ranks as one of the freshwater marshes in the United States, home to hundreds of species of birds, fish, and other wildlife. During your visit, look for muskrats, which may be near their domed huts that stand above the water. They are fun critters to watch as they work away at improving their homes. On occasion, you may find an eagle or heron using the hut as a resting spot. Keep an eye out for pelicans, too.

Pro Tip: For an authentic Mexican dinner, visit Don Ramon in Mayville. From appetizers such as chips and guacamole to entrees such as carne asada a la Mexicana, you may think you’re in Mexico. If you like a good margarita, you’ll enjoy your visit.

Over a 12-week period between early October and late December, nearly 200,000 Sandhill cranes visit the Jasper-Pulaski Fish and Wildlife Area near Medaryville. While the southern migration begins around the first weekend in October, you’ll likely see the largest numbers during December, where numbers reach more than 20,000 birds. Located about 90 minutes southwest of Chicago, visit the wildlife area at sunrise. This is when the cranes fly from their roost to find areas in the refuge to spend the day eating to build up energy for their trips to the southern United States, including Florida and New Mexico, as well as Mexico and parts of Central and South America. Another time to visit is at sunset when the cranes fly in formation, returning to the marsh to roost for the night. It’s best to be in position about an hour before sunset to enjoy the full experience. The wildlife area has an observation spot, which offers outstanding views.

Pro Tip: Featuring a casual menu of burgers, pizza, and fried chicken, Route 10 Bar and Grill offers a relaxing spot to enjoy a quick bite following your visit to the wildlife refuge.

Overlooking Duluth and Lake Superior, you can find bird watchers roadside almost daily at Hawk Ridge Observatory, taking in the views of birds of all types. Hawk Ridge is perfectly located in Duluth, offering wide-open spaces to watch the large birds from above the treetops. However, visitors will want to check out the hillside area from mid-August through December, when thousands of raptors migrate southward from Canada and other northern spots. You’ll see eagles, sharp-shinned hawks, broad-winged hawks, kestrels, falcons, and even vultures as they may make their way to warmer climates, following their food sources. You’ll find red-tailed hawks and rough-legged hawks well into December. Bird watchers have also observed a variety of owls, including the Great Horned Owl and Barred Owl, at Hawk Ridge. Check wind forecasts for the best days to visit. Migration viewing is best on days with a northwest or westerly wind, while southern and eastern winds don’t aid migrations. Visitors to Hawk Ridge can also enjoy hiking trails through wooded areas atop the ridge.

Pro Tip: With an inviting ambiance, Tavern on the Hill is a great spot to enjoy an outstanding meal. With charred bacon Brussels sprouts as an appetizer, unique burgers such as bison, and salads starring maple-glazed grilled salmon, you will definitely enjoy your dining experience. You may also want to try one of their local craft beers on tap.

More than 100,000 ducks and another 25,000 Canadian geese pass through Agassiz National Wildlife Refuge in Thief River Falls, Minnesota. The best time to visit during the fall migration is October, while May is the perfect time to watch the waterfowl and other birds migrate north. Opened in 1937 as Mud Lake Migratory Waterfowl Refuge, the area has been a popular spot for bird watching in northwest Minnesota, about 90 minutes east of Grand Forks, North Dakota. While the migratory birds may be the anchor, the wildlife refuge is also home to moose, wolves, and almost 300 bird species. The area was renamed Agassiz National Wildlife Refuge in 1961.

Pro Tip: Following a day of wildlife viewing, River Walk Public House is an excellent dinner choice. From deep-fried or pan-seared walleye to bacon-wrapped filet mignon or an old-fashioned hamburger steak, you’ll enjoy your visit. Consider topping off your dinner with dessert: a chocolate lava cake, carrot cake, or butter cake with ice cream and caramel. 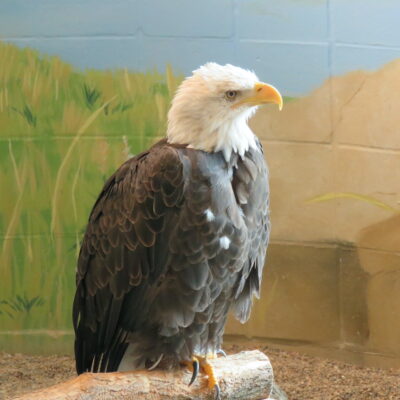 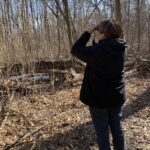 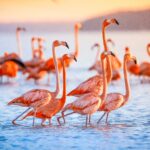 Bird Watching6 Places To See Flamingos In The Wild 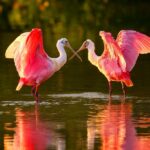