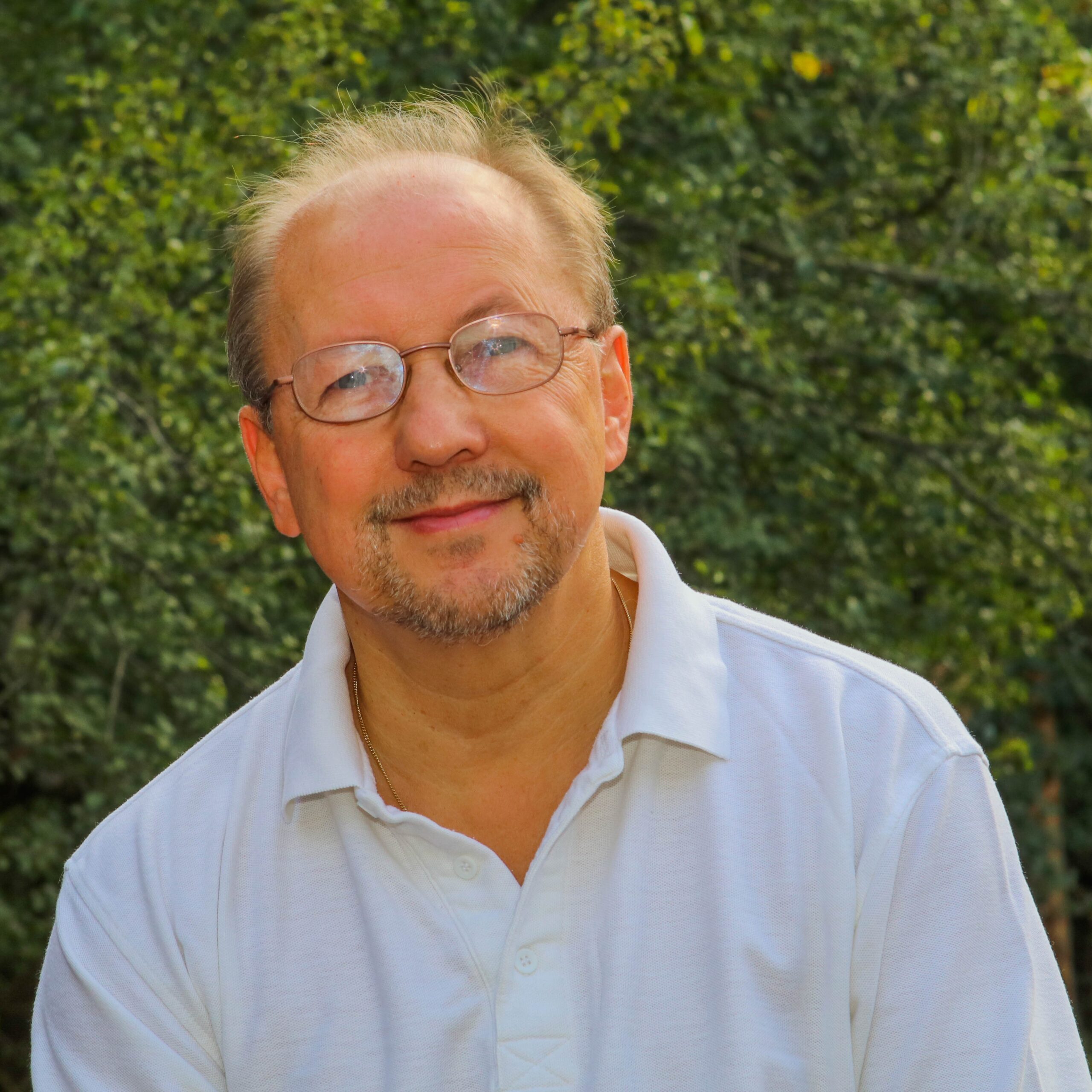 The guide turned off his flashlight and plunged us into darkness — real darkness. This was a soggy, solid, tarry blackness that had been thrown over us like a heavy, woolen overcoat. I put my hand in front of my eyes. Though only a few inches away, I could not see it. Nothing. It was the weirdest feeling and, had I not known the guide would soon switch on his flashlight, I admit it would have been a bit scary.

I was 200 feet underground in Kentucky exploring a tiny fraction of the world’s longest underground cave system.

Mammoth Cave, 85 miles north of Louisville, Kentucky, is the underground part of the 53,000-acre Mammoth Cave National Park. The cave system actually extends well beyond today’s park boundaries with 365 miles of surveyed passageways and, potentially, the same again yet to be discovered. This makes Mammoth Cave easily the longest cave system in the world — more than double the length of the next longest known system.

Mammoth Cave has been known to humans for quite some time. Archeologists have discovered human activity as far as 10 miles into the cave system from as long as 4,000 years ago. The cave was rediscovered in 1798, established as a National Park in 1941 (when only 40 miles of passageways had been formally surveyed), and was designated a World Heritage Site in 1981. Nine years later, it became part of a larger International Biosphere Reserve joining the likes of Yellowstone. Today, half a million visitors annually visit the cave on guided tours deep below Kentucky’s rolling hills to see spectacular rock formations and evidence of man’s activities here over the millennia. Here are my tips for those who want to experience Mammoth Cave for themselves.

There are a number of different tours available with varying degrees of difficulty and accessibility. The good news: There is a tour (the “ACCESSIBLE TOUR”) designed for persons with disabilities or limited physical mobility. Access is via an elevator, there are no stairs, and the tour is on a prepared walkway. There is a short “Self Guided Tour” for those who prefer to wander at their own pace and seventeen or so guided tours of varying effort and duration.

The most “extreme” tour offered is a whole day underground crawling on your belly through tight passages, covering six miles and 500 stairs. I didn’t fancy impersonating a worm for six hours and looked for another one. I selected the guided two-mile, moderate, 160-stair “Extended Historic Tour,” and two hours or so later, I knew I had made a good choice.

Having purchased tickets at the visitor center, I waited outside with about 15 of my fellow intrepid explorers for our guides to arrive and walk us the few hundred yards down to the cave’s “Historic Entrance.” Legend has it that around 1797, a local hunter was pursuing an injured bear when he discovered the entrance to the cave. Two hundred years later, I was walking in his footsteps descending into a new, if somewhat dark and not so brave — at least in my case — world. We descended 52 steps complete with handrail to enter the cave. If this was a “moderate” tour, I was liking it already.

The guides (one led and the other was at the back chasing up the laggards) used flashlights, though they really did not need to as the public tour route had dim electric lighting installed. No bright fluorescents here but enough to not only see your way but also strategically placed to effectively illuminate and pick out stalactites and markings on the cave walls. Only when the guide turned off our 20th-century lighting for a few moments and lit his oil lamp did we begin to get a feel of how those first adventurers explored the cave. It took some seconds for my eyes to get used to the dim, yellowy illumination, casting long smoky shadows on the rough cave walls. It was eerily quiet, too, with only the occasional drip of water breaking the silence. In some places we walked on recently man-made paths, at other times we trod the stony paths left behind by previous explorers.

From Mining To Healthcare, This Cave Has Seen It All

The guides would stop frequently to point out items of interest. We learned about the history of the mine. Native Americans excavated flint for weapons and minerals and later, as we stood in the cavernous Rotunda, we saw where slaves mined cave soil. They recovered Calcium Nitrate from the soil by leaching it out in large wooden vats before pumping it up to the surface where it was converted to saltpeter — a raw material for making gunpowder. The wooden vats and a string of hollowed-out wooden piping still remain. The saltpeter production has long ceased but in the silence, it’s easy to imagine the throngs of men working in dark, dingy, dusty conditions to make explosives for the war of 1812.

We learned about the first official tour guides, slaves who escorted well-to-do folk around the cave in the 19th century. Their names, including “W.A.Bransford 1899,” are now inscribed on the walls for all to see, and their fame lives on as they were the first to document new passageways and cross the mythically named “Bottomless Pit.”

We learned about another owner, a medical doctor, who in the early 1840s established the first (and only) underground tuberculosis hospital believing the high humidity (95 percent) and constant cave temperature (around 54 F) would be a cure for this prevalent killer. A number of volunteers signed up to live in the cave in small brick structures hoping that life in the damp and dark would cure their ills. After only a few months, a number had died, so the rest left. The brick structures remain and are a grim reminder of this failed experiment.

Amazingly, there are about 150 different species found in the cave, many of which cannot see and are translucent and often very tiny — so don’t expect to see them, either. We did spot a couple of bats but the tours purposefully route visitors away from the main areas bats congregate in order to avoid disturbing them.

Take As Little As Possible

Although this tour was described as moderate, it really was not very difficult. Sturdy shoes or boots are a must as there is walking over rocks. I didn’t have to clamber over rocks or walk bent over (unless you are seven feet tall, then there might be a couple of tight spots) but there was one short section delightfully called “Fat Man’s Misery” where a fast-flowing river had carved about a two-foot-wide passage through thigh-high rock that we had to shuffle through. Much of the two miles I covered was going from one cavernous opening to another, so at no time did I feel claustrophobic.

It’s a good idea to research which tour is best for you ahead of time so you can prepare well. There are a few lockers available just outside the visitor center and the large parking lot is right there, too, so you can leave your belongings behind. Take as little as possible would be my recommendation, having unnecessarily lugged my camera and two lenses around. You cannot use flash photography nor take a tripod, so good photography is challenging. Take only water (food is not permitted) and dress in easy-to-remove layers. Hiking boots will definitely make the trip more comfortable.

Once Inside, Leave Everything Behind

Things have changed since the first cave tourists descended here two hundred years ago. Not only are we not allowed to write our names (or anything else for that matter) on the walls, we cannot touch the walls and the reason is simple: The cave is such a delicate ecosystem that our unthinking actions can easily upset the fragile balance. This concern was clearly illustrated when, upon leaving the cave, we had to pass through a shallow disinfectant trough to ensure we weren’t carrying fungal spores on our boots that may spread White Nose Syndrome to other bat colonies.

Would I do it again? Yes, in a heartbeat, and this time I would leave my camera behind. But I’m still not ready to slither six miles on my belly. Fascinated by caves (or headed to Kentucky)? Consider: 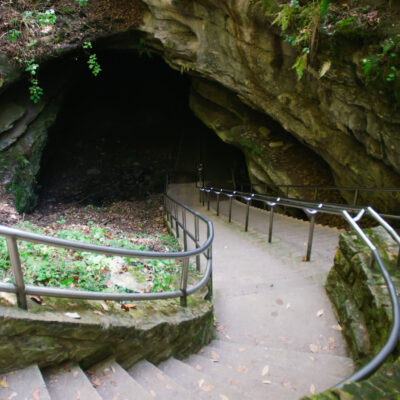 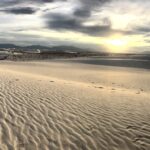