Traveling to specific places at specific times of the year can yield stunning results, especially if you plan it right. Spring will be here before you know it, and with its arrival come some amazing opportunities to see and experience things that only happen for short periods of time. Here are five must-sees for this spring.

For some reason, some 10,000 years ago, a flock of sandhill cranes chose an area in central Nebraska as a rest stop as they continued their journey north after spending the winter in southern North America. The annual sandhill crane migration has become a historic event and lasts between six to eight weeks every spring.

Some 500,000 cranes descend on a 100-mile section of Nebraska called Central Flyway. It’s located between Grand Island, Kearney, and North Platte. It’s believed that the Platte River’s sandbars provide natural protection for the birds as they huddle together, recharging.

One recommended area for viewing is the Fort Kearny State Recreation area. Here you’ll need a state-issued parking permit. It’s recommended that you visit around sunset, as this is when the sandhill cranes come in to roost each night. As the sun sets, the sky is filled with thousands of cranes. Keep your ears open for the bugle-like calls.

The Great Smoky Mountains in East Tennessee are home to some of the most spectacular sights in the country. Waterfalls, lush mountain ridges, and a landscape that never ends. But in the springtime, you’ll want to add the show that is the blooming wildflowers.

Each spring, lasting through fall, the first blooms begin to appear throughout the forests and along the trails of Great Smoky Mountain National Park. The blooms grow upslope as the season proceeds and evolve as the elevation changes. Look for the little white or pink blossoms, the larger blooms of various trilliums, and the white petals and golden stamens of bloodroot.

Some of the best places to find the wildflowers include Little River Trail, Katani Fork Trail, Cove Hardwoods Nature Trail, Porters Creek Trail, Chestnut Top Trail, and Lead Cove Trail to Spence Field. Check online for dates and times for the annual Spring Wildflower Pilgrimage, which takes place near the end of April.

There are two peak seasons to see grey whales off the coast of Oregon. The winter, between mid-December and mid-January, and the spring from late February through May. This is when as many as 20,000 gray whales begin to migrate between the cold seas off Alaska and their breeding lagoons down south near Baja, Mexico.

The grays can reach as long as 50 feet, and weigh around 30 tons. The best way to see them is to scan the horizon with the naked eye, looking for spouts. Once you see one, have a pair of binoculars ready and zoom in.

Another great way to maximize your experience is to travel and attend the state’s Whale Watch Weeks. During these events, the Oregon Parks and Recreation Department stations volunteers at 24 of the best viewing sites along the coast. The dates for this spring’s Whale Watch Week have not been announced, so keep this link handy and check back for more details as they become available.

A new activity that is gaining popularity all across America is shed antler hunting. But if you’re looking for the premiere place to “hunt,” you need to be in Wyoming’s Jackson Hole valley.

In nature, male deers, caribou, elk, and moose grow new antlers each spring, after shedding last year’s antlers in the winter. The shedded antlers find new homes on the floors of forests and fields. That’s where the fun begins. In the spring, thousands of folks take to the woods in pursuit of finding the antlers.

In Wyoming, shed antler hunting season opens at midnight on May 1, when the winter wildlife closure ends. The Jackson Antler Opener kicks off at the National Elk Refuge, which is home to as many as 10,000 elk. Here, or at the neighboring 3.4-million-acre Bridger-Teton National Forest, is where you can find as many antlers as you can carry.

New Life In The Wetlands Of Louisiana’s Barataria Preserve

They don’t call Louisiana a sportsman’s paradise for nothing. But even if you’re not into hunting or fishing, the hunt just to see wildlife is a sport on its own. One of the premier places to find such sport is in the swamps of the Barataria Preserve, just outside of New Orleans.

Every spring, as the winter temperatures begin to rise, the park’s wildlife, including alligators, awakens along with the park’s plant life. In early April, the preserve’s Visitor Center Trail comes alive as spring blooms of spiderworts, dewberries, buttercups, and wild vetch erupt into a dazzling show of color.

Sadly, the springtime tradition of the blooming of giant blue irises, which filled the entire preserve, has been greatly reduced due Hurricane Katrina in 2009. But, slowly, it appears the blue iris population is trying to make a comeback, so keep an eye open for these charmers.

There are plenty of other trails to explore, and the park recommends staying on trail because too many people have trampled the beautiful flowers that grow all around the park. Here’s a full list of Barataria Preserve’s spring wildflowers (PDF). 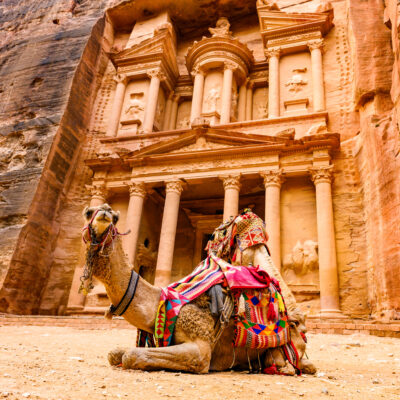 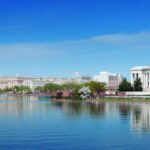 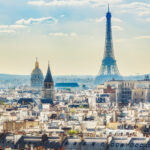 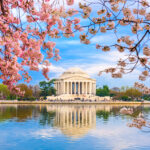