11 Tips To Ensure You Have A Great Airbnb Stay

The sauna that came with the Airbnb my husband Barry and I rented in chilly, rainy Bellingham, Washington. A view of both the cathedral and nature from the balcony of our Airbnb in Girona, Spain. The view of the ferries coming and going from the Airbnb we rented in Stromness, on Orkney Island, Scotland. A bottle of wine and cooked dinner generously provided by our Airbnb owner in Bandon, Ireland.

It doesn’t get any better! Like many people who travel frequently, Airbnbs have become a joyful part of Barry’s and my life. They offer more space to spread out than a hotel room, a kitchen to cook in, frequently an outdoor area, and good value for money.

We started renting apartments during the sabbatical we took in 1999, long before Airbnbs became popular. Believe me, Airbnb has made renting dramatically easier. In the year 2000, we found a rental in Tbilisi, Georgia, purely by accident. The grandmother of an employee of the city’s only English-language bookstore had recently died, leaving an empty furnished flat. The only problem was, it needed “cleaning.” It turned out that was a euphemism for a backed-up toilet. The employee’s uncle fixed it, and within a day, we had a downtown apartment for a month.

Thanks to organizations like Airbnb, you no longer have to wander around towns asking locals who speak English if they know of apartments for rent. Also, Airbnb owners now have to maintain a minimum level of standards, unlike the woman whose apartment we rented in Morocco, who turned off the utilities during the day to save money!

Despite Airbnb’s high standards, unpleasant things can still happen. After staying in rentals in 15 countries, including the U.S. and Canada, we’ve accumulated our share of wild successes and frustrating disappointments. Based on our (at times hard-earned!) insights and experiences, here are eight suggestions for maximizing the success of your next Airbnb stay.

What matters to you most, and what can you live without? Make a list so you know what is non-negotiable. For example, Barry’s and my priorities include light, quiet, a kitchen, outdoor space (like a patio, balcony, or garden), Wi-Fi, and walkability. We like a view, but it’s not as important as the others. A TV? We never watch it.

2. Look Closely At The Photos To Make Sure They Match Your Priorities

We learned the importance of this the hard way! As our hostess showed us the second-story apartment we had rented in Innsbruck, Austria, I suddenly realized it lacked a kitchen. This was our mistake. There had never been a kitchen; I had just assumed it. Fortunately, our owner did provide a microwave, and I soon learned that microwave cookery is a whole sub-cuisine. We made do, but I sure missed a stove.

3. Make Sure You’re In The Airbnb You Booked!

I doubt this is common, but it has happened to us that we ended up in a different Airbnb than the one we rented. We arrived in Mexico City one evening and took a cab to the address, where the owner’s employee showed us around. Something seemed a bit “off,” but we were jet-lagged and spacy, so we didn’t think much of it. Later we checked the Airbnb site, and sure enough, we were not in the apartment we had rented, which had a balcony. Instead, we were in a dark, gloomy place on the ground floor, and we never book a ground floor flat if we can help it.

When I called the owner, she said, “Oh, but you’re in a better apartment than the one you rented. I was sure you’d be thrilled.” (Yeah, right!)

“Senora, we want the one we rented,” I said firmly. To our frustration, it was no longer available. We left the next morning.

4. If You Find A Problem, Complain Before The Deadline

In the first Airbnb we rented in the U.S., the Wi-Fi went off and on. The owners were traveling in Spain and had asked the neighbor to be their proxy. She agreed that the Wi-Fi was intermittent. When we emailed them with our complaint, they replied, “But it does work! We know it does because we checked before we left!”

They refused to give us a refund, and unfortunately, we waited too long to write to Airbnb. We had not read the fine print on the website. Currently, you have 60 days to submit a complaint.

A few years later, we booked an Airbnb in Rhodes, Greece, for two weeks. It was supposed to be in the center of town, but in fact, it was 3 miles south of the center. We told the owners we felt we had been misled, but they disagreed, saying that they wouldn’t be able to rent the apartment the second week with such late notice.

We sent Airbnb screenshots of maps of Rhodes showing that the apartment was nowhere near the town center, as advertised. Within a few hours, the second week’s rent was refunded.

You can cancel and get a refund if you reach an agreement with the owner by 2 p.m. the day you bring it up.

5. Don’t Assume All The Basics Will Be There

We’ve been surprised sometimes to find kitchens without such basic items as a can opener or a corkscrew, so we’ve learned to bring them with us. We also bring our favorite spices and teas and a Tupperware container for leftovers.

We’ve found, too, that different cultures provide different kitchen items. You’ll always find an electric kettle in the British Isles, and in Mexico, a blender.

6. Ask The Owner To Buy Things You Need

Occasionally an apartment will lack something that is really important. The owner of the Airbnb we rented in Verona, Italy, was working in China the hot July we spent in her apartment. We emailed her, asking if she’d pay for us to buy a fan, which she was happy to do.

When we left the apartment we’d rented in Merano, Italy, we suddenly realized we were short on time to catch the train, so we rushed to pack. In our haste, we didn’t have time to move the standing plant and lampshade back to their original places, and we left a towel on the bathroom floor. I didn’t think it was that big a deal, especially since some Airbnb owners charge a hefty cleaning fee.

But after we left, we read on the Airbnb review that the owner had written a scathing review of us, stating what a mess we had left the apartment in. We were mortified. The only saving grace was that she wrote it in German (we had to translate it to read it), and maybe for that reason, it has not caused us any damage to our reputation. But lesson learned: Leave enough time to clean up!

We distinguish between private and public feedback. In private, we share sensitive thoughts or opinions that affect us but might not bother others. For example, at an Airbnb in northern England, we suggested the owner place the microwave on a shelf above the counter, leaving more space below. But in an Airbnb in Bellingham, Washington, after discovering to our dismay that the windows didn’t open, we felt it was a serious omission on the part of the owners not to mention this detail, and important for future guests to know, so we put it in the public section.

9. Don’t Worry Too Much If You Get a Negative Review

The owner of the Airbnb in Merano was not the only person who criticized us. An owner in Porto, Portugal, wrote that we “asked too many questions,” because we wanted to know where the recycling went. (We finally got an answer from a neighbor!)

I doubt Airbnb owners read way back through the past reviews of guests, and I say this partly because Barry and I also rent our home in Guanajuato, Mexico, when we’re not there, and we don’t bother. We’re far more concerned about the prospect of a large, rowdy group of young adults than a single individual, couple, or family.

10. Reduce The Possibility that Neighbors Will Complain

Rental properties have become controversial in some cities because certain neighborhoods have become Airbnb “ghettos.” This is true where Barry and I live, both in Eureka and in Guanajuato (where we are part of the problem, since, as I wrote earlier, we rent out our home when we’re not there).

According to Airbnb Tips, neighbors complain about three main areas: parties and excess noise; rude guests; and parking on a neighbor’s property.

So use common sense and do what you can to avoid complaints. Don’t play music too loudly, host late parties, or block driveways. If you’re going to be there for a long time, try introducing yourself to the neighbors.

At our initiative, we’ve gotten together with owners during our stay, and without exception, we’re always glad we did. Airbnb hosts are like readers of TravelAwaits — curious, enthusiastic, interesting, and interested in others. We’ve even occasionally discovered friends we had in common!

We usually invite the owners over to their own apartment, a funny twist on the situation (but, er, making sure we clean it up first)!

If you stay in enough Airbnbs, you’re bound to rent some that are superb and others that are less so. But if you follow these tips, you’ll maximize your positive experiences and, more often than not, enjoy a terrific base for experiencing another area of the country or the world. 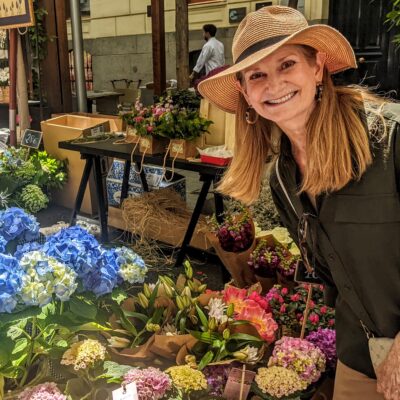 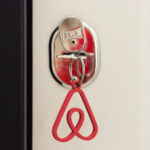 Vacation Rentals11 Tips To Ensure You Have A Great Airbnb Stay 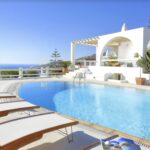 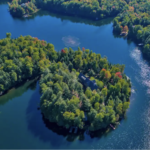 Vacation Rentals9 Incredible Private Islands You Can Rent In The U.S. And Canada