Let’s take a look at some national parks and the winter activities they are known for.

With a height of 14,410 feet above sea level, Mount Rainier is the highest mountain in the state of Washington. It’s also convenient to reach. Mount Rainier National Park is only 60 miles from Seattle.

The park offers several snowshoe trails of varying length and difficulty, and all offer incredible views of the snowy, mountainous landscape.

Don’t worry if you don’t own snowshoes — you can rent them when you arrive.

Pro Tip: You need to visit the park’s website for information before going. It gives you critical information, including weather conditions and whether you need to use your vehicle as a warming area because buildings/warming stations are closed.

The park, which is south of Yellowstone National Park and north of Jackson, Wyoming, is popular with cross-country skiers, snowshoers, and snowmobilers who want to explore the 310,000 acres.

Pro Tips: Be sure to check the park’s website in advance for info about weather forecasts and road conditions, so your trip is fun and safe. Also note that concession facilities including lodging, campgrounds, restaurants, and stores are closed until the spring.

Sometime during the second week in February, the setting sun shines on Horsetail Fall waterfall in Yosemite National Park in California and creates what’s known as the Yosemite Firefall. When conditions are perfect, the fall glows with orange and red colors for about 10 minutes.

What makes the effect even more special is its rarity; it requires a perfect combination of melting snowpack, warm temperatures, and — of course — a sunny day.

Saguaro National Park in Arizona is beautiful, but let’s face it: Temperatures in Arizona in the summer make activities such as hiking difficult, and sometimes even dangerous. During the winter months, however, temperatures range from around 50 degrees to 70 degrees — making hiking considerably more enjoyable.

Added bonus: Starting in late February and early March, many of the cactus and wildflowers begin to bloom.

Pro Tip: The park has numerous trails of varying lengths, so be sure to check the National Park Service’s list while planning your trip.

Death Valley National Park, situated in eastern California and western Nevada, is known for its record-breaking summer heat. But did you know it’s also one of the best places for stargazing in the U.S.?

The International Dark-Sky Association has designated Death Valley National Park as a Gold Tier Dark Sky Park, the highest rating of darkness, because there is so little light pollution.

Pro Tips: Harmony Borax Works and Mesquite Flat Sand Dunes offer the best spots for stargazing. Be sure to check for alerts before visiting.

There are more than 2,000 streams and 40 waterfalls in Great Smoky Mountains National Park, located in North Carolina and Tennessee. They are popular, too: Each year, more than 200,000 people visit the waterfalls.

This isn’t just a summertime activity, either. In fact, you may be surprised to see how much ice builds up on the falls in the winter. It’s a beautiful sight within a captivating national park.

Pro Tip: If you’re planning a trip to see frozen waterfalls in Great Smoky National Park, you don’t want to miss Tom Branch Falls and Indian Creek Falls. You can even see them both on a 1.6-mile (round trip) hike.

Winter is one of the best times for bird watching in Big Bend National Park because West Texas’s winter is generally mild.

From December to late February, roughly 100 species of birds will be in the park. This is when the most ducks, shorebirds, and sparrows can be seen. This is also a good time to see a wide variety of birds — known as Southwestern United States species — who make the park their year-round home.

Pro Tip: Most bird sightings are near water. Be sure to check here to find the best birding hotspots for you and your party.

Travel NewsNew Rules For All Travelers Arriving In U.S. Start This Week 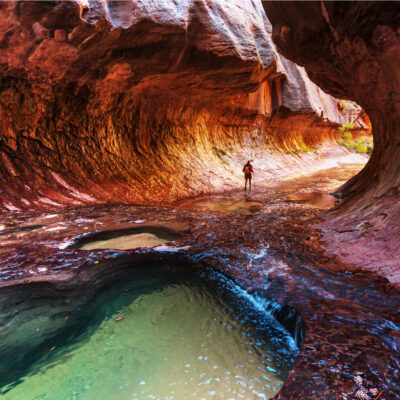 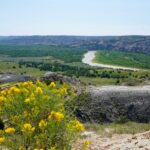