For me, there is nothing more magical and thrilling than a safari driving, walking, or even paddling through my favorite continent. With over 1,100 mammal species, 2,600 different birds (who spend all or part of their lives here), and 3,000 species of fish calling the continent home, Africa is where to come when you want a close-up encounter with wildlife. Most of the species you will see on a safari are unique to Africa and are instantly recognizable, from the renowned “Big Five” to the stripes, spots, and colors of the other animals of the African landscape.

Whatever animals you’re keen to see, plan carefully; not all national parks and game reserves are home to every animal. I’ve put together a list of what I consider to be the seven quintessential safari animals. I’ve included some (hopefully) interesting information about each one and suggestions for the best places to find them.

So if you want to impress your guide and fellow travelers with your knowledge on your next safari, read on.

To see a lion in its natural habitat is one of the most impressive sights a safari can offer. Weighing in at up to 500 pounds, the lion really is the king of the savanna. An African safari is not all National Geographic moments, though, and whilst witnessing a lion hunt or kill is certainly spectacular, you’re much more likely to find a lion snoozing under a tree — lions spend up to 20 hours a day resting!

On safari in Zambia’s South Luangwa National Park, my husband and I were sleeping in a tent (a large canvas tent, with proper beds inside) when we were woken by a lion’s roar. Standing just outside our tent was a large male lion. He was calling for the rest of his pride. He stood on our doorstep for over an hour, roaring and roaring. The ground shook, the air vibrated, and my husband and I didn’t sleep a wink!

Lions are the most social of all the wild cats. They live in prides, usually consisting of one male, several females, and their cubs. Lionesses do the bulk of the hard work when hunting, often working together to bring down much larger prey. They are ambush hunters and use their tawny coloring as camouflage. Regularly after the females’ successful hunt, the male of the pride, if he is in the vicinity, will stride in and take “the lion’s share,” which has always struck me as distinctly unfair!

Some of the best places to see lions include South Africa’s Kgalagadi Transfrontier Park, or Tanzania’s Serengeti National Park, especially during the wildebeest migration.

Leopards are nocturnal, solitary, and secretive. They are one of the most difficult of all the safari animals to see. Independent creatures, leopards are rarely seen together except during mating or a mother with her cubs. Expert hunters, leopards can kill prey up to twice their size, usually dragging it up into a tree to keep it safe from hyenas and allowing them to eat it at leisure. Watching a leopard carry its prey up a tree is a fantastic sight and a definite safari highlight.

Leopards use trees for observation points and protection, and that is where they are most often spotted during daylight hours. I have been surprised before to find myself parked under a tree in a safari vehicle, scanning the horizon with binoculars for wildlife, only to look up and find a leopard dozing in the tree just above our heads. So, if you’re looking for a leopard on safari, remember to look up!

Some of the best places to see leopards include South Africa’s Sabi Sands Game Reserve and South Luangwa National Park in Zambia.

There is not much to top the first time you see an African elephant in the wild. This is the world’s largest and heaviest land animal, with males averaging up to 10 feet high and sometimes weighing in at over 22,000 pounds! You will be stunned by the sheer size and presence of these giants. The good news: Given their size, they’re fairly easy to spot!

One of my more memorable elephant moments happened several years ago. My husband and I were driving ourselves through the thick scrub of North Luangwa National Park in Zambia. We rounded a corner in the dusty track and, to our surprise, found a female elephant blocking our way. She was just as startled as we were. As she started to charge toward us, her young baby ran between her front legs, almost tripping her over and allowing us to skid past to safety. A close encounter I’m in no rush to repeat.

Although most elephants are peaceful by nature, they can be dangerous if provoked, so take care when trying to get that Kodak moment!

Weighing in at not too far short of a ton, the African buffalo has a reputation for being big, bad-tempered, and dangerous.

While solitary buffaloes can be unpredictable, they are usually relatively docile when in a herd — aside from their tendency to stampede when alarmed. On a walking safari, we came across a huge herd of buffalo, numbering in the thousands. Standing still and silent, with only a small shrub beside me for protection, I was in nervous awe as they streamed around me, heading for the river and paying me scant attention.

These are formidable creatures and are considered some of the continent’s most dangerous species, so I recommend caution when it comes to buffalo!

As the tallest animal on Earth, you’d think giraffes would be pretty easy to spot. But with their distinctive brown and white markings making such great camouflage, it’s not unusual for a giraffe to simply materialize out of the bushes a few feet away. There are nine subspecies of giraffe found across sub-Saharan Africa, each boasting bizarrely purplish-blue tongues, stubby horn-like protrusions on their heads, and of course, outrageously long necks and gangly legs.

My favorite giraffe encounter happened only a few weeks ago while visiting friends in Zambia’s South Luangwa National Park. Their house is on the park boundary, with a waterhole in the front garden that’s a magnet for wildlife. On the final night of our visit, they prepared dinner, a traditional South African dish, potjiekos (literally translating to “small-pot food”), which is cooked outdoors in a cast iron, three-legged pot. As the pot bubbled away over a fire in the garden, two giraffes wandered toward it, apparently to supervise dinner preparations! A magical moment.

To protect a giraffe’s brain from sudden changes in blood pressure and for it to be able to lower its head to drink without losing consciousness, the giraffe’s neck contains special veins and valves that regulate the flow of blood to its head.

Rhinos are the most endangered and hardest of the big five animals to spot in the wild. Once found across Southern and East Africa, rhinos have been hunted to the brink of extinction.

There are two species of rhinoceros in Africa, the black rhino and the white rhino. Despite their names, there’s actually no difference in color; both are, in fact, grey. The easiest way to tell the species apart is to look at their bottom lips — wide and square for white rhinos and pointed for black rhinos. The Dutch word for wide is “wijd.” It was the mispronunciation of this word that gave the white rhino its name.

My first rhino sighting was in Hwange National Park, Zimbabwe, when I was a child. Little did I know then how threatened rhinos were and how, a few decades later, it would be so rare and special to see one. White rhinos are now no longer found in Hwange, and black rhinos are only spotted there by the fortunate few.

Hippos are a common sight in the waterways of Southern and East Africa. Often found in pods of up to one hundred. A hippo spends the majority of its life in water or mud, only leaving it to graze on land after dusk.

Male hippos are territorial, and like buffalo, can be exceptionally aggressive when provoked. Don’t be fooled by appearances; despite their cumbersome size, hippos can easily outrun humans! They are one of Africa’s most dangerous animals.

I’ve had a couple of nerve-wracking moments canoeing down the Zambezi River between Zambia and Zimbabwe. Myself in the lead canoe, my husband in the canoe behind. A territorial male had his eye on me, annoyed at my invasion of his space. After a few mock charges, and just as I was contemplating getting out of the water and dragging my canoe along the bank, he gave up and slipped below the surface of the water. We gave him a wide berth and paddled as fast as we could downstream!

Zambia’s Luangwa Valley is home to the world’s largest concentration of hippos. The Okavango Delta in Botswana is also full of them.

So there you have my take on seven of the most iconic safari animals to look out for on your next game drive. I could easily have carried on and included at least seven more, but I think we will save that for another time. 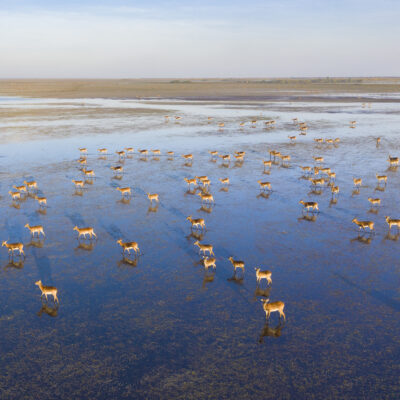 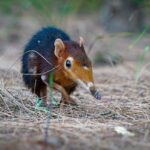 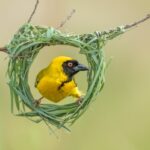 Safari12 Stunning Birds To Spot While On Safari