Everything You Need To Know About Hanukkah

On Thursday, December 10 at sunset, Jews around the world will gather to celebrate Hanukkah, or the Festival of Lights. The celebration will last eight nights, as families all around the world light the traditional menorah, say special blessings, and perhaps share a laugh or two while exchanging gifts.

Hanukkah, which can also be spelled Chanukah (yes, both are correct) is less a religious holiday than it is a remembrance of a great historical event in Jewish history. The word Hanukkah means “dedication” in Hebrew, and the holiday celebrates the rededication of the Temple in Jerusalem after the victory of the Maccabees over the Greek Syrian army. The battle in the second century B.C. was fought for religious freedom. The legend is that during the battle, the Jews had only enough oil to light the menorah for one night, but the oil lasted for eight. That is why Hanukkah is celebrated over eight nights.

Even though the actual date of Hanukkah seems to change, it actually always falls on the same date each year. But, because the date is determined by the Hebrew calendar, the date doesn’t always match up with Western calendars. The date of Hanukkah is always at the end of the month of Kislev, when the moon cycle is waning. This is when the nights are darkest, and it’s believed that the Hanukkah Festival of Lights brings more light to the darkness around us.

Where Is Hanukkah Celebrated?

Millions of Jews all over the world celebrate Hanukkah, mostly with a focus on family and friends. Many families have traditions of gathering for the lighting of the Hanukkah menorah, but worldwide, the celebration has also grown with many of our largest cities offering anyone a chance to participate.

In New York, the traditional lighting of the world’s two largest menorahs has been a tradition for years. The lighting takes place at Grand Army Plaza in Manhattan and Prospect Park in Brooklyn along with Dreidel competitions and gourmet potato latkes at the Latke Festival hosted by the Brooklyn Museum.

Hanukkah is a glorious time to be in Jerusalem. Traditionally the streets of the old city are lit up with menorahs decorating shop windows and the “smells of freshly baked sufganiyot, (think of a jelly donut, and see Food Travelist Sue and Diana’s take on them here) from the cities many bakeries waft through the area,” according to the Tourist Israel Guide’s page on Hanukkah in Jerusalem, 2020.

The Jewish Quarter in Rome has been the home of the Italian Jewish community for thousands of years. Here you will find traditional celebrations, menorah lightings, and food festivals which clearly have been influenced by Italian cuisine, with traditional fried potato latkes being replaced with deep-fried artichokes called carciofi alla giudia.

How Is Hanukkah Celebrated?

Hanukkah is celebrated differently all over the world, with local and familial traditions mixing with four fairly universal aspects to the celebration: candle lighting, gift-giving, dreidel game playing, and food.

A Hanukkah menorah has 9 branches as opposed to a traditional menorah, which has seven branches. Eight of the branches represent the nights that the Maccabees kept their menorah lit during the battle. The ninth branch holds the shamash helper candle, which is used to light the other candles, one per night, for eight nights.

Traditionally, gifts are exchanged after the lighting of the menorah, but there is no religious or historic connotation to the act. In regards to gift-giving, Jonathan Sarna, a professor of American Jewish history at Brandeis University, says that prior to the late 19th century, American Jews did share gifts, but on Purim. As Christmas became a national holiday in America, Jewish custom shifted in imitation of Christmas.

Dreidel is a children’s game that is part of the Hanukkah celebration. The dreidel is a four-sided top with four Hebrew letters inscribed on each side: Nun, Gimmel, Hay, and Shin. The letters stand for “A great miracle there.” The great miracle can be interpreted several ways: the victory in the battle, the oil, or all miracles in general.

What would a holiday be without traditional foods? In the case of Hanukkah, the traditional foods are potato latkas — a type of potato pancake — and, for many, jelly donuts. The symbolism is represented in that they are both cooked using oil. To try your hand at jelly donuts or the more traditional sufganiyot mentioned above, find a recipe in our piece on perfect ways to celebrate holidays from around the world at home.

This will be the first Hanukkah celebrated during the age of COVID. Make sure you check ahead before attending any traditional local or private celebrations to make sure you understand any new rules or changes put in place for everyone’s safety. As with all holidays, Americans have been told that mass gatherings are not advised. 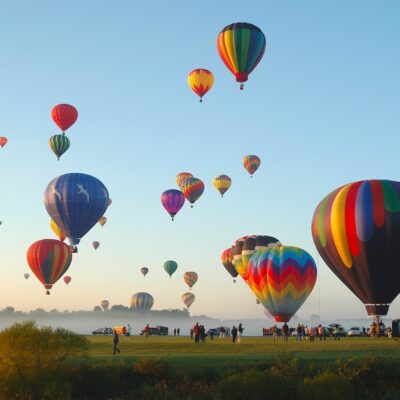