Jeanine Consoli
What Are Your 2022 Travel Plans?

Hoboken, New Jersey’s long history of immigration framed the waterfront city’s food scene from its earliest days. In the 1800s, the Germans arrived after the Dutch settlers established the area. The next wave included Irish immigrants looking for work on the bustling docks. After World War I, the Italians settled, and later, in 1960, the Puerto Ricans. In the past, the different ethnic groups were at war with the newcomers, and various neighborhoods were off-limits to the other. People of each nationality were expected to stay in their own sections of town. When the cultures started to mix, tensions eased until the next immigrant group arrived. Eventually, the newest residents began to find their footing and integrate, creating a multicultural city. Today, the one-square-mile town is a real melting pot with a variety of ethnicities representing their cultures through food. For diners, this diverse population offers a plethora of dining options from several countries around the globe. Hoboken is a foodie city and offers diners many options.

This list is just the tip of the culinary iceberg in historic Hoboken, and our recommendations are shared in no particular order.

Pilsener Haus and Biergarten is an authentic beer garden that occupies an old brick factory from the 1920s on Grand Street in Hoboken. The atmosphere sets the scene with distressed signs, German flags, and long wooden communal drinking tables. If I didn’t know better, I would have thought I was in Munich. Pilsener Haus serves 18 different beers on tap from Germany, Austria, Belgium, and local breweries and more than 50 different bottled and canned varieties of European- and American-style beer.

Not a beer drinker? Cider, wine, and cocktails are also on the drink menu. The food is just as alluring. Try pairing a warm Bavarian pretzel with an Oktoberfest lager as a starter. The bratwursts are also traditional, as is the wiener schnitzel served with German potato salad and lingonberry sauce. If you saved room, the apple strudel is topped with vanilla ice cream.

Pro Tip: If you can’t decide between a wurst or a pretzel, order the Meatlover Pretzel, served with bratwurst, kielbasa, barbecue pulled pork, sauerkraut, Liptauer cheese, and Bavarian mustard for the best of all worlds.

Augustino’s is a tiny six-table restaurant that serves authentic Italian cuisine out of a historic building on Washington Street. While there are several Italian restaurants in town, this one stands out for its fresh seafood, veal, and pork dishes. The pasta is al dente (chewy to the bite), making all the sauce options, from carbonara (peas, bacon, and onions in cream sauce) to the Pomodoro, next-level.

Augustino’s has a full bar with a curated selection of wines to pair with your meal. Once seated, you’re served a classic crostini: a slice of toasted bread topped with chopped tomatoes, olive oil, and garlic. Appetizers range from shellfish to a stuffed artichoke with garlic, oil, and breadcrumbs, a unique menu item that reminds me of home. I ordered the classic linguine in white clam sauce, and it was outstanding. The portion was large and brimming with fresh clams and sliced garlic. It was heavenly. The tables are booked continuously, and reservations are required. Cash is the only payment method.

Amanda’s Restaurant is a charming spot that makes for a romantic date night. Housed in a historic space circa 1895, it had once been a private home and then was a lawyer’s office. In 1991, it became a restaurant when the previous owner broke through to the next building to increase seating capacity. There are corner banquettes and cozy tables for two, and the rooms still have historical details like moldings and high ceilings. The ambiance and warmth match the hospitality of owners, Juliet and Juan Mendoza. The Mendozas took the helm in 2016.

Their menu reflects an Argentinian twist with house-made empanadas and pasta, including the chicken ravioli in a San Marzano tomato sauce. Argentinian favorites such as grilled flank steak with freshly made chimichurri give diners an authentic taste of South American cuisine. The menu reflects a strong Italian influence as well. Immigrants from Southern Italy chose to sail either to Argentina or America around the 1900s based on the fare prices, and those immigrants influenced the culture and cuisine.

La Isla Restaurant has two locations in Hoboken, a 39-seat spot that has been in business since 1970, and a new 100-seat restaurant uptown near the waterfront. At either location, the incredible flavors of Cuban cuisine are brought to life by chef-owner Omar Giner using the freshest ingredients. Giner trained as a pastry chef, and his craft is influenced by the home cooking of his Cuban upbringing. Giner’s use of authentic ingredients and textures in his Nuevo Latino specials bring patrons back to sample his exciting fusions. The motto at La Isla is “Large portions at reasonable prices.” On my visit to the uptown La Isla, I enjoyed a pressed sandwich called an El Cubano or Cuban sandwich: pulled pork, ham, swiss cheese, pickles, and mojo layered on crusty bread and pressed flat like a panini. The crunch was totally satisfying, and the combination of flavors was incredible. Paired with a Cuban coffee, the El Cubano made for an excellent meal. The ambiance of music, art, and authentic food had me dreaming of Cuba.

Pro Tip: Do not skip dessert. If you are a fan of flan de leche, you won’t want to miss it here.

La Bouche Cafe is decidedly French. Chef Esra Yuzer wanted to bring a European cafe experience to Hoboken in a casual neighborhood eatery. La Bouche’s reputation as a beautiful brunch spot is well-earned. The menu offers favorites like brioche and croissant French toast with fresh fruit and berry sauce and traditional cheese and stuffed omelets. Crepes and waffles round out the trifecta of breakfast options. If you prefer lunch, there are quiches, sandwiches, burgers, and organic salads. La Bouche is BYOB, so you can pick up a bottle of champagne to sip during your meal (very French). But, there are teas, coffee, espresso, and lattes if you desire a hot beverage. There are tables set up outdoors for people watching on Washington, and while you don’t need a reservation, you may want to make one as the cafe is small inside.

Pro Tip: Order the Nutella Addict Crepe. It is stuffed with Nutella, strawberries, and bananas topped with drizzles of chocolate sauce and powdered sugar — crepe heaven.

Barbes Restaurant imparts the culinary flavors from North Africa in its cuisine. A nod to a Parisian neighborhood at the foot of Sacre-Coeur, the concept is a fusion of Parisian and Moroccan flavors. Barbes reflects both cultures with its cozy bistro feel and brasserie fare with a Moroccan twist. The menu is different. You won’t find anything else like this in Hoboken; it is a truly unique spot. I started with the briouats, phyllo pastry stuffed with chicken and almonds. They were delicate and savory. Next, I tried the tajine d’agneau (a slow-cooked lamb stew with carrots and figs) which was tender and flavorful with a serving of couscous on the side. It was an excellent meal in a pretty outdoor setting. The bar has inventive craft cocktails that make perfect aperitifs.

McSwiggans Pub is a proper Irish pub with great food and great fun. Initially opened in 1999, it became a popular spot to lift a pint and play pool. In 2008, it was destroyed by a fire. It was remodeled and reopened less than a year later with a Celtic Phoenix incorporated into the design. McSwiggans serves Guinness on tap along with American beers and cider. The cocktail list and drink specials at the bar are creative and worth a try. The food is pub-like with burgers, wings, and traditional favorites like fish and chips and Irish chicken curry. It is a popular sports bar and social club where you can watch a game, play trivia, or hear live music. They offer all-you-can-eat weekly specials and brunch on Sunday, which includes an Irish breakfast of eggs, black and white pudding, beans, Irish bacon and sausage, and toast. Outdoor seating is available, and televisions are set up outside to watch football on sunny days.

Pro Tip: The shepherd’s pie is a must-try.

Ali Baba has long been recognized for its outstanding Middle Eastern cuisine. The reputation goes back over 30 years as the kitchen uses quality ingredients to create flavorful, modern interpretations of Mediterranean favorites. The restaurant offers take-out and delivery and has a few tables for indoor dining inside, but outdoor seating is not available. If you like Middle Eastern food, start with the falafel, ground chickpeas with herbs and spices shaped into balls and fried. It’s served with fresh pita, salad, and tahini sauce. The grilled meats are seasoned perfectly and served as kabobs or platters with rice, salad, and condiments. If you are vegetarian, the eggplant dish known as baba ganoush is creamy and one of the best I’ve tasted. The platters are huge and can easily be shared or packed to make another meal. The prices are reasonable, and for the amount and quality of preparation and taste, it is worth a stop when in town. It is a casual spot for a fantastic meal.

Pro Tip: The 40 Thieves Grill Mix serves two and allows you to try four different types of meat with sauce, rice, hummus, and baba ganoush. It is a literal feast.

House of ‘Que is an authentic Austin-style barbecue restaurant that sits right at the waterfront on Sinatra Drive. Texas pitmaster Michael Rodriguez smokes 4,000 pounds of chicken, sausage, brisket, pulled pork, and ribs weekly. After seasoning with his own rub, he smokes the meat low and slow over oak and hickory and tops it with homemade sauces. This is an American tradition from an experienced pitmaster. The brisket smoked for 18 hours then sliced and topped with pickle and onion is a huge draw. When the weather allows, there are picnic tables with stunning views of the New York skyline. House of ‘Que also has special events like Dueling Pianos on Saturday nights after 9 p.m. They have a full bar so you can enjoy cocktails or beers with your barbeque.

Pro Tip: Sit outside if you can get a picnic table. The view and the ’que is a killer combination. 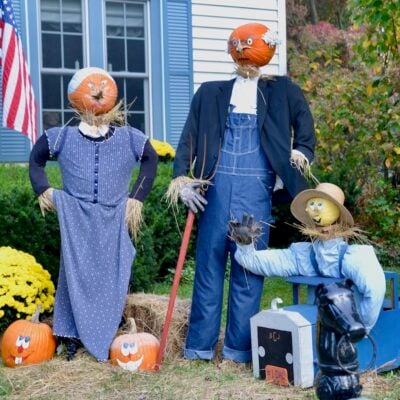 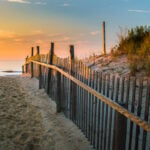 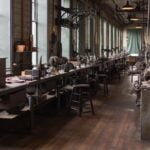 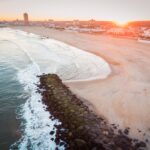