Lessons I Learned From My First Fly Fishing Experience

As we wound along the curving roads, ever rising, we were glad we had rented something larger than an economy car. We needed a vehicle that could handle the climb in altitude as we made our way to the Broadmoor Fishing Camp at 8,800 feet. My friend drove as I watched the scenery change outside the window. The green valley of Colorado Springs gave way to boulders that momentarily in passing resembled a man’s stoic profile. The aspens were in mid-splendor, with gradients of moss green at the bottom gently blending into mustard yellow up top.

We made our way to the camp, 75 miles west of Colorado Springs. Set along five miles of the Tarryall Creek, The Broadmoor Fly Fishing Camp borders 120,000 acres of the Lost Creek Wilderness. There’s a literal lightness to the air that left me feeling invigorated while at the same time winded. Between the sunshine and the altitude, I was near euphoric to spend two nights at this hosted retreat.

The Broadmoor in Colorado Springs is the longest consecutively run Forbes five-star AAA five-diamond hotel and resort. Wilderness was not originally part of the program — just pure indulgent luxury. But when Phil Anschutz purchased the resort in 2013, he wanted to expand the offerings to include more rustic options. Although there are three other all-inclusive wilderness properties that fall underneath the Broadmoor umbrella, Fishing Camp, where we were to spend two nights, is the most primitive, by design.

My cabin was small — two twin beds, a table and chairs, a rocking chair and bureau — and decorated with charming accents of wood furniture and quilts on the beds. The pillows were luxuriously soft. There was a heater that I didn’t turn on at night because I enjoy brisk air in the morning even though it made it hard to climb out from under the warm blankets to walk down the path to the bathhouse.

Down a dirt path, the bathhouse was supplied with soft towels, hot showers, and toilets. The main lodge looks like what you would expect of a fishing lodge: logs and wood beams, a wraparound deck.

Although we were in the wilderness — bear and moose we didn’t see, but we heard they sometimes visit camp — and the cabin was rugged, inside the lodge, the attention to detail was evident. The all-male staff fed us well, brought drinks during happy hour, and regularly asked if there was anything we needed. Like camping, we were able to be outdoors and experience nature, yet we still enjoyed fresh-made food, such as enormous pork chops topped with apple slices, sweet potato fries, charred corn on the cob, salad, rolls, and apple pie with ice cream for dessert.

My friend and I spent two nights at the fishing camp. It was my first time fly fishing and a learning experience about what turns out to be a sport that is very much based on entomology and science. Aside from learning that a fishing lodge experience can be very enjoyable, here are the most important lessons I learned about fly fishing.

Fly Fishing Is An Art (And A Worthy Passion)

The sun had already begun to clear off the evening’s chill as we hiked down to the Tarryall River that first morning, just steps from the main lodge at Fishing Camp. Our guide, Ted Demetriou, started by explaining the basic cast we would be using. We learned quickly that there were certain key phrases we’d hear often: tight lines, rod tip high, flick, mend, and follow. All of these helped us learn the art of fly fishing.

I was curious to learn more about fly fishing, as those who partake are passionate about the art and science behind it. My friend Cathlyn Unruh is passionate about fly fishing and explained to me the allure: “The entomology you need to learn to become adept at the sport is intriguing, and then you combine the life cycle of aquatic insects with the study of the flow of the stream and the geology of the stream bed, the life and habits of the wild trout … it is the most deeply immersing thing I’ve ever done. Then add to that the mechanics and physics of the movement of your body to cast the line and the movement of the fly as the line straightens to make it drop exactly where you want it and in the manner that most closely mimics the insects that are present. It is just the most beautiful thing when it all comes together perfectly, at just the right moment in time, for a beautiful trout to rise and take your fly!”

For our lesson, right off, Demetriou explained the importance of a nice strong grip and that the position of the thumb would work as a guide point. “When you’re casting, wherever that thumb is pointed and wherever the bottom of that reel is pointed as well, that fly and a bubble (similar to a bobber but designed for fly fishing to allow water to stream through) is going to go.”

First, we learned nymphing (fishing with the fly underwater). “In Colorado, we have a lot of tailwaters here. If you want to catch fish, you’re going to be nymphing. They say 80 percent of what a fish eats is subsurface,” Demetriou told us.

“You saw A River Runs Through It with Brad Pitt, right? Forget everything you saw. We’re not going to do any of that. Everything we’re doing here is right up close.”

“Rod tip high followed by a downward stroke. It’s just like you’re hitting a nail with a hammer.” The three things Demetriou emphasized to remember: Flick, mend, and follow. Then watch the indicator (the bubble).

“If that does anything — goes down, shoots that way, goes down and shoots up, just tips at all — you’re setting that hook. If you hear me say Set! you’re going to cinch down on here. And you’re going to give it a quick little downstream pop.”

My friend and I weren’t long before we were feeling confident in our casting. Setting the fish was another matter. We both had a few that got away.

Scott Terrant identifies his Broadmoor job title as Lackey with a chuckle. A more formal title might be Manager, but his duties are much more encompassing. He’s the manager, chef, and a fisherman who was working toward his master’s degree in fisheries biology when he was offered his Broadmoor position. He’s modest about his knowledge, but he helped design and develop the program at Fishing Camp.

Terrant said one of the most important aspects of the camp is its location. “We’re very fortunate to have an incredible resource, the Tarryall River, running through here.”

Before the camp opened, Terrant spent time studying the stream and looking at the biomass to understand what the opportunity was for fishing. “I got to look at my bugs and recognized quickly that we had an opportunity that most other camps, especially in Colorado, and especially on the Eastern side of the continental divide, don’t have: the luxury of incredibly quality water.”

You Need The Correct Fly

Sitting mere feet from Shea Gunkel as he demonstrated how to tie a fly lure, I squinted yet could still barely see the tiny piece he was working on. For the rest of us, there was a screen with a magnified version of Gunkel’s work to see. Gunkel, however, worked as if the fly was much larger than, say, an actual fly. But it’s not. I secretly am envious of his impeccable eyesight.

Gunkel, a professional fly tier, said he creates over 100,000 ties per year. You may not see him at work, but his ties are crucial to the sport.

A mix of science and experience has led Gunkel to believe that fish eat the flies he creates for three reasons.

“Number one is profile, which I am huge on: Does it look like food? Number two is size. Number three is color. And with color, there’s nothing natural in nature that is purple or blue. I mean, there aren’t blue bugs, but I tie blue flies because they work,” Gunkel said.

“I’m not really a fisherman anymore. I don’t fish. I’m a fly tier. My goal is to make the fishing experience better. You want to make flys that drop faster, float higher…these guys here, they have to be quick and they have to last, ’cause if I’m tying knots all day on the new flies because it broke or flipped, I’m not doing you your service.”

Watching a professional at work (in addition to tying flies at Fishing Camp, Gunkel is a contract signature designer for Umpqua Feather Merchants) made me feel lucky that Gunkel had taken care of the hard part.

Terrant explained the science behind fly fishing but also shared its simplicity: “I’ve taught thousands of people how to participate in the sport, and it’s simple — the simplest science in the world. When you go to the river tomorrow, pick up a rock and turn it over. There’s going to be a bug under there. And if that bug is big and green, my money would say to look in your fly box and throw on a bug that’s about that big and green. I mean, it’s truly second-grade science, if you let it be; there’s no real reason to complicate it.”

There’s Plenty Of Down Time If You Want It

The attitude at Fishing Camp is laid back and geared to the guest’s desires. Want to fish as much as possible? The guide is ready for another round. Prefer to spend some time enjoying the beauty of the Colorado wilderness? That’s okay, too.

No Cell Service Means A Chance To Communicate

After a day of fishing, guests gather on the porch of the lodge, inside the lodge for happy hour and dinner, or around the fire. It’s a chance to communicate and connect, especially since cellular service is nonexistent and Wi-Fi is spotty. Rather than feeling denied or deprived, you can enjoy the gift of authentic communication.

My friend and I are not alone in this trend of women enjoying a traditionally male-centric sport. According to the Outdoor Foundation and Recreational Boating and Fishing Foundation’s Special Report on Fishing (opens as PDF), in 2019, 17.9 million women put a line into the water, making up 36 percent of the overall fishing demographic and 30 percent fly fishing. And 22 percent of those women experienced their first time fly fishing in 2019.

While many women visit year-round, The Broadmoor Fishing Camp also offers exclusive women’s weekends called These Boots Are Made For Wading.

Krista Heinicke, the public relations and communications manager for the Broadmoor wilderness experiences joined us during our fishing trip. She said the women’s weekend is a way to empower women to fish on their own. “It just really made sense to encourage women to get out there and start casting,” Heinicke said.

“The women’s weekend is just super relaxed. Some people really come to just do nothing and maybe it’s a chance away from kids and spouses. These Boots Are Made For Wading is a chance for women to bond, learn a new skill, and do so without men who might fuel any insecurities in learning a new sport.”

Heinicke added that during this period of social distancing, “fly fishing is the easiest sport to participate in.” It necessitates “nine feet of separation because of your rod ball,” so “you’re naturally socially distanced” — and enjoying the great outdoors. For more unique socially distanced in nature opportunities, consider 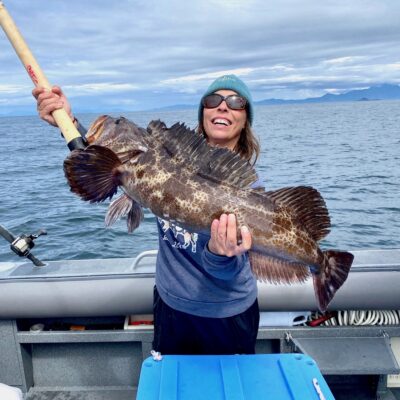 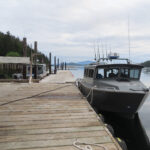 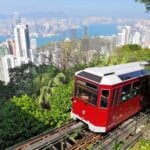