Why I Wanted To Go

As a child, I poured over the latest issue of National Geographic the minute it arrived, dreaming of far-off lands. As an adult, I have been to every continent, except Antarctica; but I had only been as far as an airport layover in South Africa. Africa was still almost as much a mystery to me as when I was a child.

As an amateur photographer, I wanted to go on a photo safari to improve my photography skills and learn to take photos like those in National Geographic. I hoped to add the Big Five, the African elephant, Cape buffalo, black rhinoceros, lion, and leopard, to my photography portfolio. At the same time, this trip could only begin to unveil the secrets of the vast continent of Africa.

What The Challenges Were

Climbing Mount Kilimanjaro was out of reach for me physically. I needed a knee replacement, so standing was difficult for me. A photo safari where I photographed the images from a Land Rover, was the perfect solution. I focused on what I could do.

Deciding the best time to go to reach a maximum number of photo opportunities was critical. I decided that going during the Great Wildebeest Migration, when the animals are active, would provide me with a lot to photograph. But going to Arusha, Tanzania, in August is prime time due to the Great Wildebeest migration, so finding flights that met my schedule was challenging.

Our safari started in the isolated and private Northern Serengeti. It was a challenging trek. We flew into remote Tanzanian Serengeti National Park on a 12-passenger bush plane. We peered into the full mouth of the Ol Doinyo Lengai volcano as the pilot circled. We continued over the soda lake, Lake Natron, where that day, the pink flamingos were missing.

The roads, which seemed non-existent to me, were packed dirt and as bumpy as an old-fashioned washboard. In a race to see the wildebeest crossing the Mara River, we had a ride that resulted in my tailbone throbbing and others complaining of backaches.

A big part of this trip was witnessing the wildebeest crossing the Mara River. With over two million wildebeest migrating from the northern Serengeti plains back to Kenya’s Maasai Mara, taking along thousands of zebras and Thompson’s gazelles as their traveling companions, it shouldn’t be that difficult to see a crossing. Yet, with many crossing points, being in the right place at the right time was a challenge.

And yet, while that was a challenge, our Topguides Safaris guides managed to make it seem almost effortless. Our tour had three land rovers, and we often spread out, so that when one group spotted something the rest of us needed to see, they radioed the other groups, increasing our sightings. These guides were also well connected within the community, and we often stopped to get the latest intel.

Taking images of wildlife is a challenge. Waiting for the right frame takes patience as there’s no posing those cute lion cubs. One thing that struck me was you’re not at the zoo. They can’t map out and schedule what you’ll see. It is unpredictable. Will you see that black rhino?

How I Made It Happen

While I can plan and pack for a domestic trip in a couple of hours and in a day for a European trip, the remote Serengeti took a lot more planning. The key to the success of this trip was research.

I need to discuss with the trip’s sponsor to determine the amount of walking and standing required. If there were places to sit and not much walking, it was within my ability. However, I didn’t want to make the trip and have an issue for the trip’s coordinator or myself.

Finally, to begin the safari in the distant Northern Serengeti, I flew seven hours to Amsterdam from the United States. My layover in Amsterdam lasted several hours, and then I flew several more hours to Arusha. One of our guides met us at Kilimanjaro International Airport late in the evening, and from there we drove about an hour to the African Tulip Hotel. Early the next morning, our adventure started to take shape. We flew in a 12-passenger bush plane to meet our drivers. The safari began as we took several hours to drive to our camp, stopping for photos along the way.

What Made It Worth The Wait

I came back with over 8,000 photos and lessons from our instructors who had published in National Geographic. Their photo reviews allowed me to improve my photography skills times two. I incorporated some of these photos into my stock photography portfolio.

Our guides were top in their field, and during the 10-day safari, we saw the rare black rhino twice. One thing I didn’t expect was the dozens of bird species. I had focused on the large game animals, but there was so much more to photograph.

Things to Know Before Your Safari

To prepare the best Tanzania safari experience, here are some tips.

The neutral colors, like beige, olive, and gray, work best for safaris because they help you blend in and be less noticeable to the animals. If you plan for a walking safari, though, wear bright colors to keep the animals away. A Tanzania safari involves a lot of dust. Avoid white. In Tanzania’s Ngorongoro Crater, avoid dark blue and black clothing as these colors attract biting tsetse flies.

Tanzania isn’t always hot. On the early morning drives, it can start chilly, and by mid-day, it’s scorching hot, so dressing in layers to peel off through the day works best.

The Best Time To Go

August and September are the months to witness Great Wildebeest Migration because October begins the rainy season when the herds start their return trip. February and March are the best for predator and prey interactions.

Considering a safari experience? Read up on these nine reasons to experience a safari on the luxurious Zambezi Queen, plus nine things to know before booking a long safari. 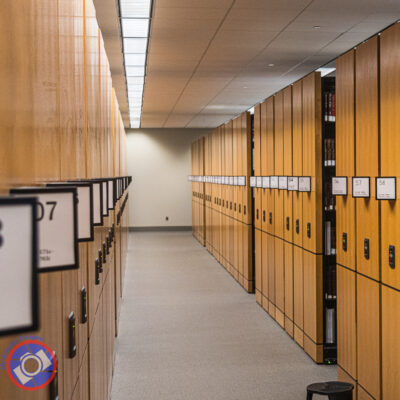 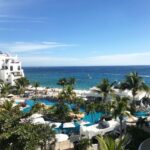 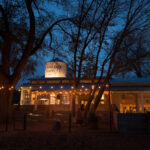 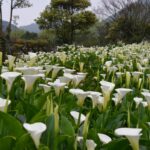