‘The Sound Of Music’ And More: How To Spend An Amazing Weekend In Salzburg

To most Americans who grew up in the 1960s, the city of Salzburg in Austria will always be etched in their minds as the place where the beloved movie The Sound of Music, from 1965, starring Julie Andrews and Christopher Plummer, took place and was filmed. Who can forget the beautiful travelogue of Salzburg splashed on the screen as Maria, the governess, and the six children tour the city when singing “Do-Re-Mi” wearing costumes Maria made by hand from drapes?

Even with that great reputation, there are so many other things to see and do in the enchanting, compact city of Salzburg.

Salzburg’s historic city center was added to the UNESCO World Heritage list in 1996, and it has beautifully preserved baroque architecture. The city boasts 23 churches and three universities. It is the birthplace of composer Wolfgang Mozart, and the city celebrates his talents and history in many ways.

Things To Do In Salzburg

Salzburg has an abundance of culture, art, music, and history to pack into a weekend.

Long known as one of the most spectacular formal gardens in Austria, the Mirabell Palace and Gardens should be on the top of your must-visit list. The palace was built in 1606 and borders the Salzach River near the medieval city walls. The Salzburg Palace Concerts are scheduled in the opulent Marble Hall. The symmetrically designed gardens created in 1687 have four groups of mythology-themed statues sculpted by an Italian artist. Scenes from The Sound of Music were shot in the gardens.

Mozart spent his formative years in this house. Unfortunately, it was destroyed during WWII, but it was faithfully reconstructed and is now a museum. The museum relates how the family lived and reflects their daily routines.

The Salzburg Cathedral is a baroque-style wonder on a square alongside St Peter’s Abbey and the Salzburg Residenz. Founded in 774, the Salzburg Cathedral has been destroyed and rebuilt a number of times. The latest structure was constructed in 1811 in the distinctive baroque style. Inside the cathedral are illustrious frescoes and a grand organ.

Definitely not for kids only, the Toy Museum is a fun and fascinating look into antique toys. Divided into two sections, the museum part displays old and vintage toys and games, and the “play” part lets you unleash your inner child by participating in interactive games. There’s also a children’s library and screening room with films for the youngsters. The museum has special themed and seasonal activities and games.

The DomQuartier Museum combines five small museums that explore the baroque roots of Salzburg. The museums include the St. Peters Museum, the Cathedral Museum, the Residenz, and Residenzgalerie, which, together, display and tell the rich history of the city.

If you want to advance to the Salzburg of the 21st century, Hangar 7 will get you caught up. Located near the Salzburg airport, the enormous, glass-enclosed space features exhibitions of motorcycles and Formula 1 cars and displays of spaceships and planes. Since it’s next to the airport, Hangar 7 presents air shows. The Ikarus Concept Restaurant invites chefs from around the globe for a month at a time for guest stints during which they get to cook their most creative dishes. Hangar 7 also has a casual cafe and restaurant, their Mayday and Threesixty Bars — which have glorious views and a wide selection of Champagnes, sparkling wines, and ciders — temporary photo exhibits, and a souvenir boutique.

A visit to Salzburg wouldn’t be complete without a Sound of Music Tour. There are a number of ways to experience the magic of the film and the von Trapp family, either in a big tour bus, in a van, by bicycle (just like the film!), or while walking. The tours include the many locations in the film, such as the Schloss Leopoldskron, the family home; Hellbrunn Palace, where many of the singing scenes took place; St. Gilgen on Wolfgangsee Lake (roughly 40 minutes outside the city), where the opening scene was filmed; and finally, Mondsee Basilica, where Maria and the captain get married. There are other Sound of Music-inspired of tours available, and there’s even a Salzburg tour guide who sings songs from the film.

The city that musicians and composers — from Mozart to Bach to Strauss — thrived in and where they composed their most iconic musical works, Salzburg is truly the capital for classical music. Concert halls and venues are abundant and offer an incredible range of musical performances.

The Mozart Dinner Concert comprises a three-course, candlelit dinner, using historical recipes of the time and updating them, and two opera singers and five musicians dressed in period costumes who perform excerpts from Mozart’s best operas including “The Magic Flute,” “Don Giovanni,” and “The Marriage of Figaro.” The setting is the Baroque Hall at St. Peter Stiftskulinarium, a former monastery.

The Philharmonie Salzburg orchestra features the new generation of musicians fresh from the Mozarteum University. Not only do the promising musicians play treasured classical music; they also perform pieces of contemporary music including the crossover compositions featured in Mozart Goes Jazz. The Philharmonie is also home to the premieres of modern composers.

The Salzburg Festival, now celebrating its centennial year, is the biggest music, opera, and theater festival in Austria and is internationally known. Slated usually for almost a two-week period from mid to the end of July, the festival involves performances at dozens of venues including churches, palaces, cathedrals, concert halls, and universities, plus outdoor venues such as city squares and arenas.

Best Places To Eat In Salzburg

Salzburg is considered the culinary capital of Austria, with a high concentration of sophisticated, Michelin star restaurants, but there are still many casual and homey places plus authentic coffee houses.

A true, old world-style cafe that dates back to 1700, Cafe Tomaselli is a Salzburg institution. The cafe serves rich, classic Viennese pastries and strong coffee on silver trays in an interior of rich wood walls and floors, authentic caned chairs, and crystal chandeliers. You may even spot the ghost of Mozart, who frequently visited the cafe.

A traditional style restaurant with the look of an old-fashioned inn, Restaurant s’Herzl serves Austrian specialties such as wiener schnitzel, sausages with sauerkraut, and, for dessert, Kaiserschmarren, pancakes with stewed plums.

Since 1901, Die Weisse beer garden and restaurant has been a hometown favorite. It’s the oldest brewery in Salzburg for wheat beer, and today they still adhere to the original brewing methods. At the restaurant, they serve hearty dishes such as bratwurst, spinach and cheese dumplings, roasted pork, and apple strudel with whipped cream.

Modern Viennese cuisine at Restaurant Esszimmer takes on the qualities of French haute cuisine along with a Michelin star. Since 2004, chef Andreas Kaiblinger has been bringing his creative flair to Salzburg in a dining room with a sophisticated ambiance.

Famous for inventing the Mozartkugel, a delicious, chocolate sphere filled with pistachio marzipan and nougat candy, Cafe Konditorei Furst is the quintessential Austrian cafe. The original owner of the cafe and the inventor of the Mozartkugel, which is wrapped in silver foil and named after Mozart, won the gold medal at a Paris food fair. Other specialties include the Furst truffle, made with dark chocolate, vanilla, and coffee; the Salzburger Schilling, with layers of nougat; and the Doppler Kon(Ef)fekt, a chocolate treat made with Champagne, named after Viennese physicist Christian A. Doppler.

The home of the first Sacher torte, the rich, sinful chocolate cake, is also one of the finest hotels in Salzburg. Hotel Sacher has elegantly decorated suites and rooms range from a spacious 300 square feet for the smallest room to the over-2,000-square-foot presidential suite. All rooms are furnished with antiques and tasteful artworks to match, along with marble bathrooms. Three dining establishments include Zirbelzimmer Restaurant, which dates back to 1866, overlooks the Salzach River, and serves updated classic Austrian dishes; the more informal Sacher Grill, serving their famous Salzburger and a winning wiener schnitzel; and the Cafe Sacher, with incomparable pastries and desserts. The full-service spa includes massages and treatments, a fitness center, and a steam bath and sauna.

The award-winning boutique Hotel Goldgasse offers individually decorated rooms at reasonable prices, starting at a little over 100 euros per night. The four-star hotel has a cozy dining room serving fresh, mostly organic products, and guests can enjoy relaxing in their garden. Hotel Goldgasse is a member of the prestigious Small Luxury Hotels of the World.

For more inspiration, read up on 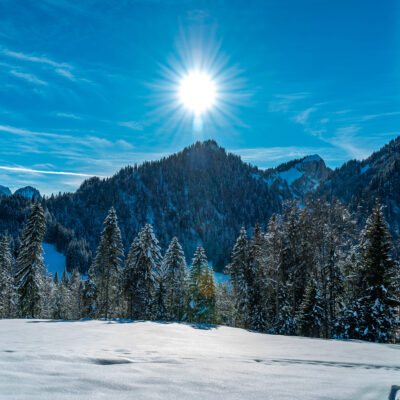 Austria9 Fabulous Experiences In One Of Austria’s Sunniest Winter Destinations 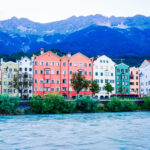 Austria7 Best Things To Do In Innsbruck, Austria All Year Round — Besides Skiing 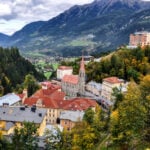 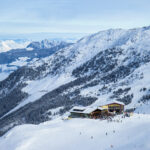