Native American Culture: Tribes Return To Traditional Names And Why That Helps Travelers

A friend, who also happens to be a writer, reached out to me one day for clarification on tribal affiliation for a story she was working on. She mentioned that her research showed the subject as a Lakota Native American. She mentioned she thought he was Sioux. So, to add to her confusion, I said he was both. What started most likely in her mind as a short conversation turned into a longer history and culture lesson.

As a child, I always referred to myself as Santee Sioux. It was later in life that I adopted the more traditional Santee Dakota. More tribes are reverting to using their traditional — real — names, rather than continuing to use the ones given to them by Europeans and European-Americans, such as fur traders, conquistadors, and explorers.

Following the 1969 occupation of Alcatraz Island by the Indians of All Tribes and the Wounded Knee occupation in the mid-1970s, Native pride became stronger. Congress passed legislation allowing tribes to operate through self-determination (running their own tribal governments, judicial systems, etc.). Tribes started reclaiming their names.

As travelers, it’s important for us to understand the regions and attractions that we visit, including the history, traditions, and culture. We pride ourselves on mentioning these things when we travel to other countries and continents. It’s just as important to do it in the United States because we have places such as reservations and attractions that have been given English names but are more often using historical or traditional names. It helps to show respect to the people whose land we are visiting. Here’s a look at a few tribes and their original names. Please note that when you research tribes, some will appear with script marks as a way of pronunciation.

The word Sioux was considered an insult against the Lakota, Dakota, and Nakota people of the Midwest. Nicknamed the nadowe-is-iw-ug — “snake” — by their enemy, the Ojibwe, the term was later misinterpreted by French traders, who called the people Sioux. The three nations, each considered their own sovereign nation, hated the word. However, over the years, as westward expansion and war eventually resulted in tribes being assigned to reservations, government officials used Sioux to help identify tribes such as the Santee Sioux, Yankton Sioux, and Oglala Sioux.

The iSanti Dacotah (Santee Sioux) primarily live in Minnesota and Nebraska. The Santee host a wacipi (powwow) each June on the northeast Nebraska reservation. Visitors are encouraged to attend. The tribe honors its veterans from the 1862 U.S.-Dakota War through the Middle East conflicts with a monument dedicated in 2019. Mankato, Minnesota, is the site of an even larger wacipi in September.

The Lakota is the largest of the three tribes. The Lakota live primarily in South and North Dakota. The best-known Lakota is Crazy Horse, who helped lead the defeat of the Seventh Cavalry at Little Bighorn. He later died under controversial circumstances while in military custody at Nebraska’s Fort Robinson (now a state park). With reservations near major attractions such as the Badlands National Park, you’ll likely drive through some of their nation. With an impressive history and leaders, including Sitting Bull and Black Elk, a visit to places such as Wounded Knee offers interesting lessons. I offered to add to my friend’s confusion by breaking down the Lakota even further into smaller bands, such as the Oglala, Brule (Sichangu Oyate), and Hunkpapa (Hunkpapha). She passed. I think it was information overload.

The Nakota is the smallest of the tribes. Known as the Yankton (Ihanktunwan), the tribe is located in eastern South Dakota. Tribal members often live on reservations with the Lakota and Dakota, so their numbers don’t often show as their own tribe.

Located primarily in Minnesota, the Ojibwe (o-jib-way) were nicknamed Chippewa by French fur traders. Once occupying land in the northern half of the U.S. stretching from the East Coast into Canada, the tribe eventually contracted to the Great Lakes. Today, as you drive the scenic North Shore from Duluth to the Canadian border, you’ll visit the Ojibwe’s Grand Portage Reservation. Home to the Grand Portage National Monument and the High Falls at Grand Portage State Park, the drive offers beautiful scenery of Lake Superior and the forest region. At a wayside observation stop about a mile south of the state park, you can take in an amazing view of the Great Lake, forests, and see Canada and even Michigan.

With two separate federally recognized bands, the Ho Chunk — People of the Sacred Voice — have communities in Wisconsin and Nebraska. They are completely different entities. The Wisconsin Ho Chunk don’t have a reservation, as its members live on privately owned land. With its tribal headquarters in Black River Falls, you can enjoy outdoor activities at Black River State Forest, including 24 miles of hiking trails. During winter, you can cross country ski the same routes. Camping, fishing, and other outdoor activities are also available at the state park. The tribe hosts a powwow over Labor Day weekend.

The Nebraska Ho Chunk live on a reservation in northeastern Nebraska, with its headquarters in Winnebago. The bands separated when they were forced to relocate to Iowa, and then later Minnesota, before being settled in Nebraska. The Ho Chunk — known as Winnebago by Algonquin Native Americans as well as French traders — host the oldest powwow in North America in Winnebago the last weekend of July. You can also learn about the tribe’s clan history at its Clan Sculpture Garden and Cultural Plaza.

The Umohon (Oo-mo-ho) were referred to as the Maha by French fur traders. The English name eventually became Omaha. The Umohon originally lived along the Ohio River before migrating west to the current Nebraska/Iowa border in the 17th century. They lived along the Missouri River, where the tribal name translates to Upstream people. The Omaha tribe has lived in northeastern Nebraska, sharing a border with the Ho Chunk reservation. Tribal member Susan La Flesche Picotte became the first female Native American doctor and spent much of her career working in Walthill, near the reservation. The building where she practiced medicine is undergoing renovation to become the Dr. Susan La Flesche Picotte Center.

The Umohon hosts its annual Harvest Celebration powwow in August. With limited attractions, the Omaha Reservation is located near Decatur, a small river town with plenty of fishing and camping. Open seasonally, Pop-n-Docs is a nice place to enjoy casual American fare.

The largest Native American tribe in the United States calls the Southwest home. The Navajo Nation consists of more than 308,000 people, with about 173,000 living on a reservation the size of West Virginia. Covering about 27,000 miles in Arizona, New Mexico, and Utah, the reservation is home to Four Corners National Monument. It’s an attraction that’s inviting to visit because you can actually be in four states — Arizona, New Mexico, Colorado, and Utah — at one time. The monument includes a vendors market, where you can buy authentic Native American products, such as jewelry, pottery, and clothing.

The Navajo, a Spanish adaptation of a word used by the Pueblo meaning farm fields in the valley, prefer to be called by their traditional name — Dine (Dee-Nay) — which means The People. Proud of their history, the Dine invite visitors to tour attractions along the Navajo Cultural Tour. The tour includes a three-day itinerary from the Navajo Interactive Museum at Tuba City Trading Post to the Window Rock Monument and Veterans Memorial Park. Among the highlights of the tour are Monument Highway (featured in movies and television programs) and the World War II Code Talker memorial.

The Dine hosts its annual fair and powwow each September at Window Rock. The powwow features dancers from around the country as well as drum groups.

As a writer, I enjoy sharing Native American attractions and cultural information with others. I believe the more we know about others, the better understanding we have of America’s diversity. I also apply this process to learn about other groups and people because I enjoy learning the history, culture, and tradition of everyone who makes the U.S. the unique country it is. We can learn a lot by researching our planned trips so we are respectful of others as well as learn about different cultures. I hope this brief overview of a few of the more than 300 federally recognized tribes helps broaden your interests and opens the door to enhancing your travels. As the old adage goes, “The more you know …” 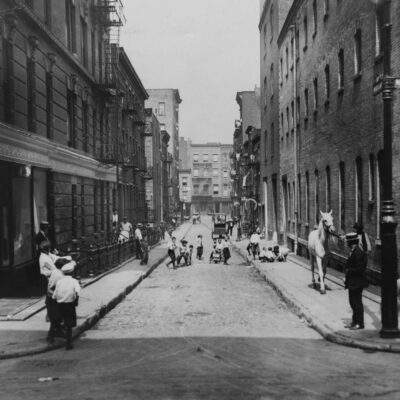 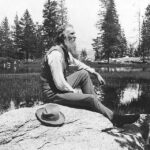 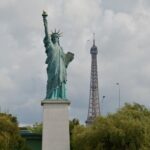