Although I like cruises, I have only been on two of them — once when I was 10 years old, in the mid-1960s with my parents, and in 2007, on the Queen Mary II, with my family for my mother’s 80th birthday. Last May, I received an opportunity to go on a mini three-day cruise from Bordeaux on a converted barge, and I said yes immediately.

I arrived late morning by train from Paris to Bordeaux, and it was an easy tram ride and a short walk to the boat dock. I was instantly impressed viewing the outside of The Tango, which had a Jacuzzi on the top deck — which I immediately wanted to relax in with a glass of Champagne — an attractive outdoor dining terrace, and a lounge area at the bow with throw pillows. There was also a lovely view of the skyline of Bordeaux with its fabulous, 18th-century limestone architectural wonders.

The First Day And The Introduction To The Captain And Crew

The owner and captain, Franco-American Daniel Sak, introduced himself along with his mate and assistant Daphna. They were both friendly and welcoming, showing me to my suite and around the rest of the boat. Daniel wears other hats besides being the owner and captain, as he is also the on-board chef. He prepared a delicious, Mediterranean-style lunch of plump red and yellow tomatoes, creamy mozzarella, and tabbouleh, followed by aromatic roasted chicken with herbs, mushrooms, small potatoes, roasted garlic, carrots, and bell peppers.

While having lunch and drinking a well-selected bottle of Bordeaux wine, we all told each other our life stories and how we ended up living in France. Daniel is half American and half French, and he spent his formative years in California before moving to Europe in his late teens. In 1999, when Daniel was just 17 years old, he bought the Tango, a barge built in Nancy, France, in the 1930s. Painstakingly rebuilding and refurbishing the boat, it took two years to transform the boat into a luxury barge and floating hotel. For the first 20 years operating the boat, the Tango specialized in wine cruises on the Canal du Midi in Southern France, but three years ago Sack changed course and decided to travel a new route by docking the boat in Bordeaux, now a very much desired tourist destination, and sailing the Garonne and Dordogne Rivers.

The main cabin of the boat features two suites and two other guest rooms, a total of four rooms, all with en-suite bathrooms, and accommodates up to eight people. I stayed in a suite that had blonde wood paneling with all white bed linens, brass portholes, and a cool round shower with mustard-color tiles. The room was quite comfortable, and the boat hardly rocked at all while I slept. The deluxe suite, isolated on one side of the boat, has a vintage bathtub with claw feet and beautiful art deco dark wood cabinets.

The main lounge has a full bar, dining table, and tufted leather couches. Daniel has yet another added talent: He’s a musician, and he has an electric guitar setup in the lounge where he will occasionally strum a few tunes.

Day One Excursion: Exploring Bordeaux On The Gironde River

On the first day after lunch, we sailed down the Gironde River for a few hours, taking in the stunning scenery of the limestone facades of Bordeaux, including the former stock exchange and the contrasting swirling glass tower of the Cite du Vin, the new wine museum, and the latest architectural wonder built in 2013, the Jacques Chaban-Delmas Bridge, the longest vertical-lift bridge in Europe.

On day two, we drove about 30 minutes from the city, passing the legendary grapevines and vineyards of Bordeaux. Seeing one wine chateau after another with majestic-looking entrance gates, we drove down a narrow road and arrived at Chateau Coutet. The brand was started in 1855 and is still going strong with the fifth generation of the winemaking family. Adrien Coutet now runs the company with his father. Adrien, the heir apparent, gave us a thorough tour of the vineyard and winemaking facilities. He explained that when his ancestors started the vineyard, pesticides didn’t exist, so the wine was all natural. They still use the same methods for growing grapes, and now it’s called organic wine. The elegant main chateau, covered in ivy, was built in the 1700s. I loved that there was a still intact chapel on the property from the same time as the main chateau. We walked down a creaky stairway to the cellar, which had walls lined with hundreds of dusty wine bottles. Adrien pointed out vintages dating back as far as the 1950s and confidentially told us the best and not-so-great years. The best part of the tour was saved for last, as we finally did a wine tasting of four vintages. The prices were reasonable for such quality wine, starting at $20 a bottle. I especially loved the red wine and bought a few bottles. The most unique bottle was actually a 100-milliliter test tube, and I bought a few for gifts, which I can take back to my friends in the U.S. because I can put them in my carry-on luggage.

It was now about 5:30 p.m. and we drove to the historic town of Saint-Emilion, where the Romans settled in approximately 150 A.D. and planted vineyards in the second century. Saint-Emilion is a UNESCO Heritage site, and I scaled the heights of the small village, discovering squares with ancient, stone fountains, building fronts draped in vines and flowers, open plazas with cafes, Romanesque churches, Roman ruins, and appealing wine bars and restaurants I took note of for when I return in the future.

The next day we went to the Lillet factory, where the iconic aperitif is produced. The fun and informative tour was led by two girls in their early 20s, and I was pleasantly surprised by how knowledgeable they were. We learned that in 1872, the Lillet brothers started a wine and spirits company, and in 1887, they created Kina Lillet, a new drink that was made with quinine, a blend of juice from macerated orange peels, and white wine. Lillet was a huge success, and to keep up with the demand and also to expand the brand, the company invented new varieties in the 20th century, including Lillet Dry, Lillet Rouge (made with red wine), and Lillet Rose, which was launched in 2011 in response to the growing rose wine trend. My favorite part of the tour was a display of their illustrated posters from 1896 to 2014, which, in itself, was a history lesson about how Lillet evolved. We did a tasting of the various flavors and all of them had a subtle but distinctive taste. The visit to the factory brought back a funny memory about my first trip to Paris, when I ordered Lillet at a cafe, and the waiter served me a glass of milk because he thought I said le lait, instead of Lillet.

After our daytime itineraries, we would return to the boat late in the day and have cocktails and wine, and I did indulge in my glass of Champagne while basking in the Jacuzzi.

On my last night, Daniel told me and the crew there was a special surprise after dinner. Daniel outdid himself that night and cooked a pot of chili — the best I’ve had since I moved to France 15 years ago. Try pairing a bottle of Bordeaux red with chili; it’s fantastic.

At about 10 p.m., there was an amazing display of fireworks bursting on to the harbor to celebrate a wine trade show in the city.

With such a great send off the night before, I was sad to leave my new boat family the next morning.

Pro Tips About The Tango

The Tango is available for private charter for five- and six-night cruises for four to eight people. Rates start at $20,500 for four people for a six-day cruise, which includes all meals, wines, and bar and refreshment drinks aboard; air-conditioned minivan transfers to and from the barge from the Bordeaux train station or local hotel, all excursions, visits to historical sites and museums, vineyards for wine-tastings, and markets; plus all entrance fees and use of onboard bicycles, the deck-side spa, the library, Wi-Fi, and a CD collection and player.

Five-day cruises with half-board are also available, with prices starting at $21,000 for six people.

Cruises sail from the first of May till the end of October. From November to October, the Tango becomes a floating hotel, permanently docked in the heart of Bordeaux.

The staff of the Tango is happy to assist in arranging customized, excursions in the city of Bordeaux and the surrounding area before and after the cruise.

Considering a splurge? Read up on nine reasons to experience a safari on the luxurious Zambezi Queen, or my fantastic experiences on Rovos Rail: the orient express of South Africa. 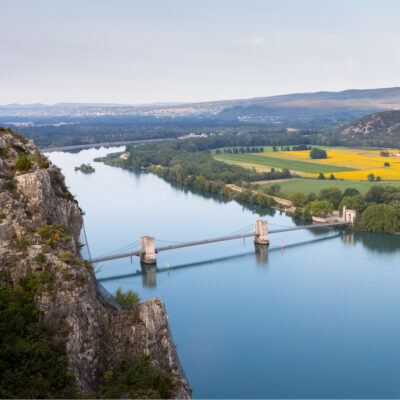 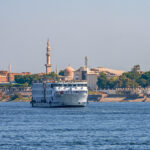 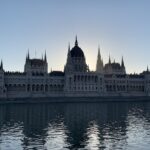 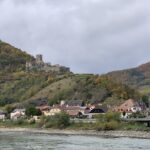