9 Travel Lessons I Learned After I Was Deported From Ireland

“Happy birthday, Kelly,” the immigration agent smiled as he handed back my passport.

I did a double take. In the hundreds of times I’ve crossed international borders, this was the first time an immigration agent had initiated friendliness.

Later, a Changi Airport PR representative told me that Singapore’s immigration agents are taught safety first and hospitality second. “After all,” he explained, “the first contact a visitor has with Singapore is with an immigration agent.”

I had the very opposite interaction in the Republic of Ireland when I was recently deported by Irish immigration.

One thing I’ve learned this year: It’s not a good idea to relocate to another continent during a worldwide pandemic. Last year, I sold my house in Los Angeles with the intention of spending this past spring traveling in Europe to scope out a new home. I happened to be in London preparing to spend a month housesitting in Montenegro when Europe started closing borders. I was locked down in London.

As my six-month visitor visa neared expiration, I spoke with a dozen immigration lawyers about my options. I wanted to remain in the United Kingdom; a friend had offered me her empty house in Edinburgh for the anticipated second COVID wave. I had no other place to go.

Lawyers’ responses ranged from “It’s impossible to extend a visitor visa” to “Here’s a link to the application for visa extensions.” That application cost $1,800 plus lawyers’ fees.

When I spoke separately with two representatives of the UK’s Home Office (the equivalent of the United States Department of State), I was told I could “stamp out” into another country, return to the UK, explain my situation to the UK immigration agent, and hope they would issue another six-month visitor visa.

One of the Home Office representatives directed me to the online manual that guides immigration agents — and to the specific sections showing the criteria agents use when determining if a visitor is attempting to string visitor visas to maintain residency — which I wasn’t.

Armed with highlighted printouts and proof that I wasn’t permanently residing in the UK, I boarded my flight at Gatwick and landed in Dublin so I could “stamp out” into the Republic of Ireland. I had another flight from Dublin to Edinburgh that evening to “stamp back” into the UK.

As luck would have it, I got an immigration agent who really should get his charm school tuition refunded. I answered his questions truthfully: I had no reason to be coy. What I was doing was perfectly legal and at the advice of the UK Home Office… but it raised his hackles.

I was turned over to a younger immigration agent. He asked me questions that led me to believe I’d be fine, such as the address in Edinburgh where I’d be staying. He asked when I entered the UK and asked for proof, “…such as a boarding pass on your phone.”

I thought this was a strange request. Of course I didn’t have a six-month-old boarding pass.

Generally, I do carry a copy of a recent bank statement when I’m entering foreign countries, but I didn’t think I’d have a problem in Ireland.

The agent assented but barely looked at the screen when I showed him my account. Instead he said, “You can’t use your cell phone here” and reached through the window to take it.

After placing my phone out of my reach, he disappeared with my passport and a stack of papers.

When he returned, he said that “under these circumstances” he was required to call UK immigration to see whether they’d accept me back. He said they wouldn’t and that therefore Ireland had decided to refuse me entry. I’d be deported back to Gatwick on the next flight. He didn’t allow me to speak directly with UK immigration to explain my circumstances and conversations with the Home Office.

He explained that my cell phone and passport would be put into an envelope and given to the captain of the flight I’d be on, who would hand it over to UK immigration agents at Gatwick. They would decide whether — or not — I’d get my phone and passport back.

Then I was asked to stand against a wall that had height measurements marked, and my photo was taken, mug-shot style. I asked the surly agent what the photo would be used for.

With that, I was turned over to two immigration police officers, who, after hearing my story, said they were surprised I was refused entry. They led me outside to a paddy wagon, a police van with a rear-locked compartment featuring metal benches facing each other.

The officers allowed me to sit in the van’s backseat rather than in the locked compartment. We exchanged life stories; it was a long ride.

When we reached a far corner of the airport, I was led up five flights of stairs — one of the officers carried my luggage! — and was asked to sit in a quiet hallway. They handed me my phone.

Alleluia! I immediately texted a friend in London. She got busy activating her international network to see where I might stay if immigration at Gatwick refused to allow me to reenter the UK. Since the UK had, according to the Irish immigration agent, denied me entry to Edinburgh, it was entirely possible I wouldn’t be allowed back into London. It was pretty ironic that I was being deported back into a country that had just allegedly refused me entry!

Where could I go? I started researching which European countries allowed Americans entry. I had chosen to fly to Ireland because it’s the only European Union member besides the UK willing to accept Americans. We’ve been banned from all other EU countries because America has not controlled COVID-19.

I frantically scribbled down the phone numbers of friends and U.S. consuls, since I didn’t know whether my phone would be confiscated again before the flight (or permanently by UK immigration agents).

The police officers escorted me to the plane, handed the envelope to the captain, and settled me in the last row. I still had my cell phone. Nobody paid any attention to me after that.

Back Where I Started

When we landed at Gatwick, I disembarked via the back door. I walked along the tarmac to the front of the plane and called up to the purser, asking where I should wait for the captain. The flight attendant popped into the cockpit, then handed me the envelope with my passport.

The captain stuck his head out his window. “Immigration will meet you inside, and, if they don’t…” He shrugged his shoulders. “Good luck!”

There is no immigration control at Gatwick for flights coming from within the Common Travel Area, so I was near an exit in minutes. Instead of bolting, however, I sat down and texted my friend that I’d landed.

An immigration agent approached me. “What’s your nationality? Where are you flying from?” And just like that, my passport was out of my hands again.

Two other agents approached. They escorted me through Gatwick’s bowels. “We got her,” they told other agents we passed.

I was led through airport security — laptop and liquids out, shoes off — and taken to an area behind immigration where new arrivals were being questioned.

After a while, I was asked to follow an agent to one of the immigration windows. Since we had plexiglass between us, he allowed me to take off my mask, which I’d been wearing for nearly 12 hours.

“What do you understand your situation to be?” he asked, kindly.

“I realize my fate is in your hands,” I implored, “and I know you are looking at whether I’m trying to create permanent residency here. I can prove I’m not. May I please get my papers?”

He nodded, and I retrieved my highlighted copies of the immigration guidance manual. He actually read them, but told me that because I’d flown from the Common Travel Area (the UK, Ireland, Jersey, Guernsey, and the Isle of Man), he couldn’t issue a new visitor visa. I’d have to “stamp out” in another country and return.

What I wanted to say was: “So, I have to take public transportation to the airport, hang out there, get on a plane to a foreign country, hang out in their airport, get on another plane to fly back, and end up right where I am now — at a time when governments are asking us not to travel?”

Instead, I asked, “What happens now?” I had noted he didn’t have my passport.

He said he needed to “confer with [his] colleagues.” He returned several minutes later with my passport and told me I had four days remaining on my visa.

I spent those four days contacting lawyers for advice on the visa extension application. While the Home Office is considering my application, my visa is effectively extended.

These are guidelines I follow when I’m traveling, and I’m embarrassed to admit that I didn’t this time. But I probably would still have been sidelined because I was so forthcoming about my travel intentions.

My most significant takeaway from this experience? A prominent stamp in my passport — black-marked to alert future immigration agents that Ireland once denied me entry. 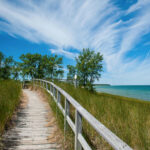 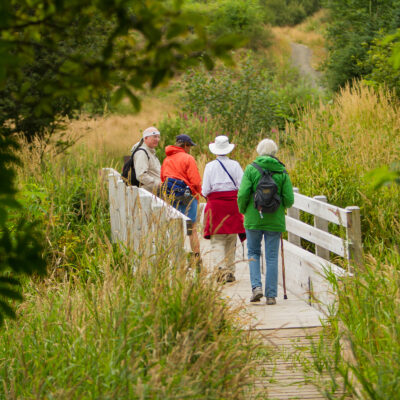 InspireFacing Ageism And Sexism: How I’ve Responded to Discrimination On The Road