We live near the Poconos and the Delaware Water Gap. Both have some of the very best hikes in the northeastern United States. We love to hike. Walking among the pines, hemlocks, spruce, and streams is fun and good exercise. Sometimes we are rewarded by beautiful waterfalls during our hikes. Hiking has been our go-to outdoor exercise. That said, we’ve made our share of rookie mistakes that you can learn from.

Note: The Tower Trail in Stokes State Forest is one of the most scenic hikes in the Delaware Water Gap. It leads up to the Culver Fire Tower with great views of the surrounding area. It’s a wonderful half-day hike with a very steep and rocky ascent at the end. Many people take the Tower Trail up and then the Appalachian Trail on the descent. The hike is about six miles. If you are looking for a challenging hike with great views and varied terrain, this loop is a good one to do.

1. Trying A New Trail Late In The Afternoon

We consider ourselves to be fairly experienced day hikers. One afternoon, we decided to take a hike in Stokes State Forest a few miles from our home. It was about 3 p.m. when we left our house, and thunderstorms were predicted for the early evening. We allocated about one hour for the hike, planning to be home well before the bad weather.

After a very short conversation, we decided to do a trail we had never done — the Tower Trail. It was listed as 1.7 miles and reported to have excellent views from the top. We figured it would be an easy trail with some elevation. Nothing could be further from the truth.

It ended up taking four hours with a very steep rocky trail to the top. After almost getting lost, we reached the car just after the rain started.

2. Not Knowing Where The 1.7-Mile Trail Actually Started

We started walking on a trail with blue/green/brown blazes, assuming that they marked the beginning of the Tower Trail. They did not. In actuality, we were on the Stony Lake Trail. It was almost a mile before we reached the beginning of the Tower Trail. That meant that our hike would be almost three miles. We still thought we had enough time to do the hike before dark.

3. Not Picking Up A Trail Map

Why did we not know where the beginning of the Tower Trail was? Well, we neglected to pick up a trail map on our way into the park. We were so familiar with Stokes that we were overconfident. We also assumed we could use our phones to look up the map. The only problem was that we didn’t download the map before the hike, and we had no cell signal.

4. Underestimating The Difficulty Of The Trail

The first mile on the Stony Lake Trail had a relatively flat gradient and the walk was easy. The path was rocky. We didn’t think too much of that because many of the trails near us are rocky. Then the blazes on the trail became green only, marking the beginning of the Tower Trail. The trail became narrower and steeper. We figured that we were finally making our way up to the Fire Tower. At that point, it was getting harder.

After hiking another mile, we came across a hiker who was making his way down. He shared that the next mile was going to get even steeper, almost to the point of rock climbing. We looked at each other and thought: Another mile? And even harder? We thought we would have reached the top by this point! After all, the brown trail was only supposed to be 1.7 miles long. After a short discussion, we decided to press on.

5. Leaving Our Walking Sticks At Home

We had left the house for an easy hike. So, we didn’t bring our walking sticks. At least we had our hiking boots, water, and insect repellent. We passed many, many walking sticks left by other hikers on the trail but didn’t pick one up until we were almost at the very top. We should have picked one up much sooner.

6. What Goes Up Must Come Down

We stayed at the top of Tower Trail to admire the scenery — you can see for miles above the trees and lakes. We realized that it was approaching dusk and decided to head down the ridge.

But given how difficult it was to go up the rocky slope, we were not looking forward to the trip down.

The hiker who had passed us earlier recommended that we take the Appalachian (white) Trail, which would be flatter and less rocky but longer in distance. How much longer? We had no idea. Did we say that we neglected to bring a trail map? While on the Appalachian Trail, we would have to keep our eye out for the connection to the Stony Brook Trail (brown blazes) that would take us back to the trail head. Seemed simple enough.

While on the Appalachian Trail, we came across another hiker coming in the opposite direction. We asked how far to the Stony Brook Trail. He said it was a quarter mile further. We believed him and started clocking the distance on our watches. That seemed easy enough.

We walked for 1.5 miles. The turn off to the Stony Brook Trail was nowhere in sight. Since we had walked much further than a quarter mile, we started to worry we missed the turnoff. At this point, it was getting late and we were alone in the forest. We thought that we were lost. It turned out that the trail was only a few hundred feet further. We were thrown off by the hiker that told us we only had a quarter mile to go.

8. Hiking Too Late In The Day

Since it was close to 7 p.m, we started to worry that we would be stuck in the forest at dark or when the thunderstorms came. The thought of being eaten by a bear also crossed our minds.

We decided that it was time to call the park ranger. At that hour, the office was closed. We ended up calling 911 and they patched us through to the park ranger’s emergency number. It was the first time we’ve ever felt the need to do that on a hike.

Thankfully, while we were on the phone a family of hikers came our way. We were immensely glad to see them. They told us that the trail we were looking for was just a short distance away. We followed them to the Stony Brook Trail.

9. Not Being Prepared For Bad Weather

Since our original plan was for a 1.7-mile hike and we planned to be home before the thunderstorms, we did not hike with rain gear. Once we reached the Stony Brook Trail, we had another two miles to go to the trailhead. We heard thunder in the distance. We picked up the pace while trying to avoid spraining an ankle. We hoped to get to the car before the weather turned too bad. We just made it before the sky opened up.

The Tower Trail hike combined with the Appalachian and Stony Brook Trails is a beautiful scenic hike. The views from the top are great, and the forest trails are lovely. We would have enjoyed it even more if we weren’t worried half the time about getting lost. And, if we were prepared for an almost six-mile hike over rocky terrain instead of a short, easy hike. We were thankful, hungry, and exhausted when we returned home. 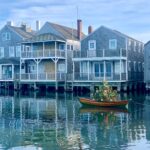 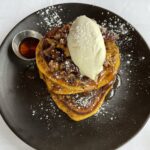 Boulder5 Fabulous Places In Boulder For Brunch And Breakfast, According To A Local