While Seattle is home to great tourist attractions, such as the Space Needle, Pike Place Market, and the Seattle Aquarium, it also serves as the perfect base station for day trips in the region. From a kangaroo farm to nature trips, you can travel to several attractions on less than a tank of gas, and these recommendations are all in addition to our eight original amazing day trips from Seattle.

Each destination in this roundup is no farther than about a two-hour drive from Seattle. This allows you an opportunity to take your time and maybe stop at some additional attractions along the way or to spend as much time as you want at your destination. Regardless of the location, the drive through the mountains and along rivers and lakes, as well as through forests, is as beautiful and enjoyable as your destination.

Travel about an hour north of Seattle, and you’ll be surrounded by kangaroos, wallabies, and wallaroos, a cross between a wallaby and kangaroo. The Outback Kangaroo Farm has served as an animal sanctuary and farm for more than two decades. Besides an opportunity to get up close to kangaroos where you can pet them, the Outback is also home to giant tortoises, alpacas, llamas, emus, and more. During a one-hour guided tour, you can also feed some of the animals. One of the alpacas will even take a treat from your mouth if you’re brave enough.

Pro Tip: If you’re in the mood for another animal outing, head about 40 minutes south to Monroe, home of the Reptile Zoo. With reptiles from snakes, including cobras and black mambas, to frogs and lizards on display, the main draw is an albino alligator. The 25-year-old attraction is closed Sunday and Monday.

Home to one of the most beautiful botanical gardens you’ll ever visit, Lakewold Gardens calls the city of Lakewood home. Sitting on 10 acres, the classically European-designed mansion was built in 1908. It wasn’t until 1925 when the estate was sold to Major and Mrs. Everett Griggs, that it was named Lakewold (a Middle English term meaning lake-woods). With a well-manicured landscape, the estate features several gardens starring trees and shrubs in unique layouts. Statues and stone tables and chairs are scattered along trails connecting the gardens. Lakewold’s gardens consist of European and Japanese influences, such as Japanese maple trees, as well as rose and rhododendron flowers. While most of the gardens are easily accessible, some of the trails near Gravelly Lake, can be tough to navigate for some people. About an hour south of Seattle, Lakewold Gardens is a great spot to spend a few hours touring the grounds.

Home to the state capitol, a guided tour of the historical building offers a look into Washington’s history as well as how the state’s government functions. The capitol complex includes historical buildings, flower gardens, and historical sculptures. As the oldest building in Olympia, the Bigelow House Museum provides a look into the early days of Olympia and features artifacts and memorabilia covering the past 150 years.

About 15 minutes east of the city, Billy Frank Jr. Nisqually National Wildlife Refuge is a must when visiting the area. With a mile-long boardwalk crossing wetlands, you’re sure to see wildlife common to the area, including herons, turtles, and deer. If you’re up to the challenge of walking the 4.5-mile-long trail of paved, boardwalk, and gravel paths, you’ll witness beautiful scenery along the Nisqually River delta and the edge of the Puget Sound. With the land once belonging to a farm family, you’ll find two of the farm’s original barns on site. You’ll want to plan to spend four to five hours exploring the entire trail. Otherwise, about 90 minutes would be logical if taking the boardwalk trail.

It may be a longer drive at about three hours, but a day trip to Mount St. Helens National Volcanic Monument is well worth it. Your first stop will be at the Mount St. Helens Visitor Center, which is actually part of the park. The view of the area from the center is amazing, further enhanced with a walk along the center’s trail. A tour of the center takes you inside a model of an active volcano, alongside sculptures of the people of Mount St. Helens through the years, from Native Americans through recent years. The actual volcano is located in the National Volcanic Monument. Much of the landscape of the area destroyed in the 1980 eruption has grown back, with several trees — the beneficiaries of birds dropping seeds over the years. The volcano site has recovered over the past 40 years but is still clearly defined. Follow the paved path, which can be challenging for some people, to the top of a small peak for impressive views of the countryside. Park rangers are throughout the park to share information about the volcano. If you’re up for a long hike, you can actually follow the trail to the eruption site.

Travel to Scandinavia in only about 90 minutes, spending the day in Poulsbo. You know you’re definitely in the land of the Norse as you’re greeted by a giant Viking sculpture at the edge of town. With downtown buildings resembling ones you’d find in any of the five Scandinavian countries, Poulsbo is more Norway, since its name was supposed to be Norwegian. U.S. postal officials misinterpreted a poorly written note identifying the new town as Paulsbo, named after a Norwegian village, and decided it said Poulsbo. So, that’s how the town got its name. Regardless, it’s a Scandinavian dream. Enjoy a walk through downtown, stopping in stores, the maritime museum, and Sluy’s Bakery, home to some of the most delicious pastries and cookies you’ll ever enjoy. Grab a traditional Scandinavian meal — such as Swedish meatballs with whipped potatoes and red cabbage — at Tizley’s EuroPub. Enjoy a walk along the harbor and watch the boats moving in and out of the dock.

About 15 minutes from Poulsbo, the U.S. Naval Undersea Museum explores the history of the Navy’s undersea operations. You’ll learn about torpedoes, diving, salvage work, and even life aboard a submarine. Get an up-close look at Sealab I and II, which explored saturation diving at deep depths for long periods of time. You can learn about a submarine’s operation, including the control room. The museum also honors submarines that were lost at sea, as well as how the Navy saves survivors of undersea accidents. Outdoor exhibits include a rapid-response rescue submarine that served between 1970 and 2008, a deep submergence vehicle, a Sealab end bell, and the sail of the USS Sturgeon.

It’s anchors aweigh in Bremerton. The city is a naval stronghold, with a nice collection of military attractions. You’ll notice you’re near a navy base just outside of town when you see giant aircraft carriers and other ships sitting in the dock. Once in town, head to the Puget Sound Navy Museum, where no admission is charged, but donations are welcome. You can learn about the history of the shipyard, and get a glimpse of life aboard the USS John C. Stennis, an aircraft carrier that operated out of Bremerton. Afterward, tour the USS Turner Joy, a retired destroyer that was decommissioned in 1982. From the bow to the stern, and below deck, you can tour the entire ship. Pay attention in the galley, which has different areas for seamen and non-commissioned officers. The galley has a table set aside for POW/MIAs who have not yet been accounted for. You’ll find sculptures in the area that celebrate the Naval Shipyard.

One of a handful of UNESCO World Heritage Sites in North America, Olympic National Forest offers some of the most beautiful scenery you’ll ever witness. With dense, vibrant green vegetation and tall trees, you’ll enjoy hiking trails and exploring the forest. With so many trails to choose from, you may want to traverse the Mount Muller Trail, a 13-mile loop that offers views of Mount Olympus and Lake Crescent. About a two-hour drive from Seattle, Olympic National Forest sits squarely on the Olympic Peninsula, with saltwater beaches nearby. As you drive through the forest, consider a stop at the Mt. Walker Viewpoint, which is about four miles off of Highway 101. With ample parking, you can spend as much time as you’d like taking in the views of the densely wooded mountain, along with colorful rhododendrons that bloom each May to June. 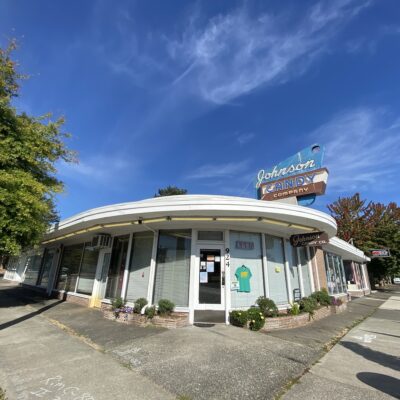 WashingtonThe 2 Sweetest Spots To Put On Your Washington State Itinerary 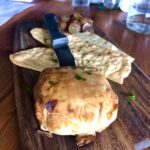 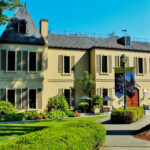 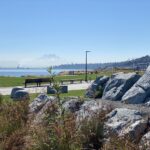