10 Best Experiences On The Canary Islands

The archipelago of the Canary Islands belongs to Spain and is situated in the Atlantic Ocean, 62 miles west of Morocco. The main islands are Tenerife, Gran Canaria, Fuerteventura, Lanzarote, La Palma, La Gomera, and El Hierro. Although all are of volcanic origin, each island is very distinctive in its landscape and even its culture. The experiences that await are numerous and as diverse as the islands themselves, from stargazing and climbing volcanoes to sunbathing on white or black beaches, exploring caves, and an underwater museum. The Canary Islands also have a unique whistle language you can listen to, great wines and exquisite food, and distinctive local costume and dance.

This great variety is the reason why I visit the Canary Islands again and again, discovering something new and amazing on every trip. You’ll fall in love with the Canary islands at first glimpse and want to explore as much as possible, just like me.

To get you started, we have curated a list of the best experiences on each island.

The Canary Islands are blessed with some of the world’s clearest and darkest night sky views. This phenomenon has attracted scientists to the islands, establishing observatories and specialized telescopes on Tenerife, La Palma, and La Gomera. But, in recent years, a new form of leisure travel known as Astro Tourism has sprung up for enthusiastic amateurs. You can take a break from all these fantastic beaches and landscapes for an experience of a different kind: stargazing. At all the viewpoints, professionals will guide you and explain how and where to get the best views of the constellations.

La Gomera may be one of the smallest Canary Islands, but it offers a stargazing route beginning at Mirador Cesar Manrique, followed by Mirador El Santo, and leading to Mirador de Alojera. Watch the Milky Way as you have never seen it before.

La Palma features the world’s largest optical infrared telescope, which stands atop the Roque de los Muchachos mountain. Book in advance for a guided tour, and bring warm clothes. Due to the altitude, it’s pretty nippy at night, even in the summer.

Should you happen to holiday in Tenerife, you, too, are in luck for a great stargazing experience. At equally high altitude as La Palma’s Roque de los Muchachos, Teide National Park, a World Heritage Site, has observation platforms at Mount Izana and the top of the volcano itself.

2. White Beaches Or Black Beaches: Where To Enjoy Both

Due to their location off the coast of Africa, the Canary Islands enjoy sunshine and a hot climate nearly all year long. And that’s one of the reasons why they are such a popular holiday destination for singles and families alike.

Because of their volcanic origins, you have a splendid choice of both white and black beaches. Don’t be put off; the black beaches aren’t dirty, the sand is as fine as that of the white ones — no rocks or pebbles — just a different color.

For white beaches with miles of dunes, head to Gran Canaria and the Maspalomas resort at the south of the island. The dunes are a protected area with a lighthouse at one end and plenty of watersport activities throughout.

The most famous black beaches are to be found in Tenerife and Lanzarote. There are about 10 black beaches in Tenerife to choose from, and each one is different from the next. My favorite is Los Gigantes because of the basalt rock formations that bookend the beach, resembling, well, yes, giants. It’s also a charming seaside town.

There are also the black beaches of Lanzarote, the fourth largest of the Canary Islands. There are four main black beaches, but they are mostly suitable for enjoying wild nature, not so much for swimming as it can get quite windy with higher waves than on the other islands.

Tenerife’s top attraction is no doubt Teide National Park in the center of the island, where the volcano Pic de Teide rises up to a height of 12,200 feet. It’s an active volcano; the last eruption occurred in 1909. The national park, a World Heritage Site, is a vast area, so you are well-advised to plan a full day here. You will be awed by the basalt formations caused by ancient lava flows, making the whole area look like a moonscape.

You can visit on your own but might be best advised to go on a guided tour. If you are an experienced hiker and in good shape, you can climb the volcano making use of one of the access routes. A far easier and more comfortable way to the top is via the cable car. Be aware that because of the quick change in elevation, you may experience altitude sickness.

Enjoy the views, the wild landscape, the unique flora (Canary pines and junipers), and the thrill of walking on an active volcano.

4. Be Enchanted By Orotava Valley

A very different nature experience is a trip to the fertile Orotava Valley on Tenerife. Its ample water supply made it possible for early settlers to plant sugar cane along the slopes. This was followed by banana plantations that produced the sweet, small, and extremely aromatic Canarian bananas and also potatoes.

The town of Orotava is a little jewel of architecture and history. Look at the houses of the wealthy, original settlers and visit Casa de Los Balcones, a 17th-century museum house with original furniture that provides insights into the life of the times.

Time allowing, stroll through the Botanical Garden to see one of the Canaries’ most iconic plants: century-old dragon trees. Once visited, you will understand why German scientist, traveler, and botanist Alexander von Humboldt reportedly sank to his knees in awe when he first clipped eye on the valley.

5. Do You Dive? Then The Canaries’ Underwater Museum Is A Must

We may be 50+, but there are quite a few of us who are keen divers, myself included. If you dive, don’t miss out on a special treat on the island of Lanzarote, the Museo Atlantico near Playa Blanca. It’s the only underwater museum in Europe, filled with 35 life-sized sculptures by Jason deCaires Taylor resting on the ocean floor. It needs to be seen to be believed.

Diving tours are available for experienced divers and beginners alike; you can even look down and see the sculptures while snorkeling, but it’s not the same.

The Canary Islands may belong to Spain, but they have a very different culture, and even a different language. You will want to see what typical houses look like, what the traditional dress is, and what the people’s songs and dances are like.

No better place than to visit the Pueblo Canario in Las Palmas, the capital of the largest island, Gran Canaria. Located in the middle of Parque Doramas in the center of the town, it’s a creation of the Martin-Fernandez de la Torre brothers built in 1930 to recreate typical houses and awaken interest in Canarian history and culture.

The pretty houses are built around a courtyard, where, twice a week, folklore groups perform their island dances and songs. The brothers were also sculptors and painters, and you’ll see some of their works exhibited there.

While in Las Palmas, you can visit Vegueta’s Casa Colon, a museum situated in the home where Columbus stayed during his stopover on the islands in 1492. There are also exhibits about the Canaries’ pre-hispanic culture and the islands’ connections to the Americas.

Although a part of Spain, the Canaries are a duty-free zone, so you might want to use your visit to Las Palmas to shop till you drop in one of several shopping centers or in the historic Triana neighborhood.

7. See How One Artist Changed An Island

Cesar Manrique was a multi-talented artist born on Lanzarote in 1919. A contemporary of Picasso and Dali, he was inspired by their works and, like them, was a painter, sculptor, and architect who helped define the Lanzarote landscape. Start by visiting the Manrique Foundation, which includes his home, created within a volcanic bubble. You can walk from room to room on several levels all within the volcanic cave.

Admire his cactus garden and dance the night away at Jameos del Agua, a concert venue and nightclub.

All over the island, you will see Manrique’s mosaic murals in addition to several wind toys and sculptures.

Whilst in Lanzarote, go for another volcano-and-caves experience. Visit the length of the La Corona Volcano tunnel known as Cueva de Los Verdes. Several miles long, the tunnel and its sights are some of the most interesting in the world. Fear not, you won’t get claustrophobic.

8. Have Fun With Parrots In A Tenerife Theme Park

The venue has become one of the most visited attractions on Tenerife, providing fun and education for people of all ages, especially for kids.

El Hierro is the smallest of the Canary Islands and is a world of its own. Bring swimsuits and walking gear to explore the island, which will impress you with its varied and breathtaking landscape. Several hiking paths invite you to walk to your heart’s content among the juniper shade. You may even spot a few of the island’s mystical Garoe trees.

Charco Azul is a natural saltwater pool separated from the Atlantic by a spectacular basalt arch. Wooden sundecks let you rest and sunbathe between plunging into the tranquil water of the pool.

Learn about the history and culture of the island by visiting Valverde’s Old Town and the Guinea Ecomuseum. This museum consists of several houses with artifacts and exhibits from the original settlers on the island, the Bimbaches.

You can easily reach El Hierro from either La Gomera, Tenerife, or Gran Canaria via daily ferries or flights. There is hardly any difference in price.

If you are a wine lover, you should take a wine tasting tour in Lanzarote. The Canary islands produce many fine whites, reds, and roses, but a specialty of Lanzarote is the volcanic Malvasia, a rich white wine that’s typically quite sweet, but there is also a dry variety.

There are several other wine tasting tours on Tenerife, Gran Canaria, and La Gomera.

Finally, a few words about the food. Everyday food is grilled fish or meat. A special mention must be made of papas arrugadas, which translates to wrinkled potatoes. The volcanic soil lends a special flavor and color to the potatoes. Smaller, white, and slightly sweet, they are traditionally cooked in salt water with their skin and eaten unpeeled and topped with a spicy sauce.

An insider tip: The Canary islands are an extremely popular holiday destination, which means that during the height of the season, even the widest beaches, including Maspalomas or Playa de las Americas, can become crowded. If you want a quieter holiday, travel in spring or fall and head for the smaller islands. In fact, the smaller the better, which makes El Hierro and La Palma my top choices. Still considering where to take your vacation? Here are eight reasons to visit the Azores region in Portugal, too. 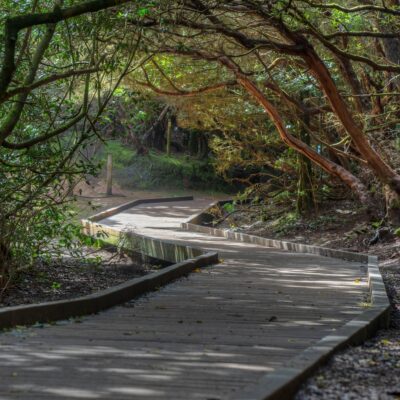 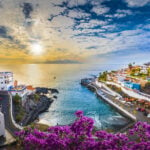 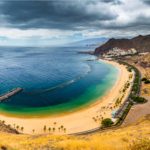 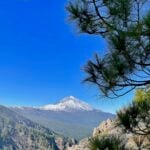