How To Spend A Day In Lincoln, Nebraska

Nebraska’s capital city since the late 1860s, Lincoln offers plenty of ways to learn about the state’s history. However, it also boasts unexpected attractions like a quilt museum and a retro ice cream joint.

A day in Lincoln could take many forms. But no matter how you spend it, you’re sure to enjoy visiting the home of the Cornhuskers.

Nebraska’s state government might be the most unique in the United States. The nation’s only unicameral legislature — consisting of only a Senate — is home to 49 citizen representatives, who are allowed to serve only two four-year terms.

You can take a guided tour of the Nebraska State Capitol to see the Senate chamber, governor’s office, and other key areas. The building is one of only five state capitol buildings constructed in a skyscraper style, and it features impressive murals that tell Nebraska’s story. An observation deck on the 14th floor allows an unobstructed view of Lincoln, including Memorial Stadium, as well as miles of Nebraska landscape. Located on the second floor, the state’s Hall of Fame consists of busts honoring Nebraskans for their special achievements. Among the men and women honored in the Hall of Fame are author Willa Cather, Lakota Chief Red Cloud, and General John J. Pershing.

Step Back In Time At The Nebraska History Museum

From the Native Americans to the pioneers, people have called Nebraska home for thousands of years. The Nebraska History Museum offers a look at life on the prairie through the eyes of the Ponca and other tribes, as well as some of the country’s first homesteaders as they set out to establish new lives in the West. The museum also features special exhibits; some recent exhibits have highlighted the area’s sod houses and women’s struggle for the right to vote.

You can easily combine a visit to the Nebraska State Capitol with a visit to this museum. The short five-block walk between the attractions takes you along an open-air mall featuring a statue of Ponca Chief Standing Bear, whose 1879 lawsuit resulted in Native Americans being considered people under the law. The mall also features an 8,000-square-foot outline of the state with key historical markers. A replica of the state seal is surrounded by a water fountain, and you can see the capitol building in the background.

Start Your Engine At The Museum Of American Speed

On par with any auto-racing museum in the country, the Speedway Motors Museum of American Speed is the result of one collector’s love for race cars. It houses cars from several eras, and you’ll find everything from Indy series cars and classic roadsters to rocket cars that challenged speed records at Bonneville Flats and vintage cars (including a rare Tucker). The Museum of American Speed is a must-see for auto enthusiasts.

Even if you’re not into cars, you’ll find lots to interest you, including antique metal lunch boxes, movie posters, and autographed guitars. A floor dedicated to childhood toys and vehicles, such as pedal cars, will take you back to your youthful days.

Pioneers Park Nature Center boasts 8 miles of trails that take visitors through tall prairie grass and wetlands. During your hike along these accessible paths, you’ll encounter bison, elk, white-tailed deer, and maybe a few unique birds. You can enjoy small-animal encounters at either of the two interpretive exhibit buildings. This stop is also home to bird, herb, and prairie gardens.

Appreciate The Flora And Fauna

A Great Depression-era project, the Sunken Gardens is home to beautiful floral and plant exhibits, including a rose garden and koi ponds. The Sunken Gardens, with its themed gardens and arrangements, has been named one of the best botanical gardens in North America by National Geographic.

Following your stroll through the Sunken Gardens, head next door to the Lincoln Children’s Zoo. Don’t let the name fool you; there are plenty of attractions for people of all ages, from lemurs and giraffes to penguins hanging out in an outdoor pool. The zoo has more than doubled in size in recent years to create a fun place to explore for a few hours. No matter your age, consider hopping aboard the zoo’s train and enjoying a ride around the exhibits.

Football enthusiasts and historians will enjoy a self-guided tour of the University of Nebraska’s Memorial Stadium and other football-related stops. You’ll get an inside view of the stadium from an overlook in an end zone and views of sculptures recognizing the vaunted Blackshirt defense and coaches Bob Devaney and Tom Osborne. Cap off your visit with a tour of the Osborne Athletic Facility, home to football memorabilia, including the school’s five national championship trophies.

Morrill Hall, or the University of Nebraska State Museum, is home to Archie, one of the largest mammoths ever discovered in the U.S.; fossils of Tuskers, an elephant forerunner; and the world’s tallest prehistoric camel. Did you know that the world’s largest contingent of camels once roamed the Nebraska plains?

Morrill Hall’s exhibits trace the development of the state’s landscape and highlight the animals that have called the state home, including the saber-toothed tiger and a bison with 7-foot-long horns. Additional exhibits showcase Native American history and Nebraska’s natural resources.

Get Crafty At The International Quilt Museum

With thousands of quilts from around the world — including some dating to the 1700s — the International Quilt Museum examines the history and styles of the bedding favorite. Even if you aren’t a seamstress, you will be impressed by the complexity and beauty of the quilts on display.

The museum is often the site of conferences focusing on the art, impact, and significance of quilting. Located on the east campus of the University of Nebraska, the museum is easily recognized by the unique work of art representing a quilt blowing in the wind.

Lincoln is full of great dining options, from Cajun cuisine at Buzzard Billy’s to upscale casual at The Green Gateau. For a 100 percent Lincoln experience, however, you’ll want to enjoy a gourmet burger and garlic fries at Honest Abe’s. There are a few locations around town, and you can’t go wrong with any of the burger choices — they’ve got names like The Greatest Burger Ever and The United States of America.

For a unique pizza experience, visit Yia Yia’s in downtown Lincoln. You can order vegetarian or meat hand-tossed pizza by the slice or in a variety of sizes. You can also enjoy a baked potato loaded with your favorites or a tasty salad.

For a special ice cream treat, head to Ivanna Cone at the Haymarket. You’ll be served handmade ice cream in a cone, dish, sundae, or shake. The retro look of the ice cream parlor only adds to the experience.

Best Places To Shop In Lincoln

Find the perfect souvenir or gift at the From Nebraska Gift Shop in the Haymarket District. From homegrown products like candy and wine to souvenirs unique to the Cornhusker State, you’ll find lots to admire here. Sports fans may want to check out Best of Big Red, home to Husker apparel, games, and game DVDs.

Indigo Bridge Books offers an array of national titles as well as books by local authors, while Licorice International invites you on a tour of candy from around the world.

The Haymarket and neighboring Railyard offer a variety of chain and local restaurants for your dining enjoyment. Be sure to grab a fresh coffee and treat at The Mill.

Best Places To Stay In Lincoln

Once the crown jewel of independent hotels in Lincoln, the Cornhusker has hosted diplomats, celebrities, coaches, and countless athletic teams. Today, the Cornhusker is a member of the Marriott chain, but it remains very much a local hotel. You’ll feel at home at this downtown hotel, located just minutes from nearly every major attraction in the city.

The Burgess House Bed and Breakfast offers the sanctuary of rural life only minutes from downtown Lincoln. The bed and breakfast is situated on a farm in a tranquil country setting.

When To Visit Lincoln

While anytime is a great time to visit Lincoln, you’ll find that spring through fall is the optimal time to head to the above attractions. The warm temperatures will allow you to easily walk to the Haymarket and parks.

A home football game on a Saturday during the fall is a special experience, when the restaurants and bars are packed with Huskers in red. Don’t miss the Nebraska marching band making its way across campus en route to Memorial Stadium, playing the school’s fight song the whole time.

For more to see and do in Nebraska, see this page. 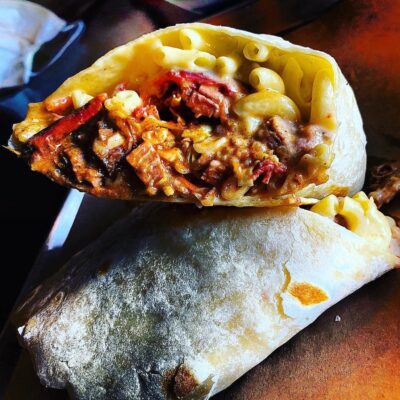 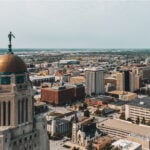