It’s sunset and you are peacefully enjoying the twilight as the days get longer into the summer months. You glance at your watch and realize it’s just about time. Then, in the stillness, you hear the flutter that sounds like tiny squeals, only to be quickly drowned out by the human voices oohing and ahhing. It’s Bat Time! A half million bats are emerging from three wooden structures on stilts that look like a house and two barns. They blot out what remains of the sun and fill the sky with their motion, wings fluttering, bodies swooping until they disperse for their nightly hunt, and the show is over.

You’re at the University of Florida’s amazing Bat Houses. Or you could be. Here’s what to know before you go.

The bat house and bat barns are located on the University of Florida campus in Gainesville. The Florida Museum maintains this natural exhibit, which was created in 1991 and successfully populated by 1995. There is free access and free parking to see the nightly exodus of this Brazilian free-tailed bat colony. Best viewing occurs during spring and summer on warm evenings. The bats are unlikely to come out in rain. The height of summer in Florida may prove disappointing as rains come daily.

Even when the campus is closed, you can still see the bats. Parking details are listed on their web page and Facebook page. You can stay in your car or get out and stretch your legs while experiencing the nightly flight.

4. The Bats Eat Their Weight In Insects

The Brazilian free-tailed bats that make up the UF colony are classified as microbats. They have a wingspan of just 8 to 10 inches. They can fly at speeds of 25 miles per hour but are not a danger to humans. They are a danger to night time insects like mosquitoes. Each bat can eat over 500 insects an hour each night. They are nature’s ultimate bug zapper.

3. They Use Echolocation That We Can’t Hear

These bats use a high-pitched squeak to navigate in the darkness and find their prey. We can’t hear the sound, but they use it to find insects and to make sure they don’t run into each other or trees in the woods. Bats can fly up to 25 miles before they return to the roost. They live together as a colony, roosting and taking flight as one. This is why the nightly exit from their roost is so spectacular. Their squeaks enable all of them to leave without bumping into each other, no traffic lights needed.

Occasionally a bat may swoop near the onlooking humans while embarking for the evening flight. This is because there are insects nearby and they can detect them. They aren’t attacking and won’t hurt you.

2. The Smells of Nature Can Be Pungent

When you have a half million bats all living in close quarters, they will generate bat waste. You’ll smell the bats before you see them. The bat guano and urine is pungent, so be prepared. Don’t be surprised if you get up close and personal with the excrement as droppings are common as they fly out for the night. The good news is that their droppings are an excellent fertilizer filled with micronutrients. Their nightly foray into the surrounding environment — and even what they leave behind — is supporting the local flora.

Who doesn’t love Batman? Despite their sharp teeth and vampiric look, bats are furry, have cute ears, and are mammals just like us. They are not birds. Their synchronicity in taking flight is an awesome natural feature. The fact that they are creatures of the night makes them mysterious but not particularly dangerous. It’s against the law to disturb the bats or throw anything at them. While it may be hard not to gasp in amazement as they take flight, please don’t squeak at them or yell. They have to hear each other for a successful flight.

Bats can be rabid, so don’t pick one up, even if it’s on the ground, and don’t try to touch one in flight. They are not trying to attack even if they swoop near you. Keep a healthy distance. Their bat houses are fenced off for a reason. If you want to see them up close, check out the live web cams of both the interior and exterior of the bat houses.

Pro Tip: Lake Alice is across Museum Road from the Bat Houses. You can walk along this beautiful lake, but beware of alligators that are known to inhabit it.

If you can’t get to Gainesville, head over to Austin, Texas. They have a similar bat house set up, but with 1.5 million bats! You can stand on the Congress Avenue Bridge and watch the bats emerge over the Colorado River at twilight. There are even boat tours you can take to be on the river as the bats emerge. The bats in Austin are very similar to the Gainesville bats in size, and they behave the same way, so keep these things to know in mind, whichever colony you visit.

Considering a Florida vacation? I recommend a fun-filled North Florida RV road trip, Orlando to Apalachicola and back, that will take you by the bat houses. 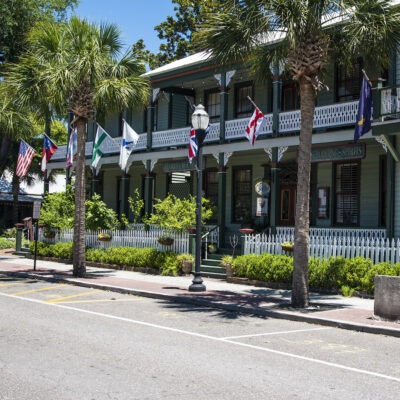 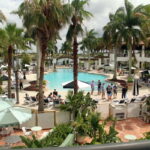 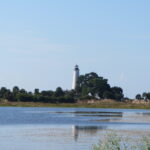 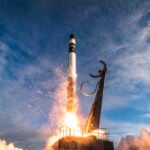