Now in my third year of traveling the world full time, I’ve learned to be mindful of cultural sensitivities that are different from my own. I often cringe at oblivious tourist behavior and try my best to avoid being an occasion of cross-cultural judgment.

Here are 10 things locals wish tourists knew before visiting. If you follow these rules, you’ll be well on your way to becoming a respectful traveler who’s always welcome back.

1. Don’t Feed Or Pet The Wildlife

In many countries, when you’re not in a zoo and a wild animal is hanging out in front of you, they aren’t trying to entertain you. You’re visiting their home. Despite the Do not feed signs posted everywhere, many choose to ignore these warnings, and the results can be devastating.

At Iguazu Falls in Argentina, wild coatis and monkeys roam freely. Coatis are cute, but I was appalled to see a woman pet one. Even worse, so many tourists have fed them that they’re now hooked on human food. As a result, some of them now have diabetes, which they pass on to their offspring. In many cases, we are killing or sickening wildlife by feeding them.

While in Costa Rica, I witnessed a tourist feed an iguana on the floor of a cafeteria with his bare hands. He received a bite on one of his fingers. No matter how cute an animal might look, they are wild, and their behavior is, too.

Clothing — especially women’s clothing — can be a very sensitive issue in many cultures. In some countries, you’ll be expected to cover up. Especially in Asia and the Middle East, you’ll find that most houses of worship won’t admit you unless your shoulders, legs, and sometimes even your head are covered. It’s a serious sign of disrespect to ignore this.

When I was visiting Angkor Wat, our tour guide told us about some tourists who had bared their bottoms for photos there. Most temples, and even some rock formations, have sacred significance for local people. Keep this in mind, and always be respectful.

3. Learn To Say ‘Please’ And ‘Thank You’ In The Local Language

I lived with a host family in France as a teenager and learned about “the ugly American” — the American tourist who travels to a foreign country and expects everyone to speak English. I didn’t want to be that person, so I became obsessed with learning foreign languages (I speak six). Before visiting a country whose language I don’t speak, I arm myself with a few important phrases.

You don’t have to be a linguist to learn just three words in any language: “please” and “thank you.” You’ll be amazed how far they can take you. There are places in the world where English isn’t spoken. Some languages are more difficult than others, but even if you write “please” and “thank you” translations on a card and point to them, it will endear you to locals. It’s a sign of respect when you make the effort to learn even a little of the local language.

Understanding how locals view foul language is as important as learning a few basic phrases. In many countries, curse words are frowned upon and considered rude language that shouldn’t be used. I learned that in South Africa, for example, people cringe at the s– and f-words. However, in Australia and New Zealand, cursing is considered emphatic instead of insulting! Make sure you do your research — or ask a local — before using foul language. You might be surprised by what you find.

Some people will do anything for a good Instagram shot. When I was at the Cape of Good Hope in South Africa, I climbed up to the lighthouse. It’s on a cliff and offers a gorgeous view. Four people climbed over the wall enclosing the lighthouse to pose, dangerously close to the cliff’s edge, for a photo.

This behavior is risky, and when the guards have to yell at you to get off the wall or move away from the edge of the cliff, you’ve just become a tourist stereotype.

When you explore a new culture, it speaks volumes when you’re willing to step outside your comfort zone. Your willingness to try the food that a local recommends to you shows an appreciation for their culture.

When I first lived with my French host family, an American friend came for dinner. My host mom cooked what I thought was the most delicious chicken I’d ever tasted. So, when my friend finished his portion, and my host mom offered him another piece, I was perplexed why everyone laughed when she asked him, “Would you like a leg or a wing?” I asked my friend why it was funny. He explained, “It’s not, except that rabbits don’t have wings.” I think I was more mortified that I liked the rabbit than that I had just eaten Bugs Bunny.

That being said, more than 30 years later, my host mom is delighted that I’ll eat whatever she decides to cook, and that my favorite meal is blood sausage.

7. Know That You’re An Ambassador Of Your Country

When you travel, you become someone else’s experience of your country.

While attending college in Paris, I went to a party at a friend’s apartment. We left around 2 a.m., drunk and loud, with no regard for the fact that it was late. As we walked down the stairs, one of her neighbors awoke and began screaming at us in French that Americans are rude and inconsiderate. That’s when I realized how easily someone can judge an entire country based on the behavior of a few people.

I walked up to the woman and said, in French, “I apologize. You’re right — we’re being very rude and should be more considerate. But please don’t judge an entire country based on our behavior.” She was stunned into silence, and I learned my lesson: When you travel, you’re an ambassador of your country.

8. Walk On The Correct Side Of The Street

This may not seem like a big deal, but at the Central Park Reservoir in New York, there are now signs indicating which way to walk around. If you walk in the wrong direction, expect to be berated by a local.

9. Watch The Volume Of Your Voice

I remember living in Paris and eating dinner with some French friends. The people at the table next to us were speaking very loudly, almost shouting. “They must be Americans,” said one friend in a condescending tone (ironically with me at the table!). This stayed with me, and I’m now mindful of whether I’m being noisier than the people around me. The very volume of your voice can, in some places, label you as a tourist, get you condescending looks, and annoy locals.

10. Don’t Expect That Things Will Be The Same As They Are In Your Home Country

In America, we’ve gotten used to things happening immediately, excellent Internet access, and customer service that’s hard to match. When you travel to other countries, especially poorer ones, these standards aren’t the same. If you demand that things be exactly like they are in your home country, you’ll come off as egotistical.

When I traveled to Costa Rica in 2018, I ended up in the wonderful town of Uvita. It was the perfect small town for me, and I befriended the owners of the hotel where I stayed. The Wi-Fi access was awful, akin to dial-up. My hosts explained that the entire town had 2 gigabytes of data to share. I gave up trying to do the things I couldn’t. At the end of my stay, a group of American entrepreneurs came to the hotel. They were annoyed about the poor Internet access and complained about it to the hosts — a lot. Sometimes things are the way they are, and you have to work around different standards rather than get angry.

Remember that part of the value of travel is learning how other people live. People around the world have different cultures, different expectations, and different levels of wealth. The more you can adapt to the ways of your host culture, the richer your experience of it will be. 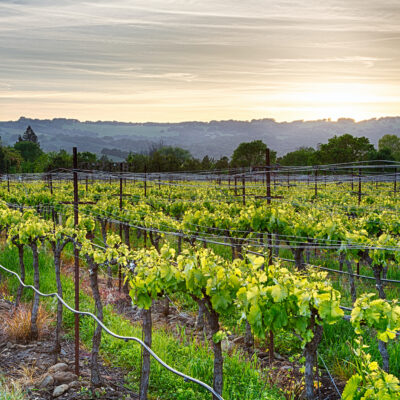 News and TipsSonoma County, California Asking Residents To Stay Home For A Month 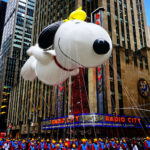 News and TipsFrom Photography To Wine, Here Are The Summer Classes You Need To Impress Your Friends