Eating Local In Cape Town: The Best Food And Drinks To Try

Cape Town, South Africa, has long been known for outstanding food. It was named the world’s best food city by Conde Nast Traveler in 2016, and its offerings have only gotten more delicious since then. Cape Town’s mix of cultures, location between mountains, and proximity to two different oceans make for a divine dining scene.

In the sprawling city overshadowed by Table Mountain, you can eat well without paying much. While there are plenty of fancy restaurants, you can get great food for next to nothing at the city’s small local eateries.

Relax with locals over a braai, or enjoy fresh seafood by the ocean. While the cuisine looks at first glance very meat-heavy, there are plenty of options for vegetarians and vegans. Add some superb local wine — all home-grown a mere hour’s drive from the city center — and you’ve got yourself a real treat.

Be sure to pack clothes that can accommodate an extra pound (or 5) of weight! Bon appetit — or lekker eet, as the locals say.

Chew On Some Biltong Or Droewors

When settlers first arrived in South Africa, refrigerators hadn’t been invented, so to keep meat from rotting, they marinated it in vinegar, rubbed it with a spice mix, and then hung it up to air dry. The result, called biltong, was essentially like beef jerky, except that jerky is cooked and dried.

Any South African will be happy to tell you about biltong, but it wasn’t on my radar until I went for a food-themed walking tour in Cape Town. The most popular type of biltong (and the type with the most varieties) is beef. You can, as with a steak, order it well done, medium, or rare. But biltong is also available in springbok, zebra, wildebeest, ostrich, and chicken. All these varieties are chewy and tasty. The interesting thing is that each variety tastes different, even though the same seasoning and recipe are used. My favorites are the springbok, ostrich, and wildebeest varieties.

Droewors, or dried sausage, is a variation on the theme. It is also chewy and tasty, and it makes a great snack for road trips.

Pro Tip: Say hello to Glenn at Biltong & Blade on Saint Georges Mall. He makes his biltong fresh every day, and the store runs out by the afternoon. You can try samples to find your favorite.

Throw A Boerewors On The Braai

Boerewors means “farmer’s sausage” in Afrikaans, and it’s a South African staple. Made up of ground beef and spices such as coriander, nutmeg, allspice, pepper, and others, the sausage is lean (less than 30 percent fat) and tasty rather than spicy. Some varieties feature lamb and pork, and others are halal, but all are good.

Boerewors is sold in spirals, just like its famous sister, the traditional Toulouse sausage of Southern France. Ask for them at the braai, the Cape Town equivalent of a grill or barbecue. Otherwise, throw one in a pan or have one in a bun with some chili sauce, and you’ll have a satisfying meal.

Pro Tip: Just in front of the Adderley Street Flower Market is a tiny, bright yellow cart selling boerewors in a hot dog bun and a choice of sauces for less than a dollar.

Fill Up On Some Bunny Chow

Bunny chow, originally a Durban speciality, has nothing to do with rabbits. Have you ever had delicious French onion soup served in a hollowed-out loaf of bread? Well, this is the South African version. The loaf of bread can range from a relatively small crusty round loaf to a huge square of white bread. The hearty, spicy curry filling is made with chicken, lamb, or vegetables and plenty of sauce.

There are various theories as to the origin of the name and the dish. One is that the dish was invented by Indian immigrants and named for the caste that served the dishes, the Bania. The curry was put into bread bowls to make it easy for laborers to take the dish to work without needing plates or utensils.

Make sure you are really hungry before you try this dish! It’s quite filling.

Pro Tip: Hop on over to the Eastern Food Bazaar on Longmarket Street and fill up for $3.50 in a quirky setting.

Warm Up Over A Bobotie

Some describe bobotie as a cross between moussaka and shepherd’s pie, but really, it’s something quite different. The minced meat mixture also includes fruit (sultanas, for instance), the spices include curry and allspice, and the topping resembles that of quiche, all soft eggs and milk. Overall, it’s pure comfort food that tastes like Christmas. It’s warm, filling, and perfect for cooler days, but you’ll find it on menus year-round.

The origins of the dish are disputed. The name could have originated from the Malay boemboe; others say the dish dates to Roman times, or that it first appeared in a Dutch cookbook published in the 1600s.

Pro Tip: For a quirky variation, visit the V&A Waterfront Food Market and head to the Africa Bites stall, where you can get fried bobotie balls. So good!

Get Your Sugar Fix With Koeksisters

In Cape Town, you’ll see fresh cinnamon-sprinkled doughnuts and baked cheesecakes everywhere. But while these are popular, it is the koeksisters that you won’t find anywhere else. Koeksisters are plaited strips of dough fried and drenched in honey and syrup. They’re crunchy on the outside and soft and sticky on the inside.

You will also come across the very similar koe’sister, another fried dough ball that originated in the Cape Malays communities in South Africa. This one is rolled in desiccated coconut.

Be sure to try both! You won’t regret it.

Pro Tip: Go to the food market on Saint Georges Mall on Thursday morning, when lots of stalls offer both varieties just in time for breakfast.

It might seem terrible to serve your national animal on a platter, but that’s just the way things go in Cape Town. And — as is the case with Australia’s kangaroo — springbok is nice, lean meat that’s sustainable, as it’s caught mostly wild, eliminating problems derived from overfarming.

You can eat springbok in a variety of ways, but my favorites were definitely the biltong and the springbok carpaccio, although the lean steak was also delicious.

Pro Tip: Ride up to the top of the silo in The Old Biscuit Mill to the PotLuck Club for some superb springbok carpaccio.

There is so much good food in Cape Town that it is impossible to mention it all in one article. But there are some other local delicacies that you’ll be hard-pressed to find outside South Africa. I’ll mention them briefly so that you can look out for them.

One is pap, a maize porridge not unlike polenta. It’s bland on its own, but divine if prepared properly; it is a filling and comforting addition to a dish with lots of sauce.

An unusual local fish is the kingklip, a type of eel, but with firm, white flesh. Look out for pan-fried filets; an entire fish can be tricky to dissect.

A must-try is the spicy chakalaka, a fresh tomato and bean salsa that often accompanies pap.

Last but not least, those with a sweet tooth should look out for melktert, a milk tart that looks a little like cheesecake but is more like a light custard tart.

Planning a trip to South Africa? Visit this page to learn more about the country. 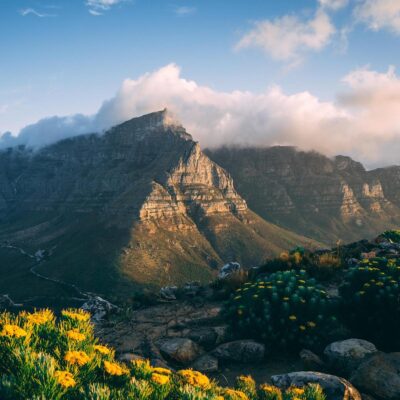 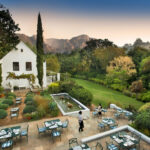 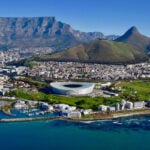 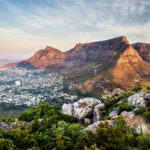