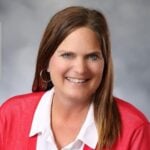 Cruising is something that I dearly love. When Carnival Cruise Line invited a friend and me to cruise with them, I was thrilled. I had cruised with Carnival more than 10 times before, but a hosted cruise was especially exciting.

Little did I know that I would be one of the last passengers to cruise on the Carnival Magic for quite some time.

Here’s how my experience played out.

The Cruise Of A Lifetime

The invitation to cruise on the Carnival Magic arrived in my inbox in January of 2020. My friend Kim and I immediately began counting down the days to March 8.

Kim and I have been friends since we were six years old, so this cruise was something we were really looking forward to. We had not traveled together for Spring Break since 1983, when we visited Walt Disney World together.

Now, 37 years later, we were bound for a fun vacation aboard the Carnival Magic.

The Coronavirus Rears Its Ugly Head

The week we were scheduled to leave, we watched countless news stories about the coronavirus and how it was impacting travel around the world. We listened to a presidential news conference a couple of days before we were scheduled to sail, and Americans were told to go about their lives. We knew that we would need to be extra vigilant about keeping everything clean. It’s fair to say that we packed a lot of hand sanitizer, Clorox disinfecting wipes, and Lysol disinfecting wipes.

We landed in Fort Lauderdale late on the evening of March 7, and we learned that our temperature would be taken before we would be allowed to board. Kim and I both thought that was a great idea, and it made us feel safer onboard the Carnival Magic.

In the back of our minds, we knew that there was a possibility of a medical emergency on the ship. We were well aware that passengers on cruise ships around the world were dealing with this virus. My husband and I had sailed several times during the years when Ebola had been a concern, however, so I wasn’t too worried.

We arrived at the cruise terminal on a shuttle bus our hotel had arranged. Upon exiting the bus, we were directed to a table with a piece of paper on it. We were asked if we had traveled to China or if we were ill. The questions were very general, and I was a little concerned that they were so vague.

We proceeded through the cruise terminal and came upon a lady who took our temperature. I thought this was an excellent measure to have put in place. We were reassured that our fellow cruisers would be healthy.

How Things Were Different

In many ways, this cruise was like others we had been on before, but there were several new safety precautions taken.

The one thing that I immediately noticed was that there were handwashing stations throughout the ship. I had noticed these on previous cruises, but this time, there were many more. The machines had soap, water, and a dryer built into them. This, in addition to numerous hand sanitizer dispensers, made it impossible not to have clean hands.

As guests entered the buffet line, a crew member directed them to wash their hands. These crew members watched each guest and made sure they followed through.

In the past, we had been able to pick up our own plates, silverware, and food. This cruise was different: The crew served us our food. After washing our hands, we were given a plate and silverware, and our food was dished onto our plates.

We learned that these were new rules, and that the crew members had had to implement them with little notice. They adjusted to their new roles very quickly.

It will be interesting to see if the cruise lines continue these practices once the pandemic is over. It was a reassuring experience, and aside from being more sanitary, it ensured that less food went to waste, since guests could not take more food than they could eat.

Highlights Of The Journey

The spirit of the people onboard the Carnival Magic was alive and well. Simon London was the cruise director, and he did a great job leading the activities while we were at sea. People sang in the piano bar, enjoyed the shows, played Bingo, and soaked up the sun.

Many people seemed to forget about what was unfolding in the world. That wasn’t surprising, since for many people, cruising is an opportunity to disconnect from the everyday world.

Bumps Along The Road

Our cruise started out with a port change. The week before, our ship had been denied entry to Grand Turk Island due to suspected COVID-19, so this was not a surprise to us. We were slated to visit Grand Turk on a Wednesday, but that wasn’t going to happen.

A visit to Nassau was substituted for the visit to Grand Turk. Most guests rolled with it, but many were not happy. The fact that Carnival was able to secure a place for our ship to dock was good news to me. The next two days were spent at sea, since our ship was unable to stop at Half Moon Cay due to rough seas.

Our visit to Amber Cove in the Dominican Republic was a memorable one. The skies were blue, and the people on the island were welcoming. When we departed from the port area, I commented to the people around me that I had a feeling this would be the last time a cruise ship would visit for some time. That day, we learned that the United States had declared a national emergency and that our world was rapidly changing.

On the night of the Love & Marriage show, our cruise director announced that there was a medical emergency onboard. There was dead silence in the theater after this announcement was made. He then went on to say that a crew member needed immediate medical attention and that a helicopter would be landing soon. This was due to a cardiac event, but it had us all worried.

Why I Have Confidence In The Cruise Industry

The announcement at 6:15 a.m. on March 14 that we were back home in Fort Lauderdale was music to our ears.

Despite the current challenges, I believe that the cruise industry will return stronger and better than before. I will be one of the first people to board a ship once they return, since I have seen how serious this industry has taken the coronavirus.

I feel lucky that I was one of the last passengers to cruise on the Carnival Magic, since I witnessed professionalism at its finest. 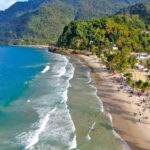 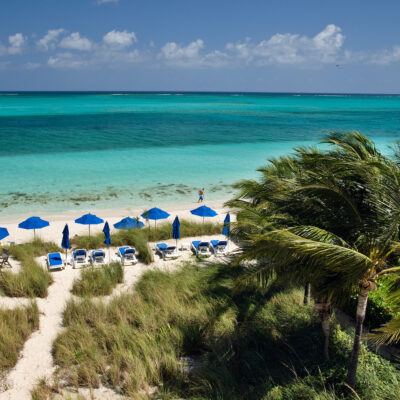