Sage Scott
TravelAwaits participates in affiliate programs with various companies. We may earn commission when you click on or make purchases via links.

America’s national parks are filled with wonderful wildlife. Bald eagles soar overhead, and prairie dogs burrow underground. Grizzlies lumber through lush green meadows, and herds of bison can cause traffic jams. When encountering one of these amazing creatures, it’s easy to get caught up in the moment. But national parks are not petting zoos, and the wildlife is wild. Follow these tips to properly observe the wildlife and keep yourself (and the animals) safe as you share our national parks.

Be Alert When Viewing Wildlife

Not only do most animals have more refined senses of smell, hearing, or sight than humans, but they also know their parks better than you do. After all, it’s their home, and you’re just visiting. In order to not miss any of the wildlife, watch for animals that expertly blend into their surroundings.

And when driving through a national park, be especially mindful of critters venturing out onto the road. As paved roads filled with motorized vehicles cut through their habitats, animals can easily wander up on to the roads and be struck by a car if motorists aren’t especially vigilant.

Brake For Wildlife The Right Way

If you are fortunate enough to see a herd of bison strolling down the street or a ram running across the road, you should only stop on the road to ensure the animal’s safety. Otherwise, to snap a pic or observe the magnificent beast in his natural surroundings, pull off of the road and park in a designated pull-out area or parking lot.

Always Stay On Trails And Boardwalks

When exploring America’s national parks on foot, horseback, or bicycle, be sure to stick to the designated trails. This helps contain humans to predictable portions of the park so that the wildlife can instinctively steer clear.

It’s always a good idea to hike with a buddy, maintaining a constant stream of human sounds like talking, singing, or whistling, so that animals know where you are and can avoid coming too close. If you see fresh animal tracks or steaming scat, be especially alert and amp up your volume.

If you are exploring a national park in bear country, be sure to wear a bear bell and take bear spray. Similar to a sleigh bell, a bear bell fastened to your clothing, daypack, or camera gently jingles as you move, alerting bears of your presence. Bear spray is essentially pepper spray, and it should be used only as an absolute last resort against a charging bear.

Across America, it is illegal to touch, taunt, frighten, or otherwise disturb wildlife in a national park. Most national parks, including Yellowstone and Glacier, help visitors help themselves by mandating that humans keep a distance of at least 25 yards from all animals. This includes chipmunks scurrying across the hiking trails, ground squirrels lingering near picnic areas, and elk resting outside the visitors centers. And when it comes to predators — like grizzly bears, black bears, and wolves — park rangers insist that visitors keep a distance of at least 100 yards.

Pro Tip: Pack or rent a pair of binoculars so that you can observe the wildlife in national parks while maintaining the requisite distance.

Sometimes keeping a safe distance from wildlife can be tricky. While checking out the geysers in the Lower Geyser Basin during one of our visits to Yellowstone National Park, a bison trotted up the boardwalk, mingling with the crowd of tourists. Because the boardwalk is only about 10 feet wide, and because visitors must remain on the boardwalk due to the scalding geysers in the area, there were limited ways to give the wooly land mammal his space. Everyone remained calm, parting like the Red Sea, and the bison hopped off the wooden walkway near the Red Spouter without incident, rolling around in the warm red dirt to slough off some of his shaggy winter coat.

Did you know? As gangly grazers, moose may seem harmless. But standing eight feet tall and weighing in at 1,500 pounds, they are linked to more injuries than bears in Alaska each year.

Be Extra Cautious Around Wildlife During Sensitive Times

Many people, especially mothers, know not to mess with a nesting bird or a mammalian momma caring for her young. But did you know that it is also important to be extra cautious around animals during mating season when males are in full-on testosterone-fueled competition as they search for a partner? Because national parks allow nature to exist without intervention, visitors should also be extra sensitive if they encounter an animal that is sick or injured and when visiting national parks in the winters, when animals have the most difficult time finding food.

Don’t Feed The Animals (Intentionally Or By Accident)

Although it was once common to feed bears at Yellowstone National Park (and not officially outlawed until the 1970s), most people know better than to try to feed a bear. But this wildlife viewing safety tip also applies to birds, chipmunks, and any other cute creature watching you eat your picnic lunch. Not only is prepared human food nutritionally bad for wild animals, but animals who become dependent on humans for their meals can lose their ability to fend for themselves and become easier prey for natural predators.

So be sure to put all food packaging, scraps, and crumbs in designated receptacles when you eat, drink, or snack at one of America’s national parks. Otherwise, you may be unintentionally feeding the wildlife and putting their lives at risk.

Did you know? Guests seeking treatment for squirrel bites is the number one reason park visitors end up at the Grand Canyon’s health clinic.

Take Nothing But Photos And Memories 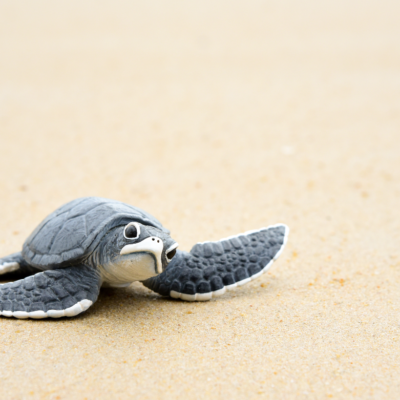 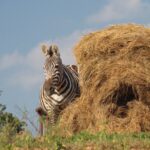 WildlifeAlabama’s Wild Side: 6 Best Places To Experience Wildlife On The Gulf Coast