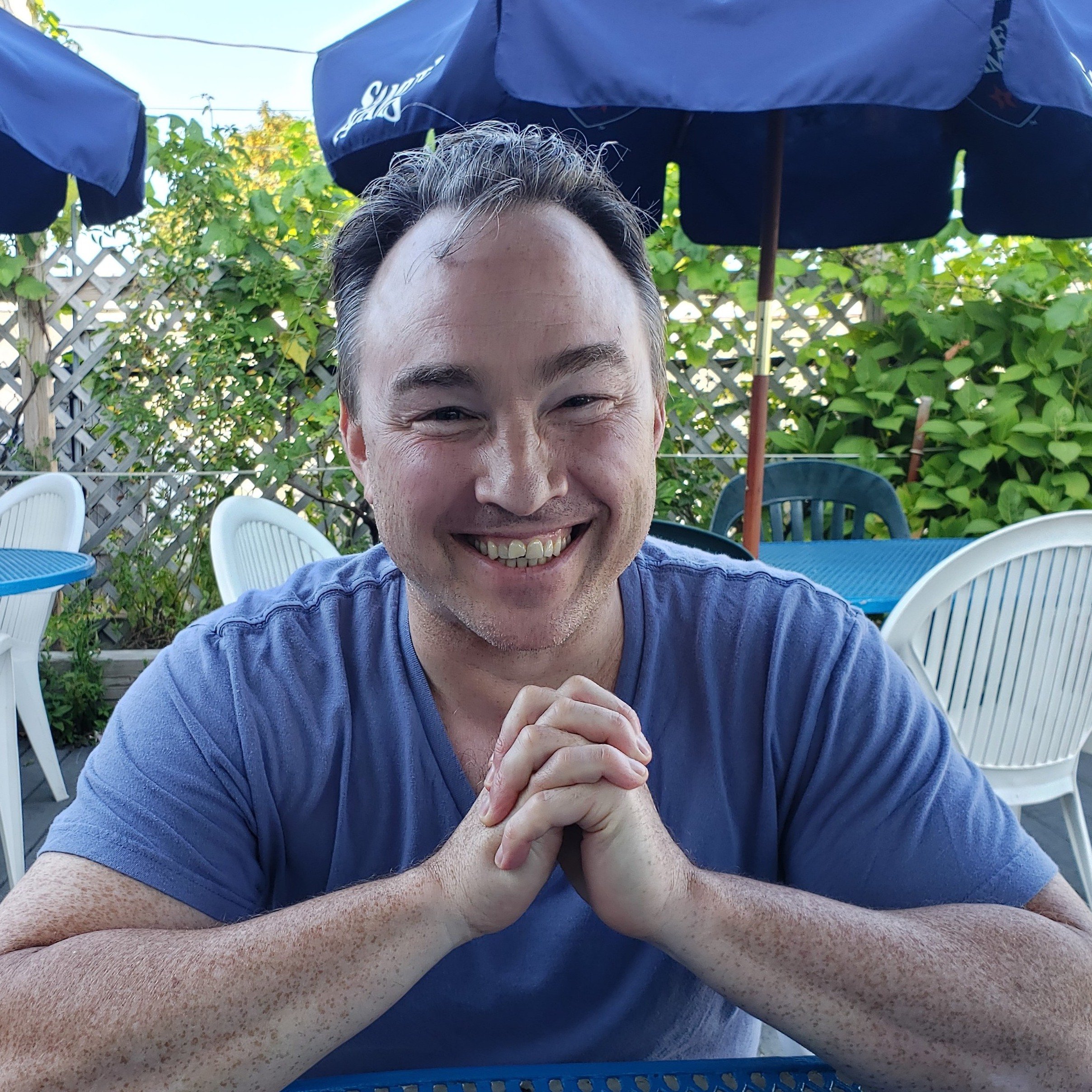 “The sea-shore is a sort of neutral ground, a most advantageous point from which to contemplate this world.”

This observation, taken from Henry David Thoreau’s collection of essays about Cape Cod, rings as true today as it did when he visited the area in the mid-19th century. Thoreau also predicted Cape Cod would develop into a resort destination, which it certainly has.

Fortunately, a portion of Thoreau’s Cape has been preserved from commercial development. In 1961, President John F. Kennedy signed a bill creating the Cape Cod National Seashore, protecting some 40 miles of gorgeous coastline stretching from Eastham to Provincetown on what is known as the Outer Cape. The seashore rewards visitors with many wonderful and memorable experiences. Here are seven of them:

To get an understanding of the region’s history, start with a trip to the Salt Pond Visitor Center in Eastham. The center is rich with pottery and stone tools, reminders of the ancient Native American communities that lived here 3,000 to 5,000 years ago. Artifacts such as glassware and pieces of smoking pipes from the Wellfleet Tavern Site (circa 1640) tell the story of the area’s early days as a fishing and whaling center.

More history awaits you at the Highland House Museum in Truro, which salutes the region’s nascent tourism industry. Built in 1907, the Highland House served as a modest hotel — one of many that were constructed to accommodate the growing number of city dwellers from Boston and New York descending upon the Outer Cape at the end of the 1800s.

Today, it functions as a museum, featuring many exhibits and collectibles from Truro’s early days. You should definitely visit the second floor, where guest rooms have been restored to how they may have looked a century ago. On the first floor, make sure to wander the Shipwreck Room. Model ships and artifacts from actual shipwrecks remind you just how treacherous the waters off the coast can be.

Since the 1600s, powerful storms and shifting sand bars off the Outer Cape have proved a disastrous combination for sea vessels of all kinds; according to the park service, more than 1,000 shipwrecks lay buried off the seashore. To help seafarers mark their way, lighthouses were built along the Cape’s coastline in the 19th century.

Highland Light, located in North Truro, stands as the tallest — and oldest — lighthouse on the Cape. Built in 1857, it is still in use today. Highland Light is typically open for tours but will be closed for renovations during 2020; the nearby lightkeeper’s house, though, will be open.

Poised on a bluff in Eastham for much of the late 1800s, the so-called Three Sisters Lighthouses were unusual in that they were a trio of lighthouses rather than the more common singular tower. After decades of service, they had to be relocated inland because of erosion. Eventually, they fell into disrepair and were retired. They have since been restored and can be toured at their new home off Cable Road.

The Three Sisters were replaced by Nauset Light a century ago. Ongoing coastal erosion forced this lighthouse to be moved 300 feet from the shore in the 1990s. In season, this lighthouse can also be visited, and you will not be disappointed with the views from the top of the tower — they’re absolutely worth the climb.

To truly appreciate the varied and spectacular terrain the seashore has to offer, take a hike. A vast network of walking paths and fire roads provides a plethora of options. And, of course, there are miles of beach to explore. In addition, the NPS maintains 12 Cape trails that travel through lesser-known sections of the seashore, including a beech forest, a cedar swamp, and a historic cranberry bog.

The park service also offers many programs and ranger-led activities each summer, one of the most popular being a Sunday-morning guided ranger hike, which rewards participants with arresting views of land and water. These hikes usually cover three to four miles and are moderate in terms of difficulty. The terrain can fluctuate from forest trails to loose sand, so be prepared with appropriate footwear. Also, bear in mind that ranger programs are subject to change, so check the website or a visitor center to get an updated schedule.

4. Get The Sand Between Your Toes

The National Seashore’s biggest draw, not surprisingly, is its glorious coastline — the one that so enthralled Thoreau. In fact, because the coastline was protected from development — sprawling resorts, high-rise condominiums, shopping malls — much of the seashore has not changed significantly since Thoreau’s time.

The park service has named six beaches along the treasured seashore. From south to north, they are Coast Guard, Nauset Light, Marconi, Head of the Meadow, Race Point, and Herring Cove. All offer restrooms, showers, and lifeguards in season (typically late June through Labor Day). Beyond those, amenities do vary, so read up and plan ahead.

Pro Tip: It should come as no surprise that the beaches — and parking lots — do get crowded on summer weekends, so arrive early to stake out your sandy plot, or visit later in the day. Your best option to avoid the crowds is Head of the Meadow as it’s the most remote and therefore least-visited of the beaches.

Pro Tip: Remember that all NPS beaches charge access fees. If you’re going to visit multiple beaches during your stay, or if you have multiple trips to the seashore planned, consider purchasing a Cape Cod National Seashore Pass or an America the Beautiful National Park Pass.

The region’s beaches are truly special, but it’s the rolling, often towering dunes, that define the Cape Cod landscape. You can experience the dunes up close and personal on an hour-long excursion with Art’s Dune Tours. An experienced guide takes you in an SUV — with appropriately deflated tires — through the captivating and sandy scenery of the Province Lands. You’ll learn how the dunes were formed thousands of years ago and how wind and storms continue to shape them today.

You’ll also learn about the curious, rustic Dune Shacks. These primitive shelters date back to the 1920s and were — and continue to be — sought after by writers and artists for their seclusion and remoteness. Indeed, Eugene O’Neill penned two plays while staying in a dune shack. Today, many of the surviving shacks host artist- and writer-in-residence programs for poets and painters who live in these rustic shelters (which are without electricity or running water) to benefit from the inspirational scenery.

A short uphill detour off Route 6 in Eastham takes you to one of the best vantage points along the national seashore. Fort Hill is a marvelous overlook with views of nearby sprawling fields, distant forest, the flats of Nauset Marsh, and, beyond, the vast emptiness of the Atlantic. A short walking trail winds its way down to the marsh and is worth the time and effort.

Another highlight is the Penniman House. Superbly restored by the park service, the striking home was built during the Victorian era for Captain Edward Penniman, a whaling captain, and his family. The home is open for tours during the summer, but check the park service’s website for days and times.

7. Drive In Or Enjoy Live Theater

For an evening activity, how about a throw-back to the 1950s? 1957 to be exact. That’s the year that the Wellfleet Drive-In Theatre opened its doors. Today, the theater has the distinction of being the only drive-in left on Cape Cod. The theater shows a double-feature each night during the summer and offers an indoor cinema as well. Just remember, the drive-in box office only accepts cash for tickets — just like in 1957.

If live theater is your thing, catch a performance at the Wellfleet Harbor Actors Theater. There are multiple productions each year, so if you make more than one trip to the seashore, you can see something new. Recent shows have included Shakespeare’s Romeo and Juliet and Austin Pendleton’s absurdist work, Orson’s Shadow.

When planning a trip to the seashore, you’ll find no shortage of restaurants, from clam shacks to fine dining. Here are a few to check out

Cape lodging is just as plentiful. For your next visit, consider Wellfleet Motel and Lodge, the Inn at the Oaks in Eastham, and Harbor Hotel in Provincetown. 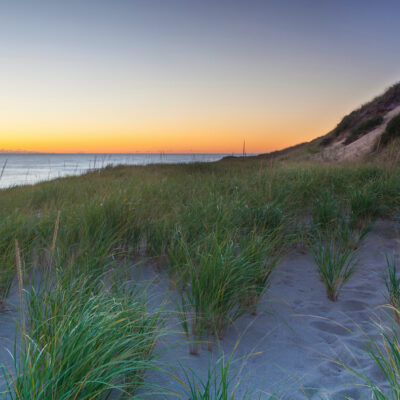 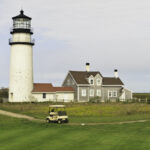 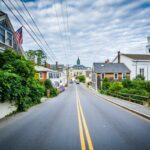 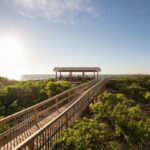