11 Traditional Foods To Try In Ireland

When most people think about Irish food, they think about boiled potatoes or maybe corned beef and cabbage for a Saint Patrick’s Day meal. But there are many other delicious dishes that highlight the fresh and seasonal bounty provided by the sea and land that make Ireland a beautiful country to visit.

Here are just a few examples of the mouthwatering foods that await visitors to this wonderful country.

Unlike some places where breakfast consists of a cup of coffee on the run, Ireland revels in the first meal of the day.

The items in a typical Irish breakfast vary from town to town. An Irish breakfast in the west, sometimes called the full Irish breakfast, consists of pork sausages, fried eggs, baked beans, mushrooms, and a fried tomato. Rashers, also known as back bacon, and black and white pudding, which are made from grain with (black) or without (white) pork blood, are also typical.

In the north, the Ulster fry is comparable but is eaten throughout the day and often includes soda or potato bread.

This traditional Irish food is best described as a hearty potato pancake. It’s commonly made with flour, baking soda, eggs, and grated and mashed potatoes, and it finds its way onto menus in restaurants alongside other Irish favorites.

It often shows up for breakfast, but with its resurgence in popularity, chefs are finding fun new ways of using boxty. Gallagher’s in Temple Bar in Dublin is a great example.

Butter may be a guilty pleasure, but if you’re going to indulge in it, then Irish butter is the way to go. In Ireland, the dairy cows are grass-fed. The cream takes on a sweeter flavor that infuses the butter. Irish butter also has more butterfat, making it extra creamy, and the bright yellow color comes from the high beta-carotene levels provided by grass-fed cows.

Nowhere in Ireland is butter more revered than in Cork. You can visit the Butter Exchange, which is now the Butter Museum, to learn about the history and process of buttermaking in Ireland.

If you’re going to have some delicious Irish butter, you’ll want something tasty to spread it on. Irish soda bread is a traditional Irish food that has made its way to tables around the world. In Ireland, it became popular out of necessity during a time of great poverty and hunger. It required few ingredients and used baking soda for leavening to create consistent results.

Today, Irish soda bread is often eaten with breakfast or tea. It can be found plain, with dried fruit, or with herbs. Some take the tradition so seriously that there is a Society for the Preservation of Soda Bread.

Traditional Irish food does include stew. In its classic form, Irish stew incorporates onions, potatoes, and lamb. If you head to the southern part of the country, you’ll probably find carrots or different root vegetables included. Other places use goat’s meat, and though it wasn’t common back in the day, beef is sometimes used now. Though less than traditional, we found the beef and Guinness stew at the Guinness Storehouse absolutely delectable.

Yes, it’s true — Irish food features lots of potatoes. And no two items are more traditional than these related mashed-potato dishes. Colcannon blends mashed potatoes with kale or cabbage, while champ blends mashed potatoes with scallions or green onions. These dishes are both readily available all year long, but cabbage is more common for colcannon in fall and winter.

If you’d like, you can learn to make these and other traditional Irish foods at the famed Ballymaloe Cookery School or at Howth Castle Cookery School.

Ireland is home to some of the best seafood in the world. The Wild Atlantic Way is a seafood lover’s dream, covering 761 miles of seaside driving. You could literally spend a week eating your way along this extraordinary path.

Oysters from Galway and smoked salmon are a treasured part of the journey. Lobster, crab, mackerel, mussels, salmon, and other treats from the sea are abundant. There is even a seafood journey that you can take, allowing you to stop at any of the spots that appeal to the seafood lover in you.

Ever thrifty, the Irish made use of all they had in their kitchens, and sometimes leftovers would result in a dish called coddle. Associated closely with Dublin, coddle involves braised sliced or chunked pork sausages, rashers, potatoes, and onions plus herbs in a large pot of water or stock.

This hearty dish warms you up in the winter, and it’s still quite popular. Author Jonathan Swift, who wrote Gulliver’s Travels, considered this one of his favorite dishes, and James Joyce referred to coddle in Dubliners. This dish is often made at home, but The Hairy Lemon and some other cozy spots do serve it.

Barmbrack, sometimes called brack or Irish fruit bread, is similar to Italian panettone. The loaf contains dried fruit — usually raisins, sultanas, currants, and the like — and also has a magical history. A popular treat around Halloween, barmbrack was used to tell fortunes by way of little charms baked into the bread, which was cut into even slices. According to ancient Celtic tradition, these charms indicated future status. For example, a ring meant marriage, and a coin signaled wealth.

These days, you’re less likely to find the charms, but you can get a taste of traditional treats and tales at Hansel and Gretel Bakery in Dublin.

Irish oatmeal — also called porridge — is really a thing, and it has been around for centuries. Because of the combination of quality water and soil and a great growing season, Ireland became known for its superior quality oats back in the mid-1800s, when John McCann, founder of McCann’s Irish Oats, won several awards at London, Dublin, Philadelphia, and Chicago exhibitions.

The most unique aspect of Irish oatmeal is that the grains are steel-cut, meaning the groats have been sliced but not flattened. This makes the grains more chewy and less gooey when cooked. We love the nutty, chewy taste of Irish oats ourselves. In fact, they are the only oats we use for oatmeal now.

Traditional Irish oatmeal is treated with respect at Bewley’s Grafton Street Cafe in Dublin, where you can also enjoy gorgeous art such as stained glass windows and sculptures.

Back when money was tight, Irish children would often get bread and milk for a bedtime treat. The grownups eventually decided that that sounded pretty good, but added some butter and fruit or jam and popped it in the oven, creating a sweet and comforting bread-and-butter pudding. Today, the Irish sweet tooth has expanded, and pies, tarts, and puddings of many sorts abound.

Head over to Queen of Tarts to satisfy your sweet tooth and enjoy a real Irish coffee while you’re at it.

By all means, go to a pub. If you ask for “a beer” or “a pint,” that translates to a pint of Guinness, which is poured slowly and methodically. If you want something smaller, ask for “a glass,” which is half a pint. If you want beer other than Guinness, ask for it by name.

You can be perfectly comfortable sitting in a pub on your own. Inevitably, the other patrons and the bartender will bring you into a lively conversation. And if someone buys you a drink, then you buy them one on the next “round,” a very common occurrence. 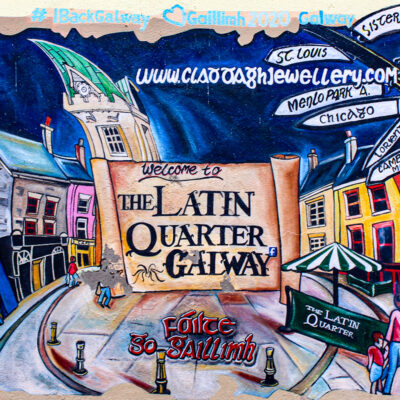 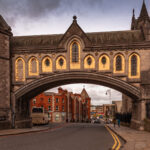 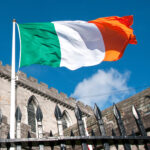 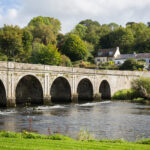 IrelandThe 9 Biggest Surprises During Our Trip To Ireland