Over the past 21 years, Regina (my wife) and I have been to more than 45 countries. We have a division of labor: She is the planner and keeper of details, and I am the dreamer of cockamamie ideas. Between the two of us, we manage to find a happy balance of adventures and off-the-beaten-track experiences.

Unfortunately, on our trip to Tanzania, we somehow managed to accentuate the worst of both our traits and go totally off the rails. And yes, it involved attempting to summit a volcano.

1. The Challenges Of Traveling As A Couple Are Real

I love the extremes: Antarctica, the Sahara Desert, sleeping in ice hotels. Regina was not surprised to hear that I thought it would be a grand adventure to climb the Ol Doinyo Lengai (Mountain of God) volcano in Tanzania. It’s an active volcano and a sacred mountain for the Maasai people. I wanted to go to the top and see the caldron and the sunrise view of the valley. Regina had her doubts about whether this was a good idea.

2. Preparing For The Climb Is Essential

3. Time To Climb Means Something Different For Everyone

After the seven-hour drive to Ol Doinyo Lengai, we visited the Lake Natron waterfall and then went to our tented camp. Regina decided that she did not want to do the climb. In retrospect, she made a wise decision.

If I was going to climb the volcano, I would be on my own with our guide.

At about 9 p.m., I set off with Julius, our Maasai guide. The first part of the climb was relatively easy, but I noticed that all of the other climbers were wearing headlamps and some had face coverings. That was my first clue that I was underprepared. The other climbers also all seemed to be at least a decade, if not two, younger than me.

After the first hour or so, the climb became more rocky. Then it became steeper. We were literally climbing up the rocks — on hands and knees. The rocks were covered in volcanic ash. It was very slippery. I breathed it in. Ash was in my hair and covered my clothes. I climbed in sneakers, not hiking shoes, and my feet kept slipping. Julius, on the other hand, had no problems climbing in his sandals, which were made of used tire treads:

5. Then Slower And Slower

It was the middle of the night and dark, and it seemed like every single person doing the climb had already passed me. My progress was very slow and I became concerned. If I slipped and broke my leg, the nearest hospital was seven hours away.

And, what goes up, must come down. In other words, I would have to climb down these same rocks in the morning. It would be light out, but I would still be slipping and sliding. And even more fatigued.

6. Sleeping On The Side Of A Mountain Is Not For Everyone

Julius asked me if I wanted to stop climbing. I said yes and assumed that we would begin to descend. He said that we would have to wait until daybreak to go down. My heart sank. Then I thought about it. I realized that it would be quite dangerous to try to descend in the dark. Julius curled up and promptly went to sleep. I tried to sleep, too.

7. Daybreak’s Arrival Can Be A Welcome Relief

It was cold and I was freezing. Julius loaned me his wrap and went back to sleep. I didn’t sleep much as I waited for daybreak. It seemed like it would never come, but it did. And then we slip-slided down the mountain, carefully. Since we were only partway up, we weren’t crowded by other climbers. I was relieved to get off the ash-covered rocks and then to the bottom of the mountain and back to camp.

I was never so happy to return to Regina, a hot shower, and breakfast.

The Lessons Of Ol Doinyo Lengai

Ol Doinyo Lengai taught me some important lessons, including the importance of researching and being prepared for adventures. Relying only on my travel agent’s information, even though he was based in Tanzania, was not a good idea.

Regina and I also learned how to make sure that we are on the same page when traveling — to find adventures that work for both of us.

Ol Doinyo Lengai is a sacred mountain and an active volcano. It erupts about once every decade. Those are two reasons that I wouldn’t even attempt the climb again. Today, I’d choose to respect this sacred site, as well as the power of nature.

No need to climb a volcano: Here’s why a Tanzania safari should be at the top of your bucket list, plus what I learned after a volcano erupted during a trip to Ecuador. 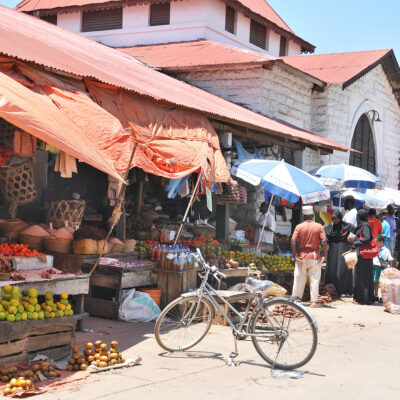 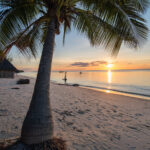 TanzaniaWhy You Should Add Mafia Island To Your Travel Bucket List 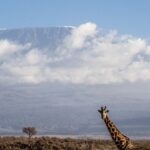 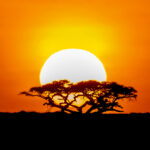