8 Reasons To Make Fort Worth, Texas Your Next Weekend Getaway

If you search for a list of United States cities by population, you might be surprised to discover that Fort Worth, Texas, is the 13th-largest city in the nation. The cities listed directly behind Fort Worth are perhaps the biggest surprise, however. Here’s the current order according to the Census Bureau’s 2018 population estimates:

If you look at the statistics for major metropolitan areas, many of those “smaller” cities gain a lot of population. But, given its proximity to Dallas, so does Fort Worth. Combined (along with the outlying suburbs), the two cities make up the fourth-largest metropolitan area in the country, behind New York City, Los Angeles, and Chicago.

With that in mind, you won’t be surprised to hear that Fort Worth offers more than a few things to do. Here are eight reasons to make the Texas city your next weekend destination.

1. It’s Home To The World-Famous Fort Worth Stockyards

We might as well start with the number-one attraction in Fort Worth: the Fort Worth Stockyards, a shrine to Fort Worth’s famous livestock history. At 11:30 a.m. and at 4 p.m. every day except for Easter Sunday, Thanksgiving Day, and Christmas Day, Texas Longhorns are driven down the main drag, and visitors can watch up close.

But the cattle drive is not the only attraction at the Fort Worth Stockyards. This national historic district is full of activities: There’s a musical show (at an opry, of course), a museum, shopping, dining, and much more.

If you’re feeling a bit overwhelmed, just walk past the historic corrals and take in the sights and sounds of Fort Worth’s famous stockyards. Dallas may have the football Cowboys, but Fort Worth has got the real deal.

2. It’s Got A Vibrant Downtown

My wife and I visited downtown Fort Worth last spring. First, we headed to the historic county courthouse to settle a legal matter. We settled our matter in 15 minutes, and since we had paid for 2 hours of parking, we decided to explore the downtown area. We were looking for a restaurant that we had heard about when we turned the wrong way and stumbled upon Main Street. Our mistake turned out to be a stroke of luck, however.

We soon found ourselves in Sundance Square, where Main Street is closed to cars. The pedestrian-friendly area is home to shops and restaurants as well as the city’s visitor center. One could spend an entire afternoon exploring this thoroughfare, and that’s exactly what we did!

At certain times of the year, there are festivals held in and around Sundance Square. If you’re lucky, you might even catch a concert on the public stage. Otherwise, just sit near the square’s fountain, sip your coffee, and enjoy a sunny Texas morning.

3. There’s A Museum That Honors Cowgirls

That’s right — Fort Worth is home to the National Cowgirl Museum and Hall Of Fame, which brands itself as “the only museum in the world dedicated to honoring trailblazing women of the American West.” The museum opened in 1975 near Amarillo and moved to a much bigger facility in Fort Worth in 2002. In 2018, the building underwent a massive $5.5 million renovation.

There are exhibits on the long history of women in the American West, exhibits on rodeo cowgirls and their competitions, and a hall of fame honoring everyone from servicewomen to rodeo performers. It’s located in the Fort Worth Cultural District, and there are several other attractions nearby, including the Amon Carter Museum of American Art, the Fort Worth Museum of Science and History, and the Fort Worth Botanic Garden.

4. You Can Try Some Authentic Texas Barbecue

If you’re in Texas, you have to try the barbecue, and Fort Worth has its fair share of great barbecue spots.

At Joe Riscky’s Barbeque, try the sausage bomb. It’s a cheese-stuffed jalepeño encased in sausage and wrapped in bacon. Yes, you heard that right. This is Texas, after all.

At Angelo’s BBQ, which has been around for 60+ years, try the chopped beef sandwich. The restaurant is known for its sides as well, particularly its beans and its smoked mac and cheese.

Heim Barbecue is known for its dry rubs, so be sure to try the Niman Ranch Pork Ribs. There are two locations — one in the River District and one on Magnolia Avenue — so you’ll easily be able to get to one of the two from wherever you’re staying.

5. The Craft Beer Scene Is Thriving

As in all major cities, craft breweries have exploded onto the scene in Fort Worth. It’s often hard to decide which spot to visit first. Fort Worth has solved this problem by developing the Fort Worth Ale Trail, which gives visitors directions to the 14 different craft breweries around town.

The best way to start is by picking up an Ale Trail Passport. There are two places where you can do this: one at the Stockyards, and one on Main Street near Sundance Square. This passport will direct you to the first brewery. From there, you can travel to as many of the breweries as you’d like.

If you do visit all 14? Make sure to return to the visitor center with your passport. If you’ve gotten your passport stamped at each location, you’ll get a prize. I’ve never done this, so I’m not exactly sure what the prize is, but it’s Texas, so I’m guessing it’s something large.

6. Its Outdoor Fountain Is Architecturally Significant

Phillip Johnson, a world-renowned architect, designed everything from the sculpture garden at the Museum of Modern Art in New York City to the Crystal Cathedral in Garden Grove, California. His Glass House in New Canaan, Connecticut, remains one of the most influential works of modern architecture in the world. He also designed a spectacular outdoor public space in Fort Worth: the Fort Worth Water Gardens, a 4.5-acre fountain and plaza downtown. The fountain is located on the south side of the convention center, not far from Sundance Square.

The plaza features a series of pools and waterfalls, most of which are interactive, meaning that you can walk down a set of stairs within them. It’s very modern architecture (it’s Phillip Johnson, after all), so the plaza is constructed from a series of shapes and angles, all pierced by the cascading water. It’s an incredible sight (and sound!).

7. The Golfing Is Great

Fort Worth is home to one of the most historic events on the PGA Tour. The tournament is currently known as the Charles Schwab Challenge, but most golf fans refer to it by its original name: the Colonial. That name comes from the Colonial Country Club, the place where the tournament is played. One of the most famous golfers of all time, Ben Hogan, was from Fort Worth, and a statue of Hogan can be seen just outside the Colonial Country Club.

You cannot play at the Colonial Country Club unless you’re a member, but the club’s presence has made Fort Worth a booming golf town. Golf fans flock to the Colonial every year, and if you happen to be in Fort Worth in mid to late May, the Charles Schwab Challenge is a great tournament to attend. But if you’re just looking to play golf, Fort Worth has that as well. There are dozens of public golf courses in the area (it’s truly the golf capital of Texas), and the city’s warm weather means that golf can be played nearly year-round.

8. Its Magnolia Avenue Is A Modern Neighborhood At Its Best

Magnolia Avenue is the shopping and dining hub of the southern end of Fort Worth. It is located in the Fairmount-Southside Historic District, a neighborhood in Fort Worth that’s on the National Register of Historic Places.

If you’re looking for funky — a unique shop or a modern restaurant, for instance — you should head to Magnolia Avenue. If you’re interested in visiting the top coffee shop or the trendiest store in town, the district won’t disappoint.

The shopping district extends from Eighth Avenue to Hemphill Street — that’s 14 blocks of stores, restaurants, breweries, and coffeehouses to explore. Plus, whatever you eat or drink you can walk off with a leisurely stroll from one end of the street to the other. 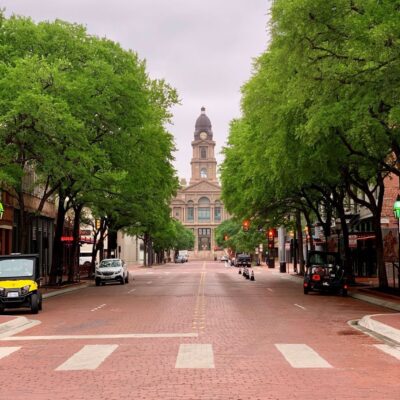 Fort Worth7 Best Things To Do In Sundance Square In Fort Worth, Plus Where To Eat 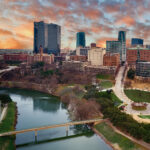 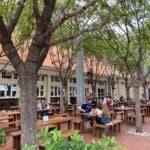 Fort Worth15 Best Fort Worth Restaurants Perfect For Outdoor Dining 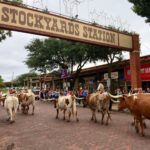 Fort Worth8 Fun Things To Do At The Fort Worth Stockyards