How We Dropped Everything And Traveled The World By House-Sitting 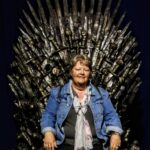 Faith Coates
What Are Your 2023 Travel Plans?

We had been planning our escape from the snow belt of Ontario, Canada, for many years. In 2014 we finally took the plunge, cleared out the house, and put it up for sale. My husband had spent the last 30 years slogging through waist-high and beyond snow delivering for Canada Post and was now eligible for his pension; the time was now. Since we could never get our kids (three “grown-ass” men as they like to say) to travel or move away, we decided that it was finally our time to run away from home.

First, We Moved To Mexico

We had explored many options over the years and decided that Mexico was the place for us. Given hubs’ osteoarthritis and my rheumatoid arthritis, we needed less cold and more warmth. We found a small Mexican fishing village on the gulf coast of the Yucatan with plenty of expats around the area. So we headed south for warmth and tequila. It was also dirt cheap to live in Mexico and, trust us, a Canada Post pension goes nowhere in Canada.

We landed in spring and the heat and humidity were immediately overwhelming. We met lots of great folks from around the world who hung out in Gringo Gulch, and we enjoyed the company of Scottish engineers, cool Americans who had worked in the Clinton administration, and expats from all over the globe. Sadly, there were also a lot of racist Texans who gave the U.S. a bad name, which is quite common in Mexico.

One morning while sitting outside with my eyelashes sweating — and not enjoying my coffee — we decided to explore the area and head to Campeche. On our way there, I noticed a post on Facebook for a young couple seeking a replacement house sitter as they had an emergency in Canada. I mentioned it to hubs and sent them a couple of suggestions of folks I knew who might be able to help.

The next day they were still looking and I said to hubs, “What do ya think?” He agreed, and we texted them that we could help out if the homeowner approved us. We met with the couple, who we instantly liked, and the homeowner knew of us through the expat community. And so our first house-sitting gig was on.

The Humidity Got The Better Of Us

Our Mexican dream was fast becoming an overly warm nightmare, and we decided that it was simply too hot to bear. We began joining online house-sitting platforms in the hope that someone might want to have us come and look after their furbabies.

We had explored the notion of house-sitting but hadn’t really gotten in too deep as we had our Mexican dream in mind. The fact that it is a win-win situation is the least of it. You get to take care of beautiful animals, visit amazing areas that many tourists just don’t see, and it’s virtually free. House-sitting is also the epitome of sustainable slow travel.

Six months after we jumped in to help the young couple, we got an email from them asking if we were going to be in Canada in June. They had a cousin who was getting married and wanted house sitters for three weeks in Toronto.

We immediately said yes and our house-sitting journey began. It was the perfect opportunity for us to head back to Canada, visit our kids and friends, and spend three weeks in a gorgeous house in Toronto with a lovable German Shepherd. At the same time, we were applying for house-sitting jobs in Europe and had confirmed our first house-sit in Tipperary, Ireland.

I think the reason we got chosen for that sit was that no one else applied as it meant looking after seven dogs and a cat. We said yes, of course, as we both grew up with a multitude of pets and have always felt that the more there are the less work there really is as they are companions to each other. Sort of a puppy needs a puppy to make a pack.

We spent three glorious weeks exploring Toronto and visiting with family and friends, then headed off to Tipperary. Both of us were born in Ireland, so we had no trouble staying in Europe for however long we wanted with no issues around Schengen visas or overstaying our welcome.

In Tipperary, we looked after seven rough collie show dogs, a small cat, and — surprise! — a pomeranian who was the house dog. We had spectacular views of the Galtee Mountains and spent a few hours a day exploring the entire county. Our homeowners had provided us with a car, so we managed to get around very easily and see sites that most tourists never get to visit.

During that time we were also applying for house-sits throughout Ireland, the UK, and Europe. We had managed to confirm sits virtually back to back in Dublin, Belfast, Yorkshire, Berkshire, and Spain. Suddenly we were set for at least two years.

The In Between Time (And General Thoughts On House-Sitting)

In between sits, we would either stay with friends or family or we would simply book accommodations and stay in a place we wanted to visit for two or three days before heading to our various sits.

Though we have had some beautiful animals to look after, and that has been a joy, it’s not all been roses. We have sat in houses that were not exactly up to our standards of cleanliness, and we hate housework.

We also had our homeowner-from-hell experience in Cyprus. It’s a very long story, but we probably should have paid more attention when the couple started berating each other on our Skype call for getting drunk and falling over at “the club.” We wound up cutting that sit short when the homeowner started demanding money for the internet, renting their car, electricity, and propane for the barbecue among other things. We ensured the animals would be well looked after by the couple’s previous sitters, who lived in the area, and made our escape.

From Cyprus, we headed to southern Spain, where we met a really lovely British couple who had retired to Palomares and had taken in five rescue cats. You couldn’t have asked for a nicer couple of folks after our Cyprus experience, and we feel that we made friends for life with them and the entire village. This has been a repeat sit for us as we explore the potential of living in Spain.

Now we have a base in Donegal, Ireland, where we have friends who we have known for over 30 years. We adore the Irish way of life and the sense of community and family that are still mainstays here. I continue to work as a travel writer, which supplements our pensions, and hubs gets to bake to his heart’s content.

Luckily for us having Ireland as a base has allowed us to fly back and forth to house-sits in the UK, Scotland, France, and Spain. This coming year we are hoping to explore far more of France, Spain, Portugal, and hopefully Italy.

Want to know more about how you could house-sit your way around the world? Check out our interview with house-sitting travel blogger Josie Schneider.