Melissa Klurman
What Are Your 2023 Travel Plans?

When I first visited Africa more than 20 years ago, I truly believed that a safari was something I’d only experience once in my lifetime. But as I bumped along in an open-air jeep in South Africa’s Kruger National Park searching the horizon for elephants, lions, and rhino, coming face to knee with giraffes, and enveloped by unique sounds, smells, and sights of wild animals roaming free, I realized that this wasn’t a once in a lifetime experience but a first in a lifetime.

I was thoroughly engrossed in the conservation efforts of the rangers and naturalists who worked in the African bush, and I wanted to keep experiencing more of Africa’s natural world and help keep these prehistoric-feeling areas safe from the encroachment of the modern world.

Why I Wanted To Go To Uganda To See Gorillas, Specifically

During the last two decades, I’ve ventured into the bush on safari nearly a dozen times, delving further into Africa each visit, exploring the wildlife areas of South Africa, Botswana, Zambia, and Zimbabwe — each time forgoing a bit more luxury and discovering a bit more of the wild. Each time, I’ve become more aware of a disturbing truth: Many animals that seemed as abundant as leaves in the jungle when I first started visiting are becoming more sparse.

White rhino, which I had spotted with just a bit of safari driving in 2000 in South Africa, have been poached to such an extreme level that armed guards heavily protected the few remaining ones in Zambia when I visited in 2016. That same year in Zimbabwe, I arrived just after Cecil the lion had been lured away from protected Hwange National Park and shot by trophy hunters. Watching the remaining pride and thinking about the dire situation wildlife are in all over the continent, I decided it was time to see one of the most endangered animals in Africa while I still could: the mountain gorillas of Uganda and Rwanda.

There are fewer than 1,000 mountain gorillas in existence, and seeing them had been at the top of my bucket list since I first heard about treks into the high mountains to see the endangered animals primatologist and conservationist Dian Fossey had studied. I truly believed that visiting these amazing primates, and supporting the programs that keep them safe in their natural habitat, was the best way for me to help protect these amazing human-like creatures. But honestly, it also seemed like an incredibly intimidating trip.

The Challenges I Was Up Against

One of the most surprising things about my first safari was how easy it was. Not getting there: The trip from the U.S. is an exhausting 16 hours to Johannesburg, then another flight to go north, and possibly a stint in a small Cessna to get deeper into the bush. But the actual tracking of animals is easy if you’re a guest. Trained rangers drive you, trackers spot animals, and I just sat in the open jeep spotting wildlife.

Gorilla trekking, on the other hand, is challenging.

The only way to see gorillas in their natural environment, high up in the rainforest, is to walk to them, which requires being part of a guided group led by an armed ranger. Gorilla permits are tightly regulated to protect the animals from too much exposure to humans, and they’re costly. In Rwanda, where the tourism industry in the Virunga Mountains has attracted high-end lodges, one-day trekking permits cost $1,500 — and that’s before transportation, lodging, or other expenses. In Uganda, where lodges are more rustic, permits are $600. Either way, only eight visitor permits are issued for each gorilla family each day, so you need to plan in advance. And after you’ve trekked to your assigned group, visits are strictly limited to one hour.

Oh, and you have no idea how long you’ll have to hike in equatorial rain forest before you spot your gorilla family. I had spoken to travelers before I planned my trip who had spent an entire day — nearly nine hours round trip trekking to find their family — and others who had only had to trek for 20 minutes. Either way, it’s a long way to go for an hour of face-to-face time with a giant primate. And yet, I was determined to see the gorillas in person.

How I Overcame My Gorilla-Trekking Challenges

I did my gorilla trek in Uganda’s Bwindi Impenetrable Forest, and that name barely did it justice. I’m not sure why it came as such a surprise that a forest, quite literally called impenetrable, was difficult to traverse, but my first few minutes in its ankle-deep mud were so worrisome that I almost turned back. My ranger, instead of simply driving me to my destination safari style, hacked an uphill path through thick nettles and twisting vines with a machete.

I hired a porter to carry my pack, and he also took me by the hand, pulling me up inclines, making sure I didn’t fall off the side of the mountain path and into the forest below. The group I was part of traveled in a single, silent (so as not to scare the gorillas) line, and the porter behind me often pushed me from behind to help me crest a steppe. As I trekked, I actually had two people pulling and pushing to get me up the mountain. And it was still challenging.

After two hours of bugs, thorns, mud, and high-elevation issues, I started to worry about my stamina. I was the oldest person in my group, and although not the slowest, certainly not the most fit. I was breathing heavily and sweating and nervous, and then, suddenly, we came to a clearing. Our guide told us to be silent, and not make any sudden movements, and then we saw them: an entire family of mountain gorillas.

We were told to sit quietly in the tall grass for fear of upsetting the dominant male; however, he was dozing in a nearby tree, leaving the peaceful females to walk closer to where we watched, frozen. Never having had a negative encounter with humans, the animals didn’t fear us and, quite honestly, didn’t seem to care much about our presence. My highlight came not in seeing the Mini Cooper-sized male, but a mom and her 1-year-old, named Gift. Gift frolicked over her mom’s outstretched limbs, always keeping one appendage connected to her, much like my son did with me when he was a toddler just beginning to explore the world. She looked at us and inched closer, grabbing a stalk of bamboo and munching. Mom turned over and baby Gift jumped on her back, and they ambled over to a spot nearby with better grub, walking directly in front of where I sat holding my breath.

An hour flew away in what felt like moments. And then it was time to trek back. I honestly can’t remember any physical part of the return walk home, I was so thrilled with my encounter with the gentle giants. I had seen not only silverbacks in their natural habitat, but a new generation exploring the world — the continuation of a species. It was a chance to see what happens when protecting wildlife becomes a priority. I had come face to face with the mighty gorilla, and it was everything I had hoped.

Considering a safari or gorilla-trekking trip in Africa? Here’s why a Tanzania safari should be at the top of your bucket list and why South Africa belongs on your travel bucket list, too, plus the safest countries to visit in Africa. 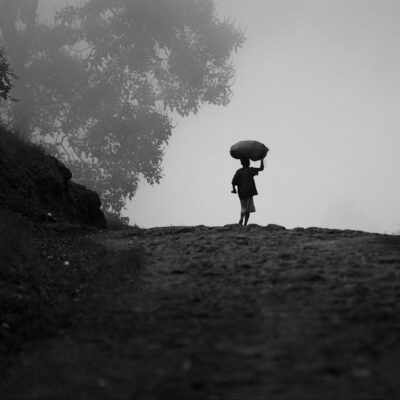 UgandaHow My Trip To Uganda Changed Me