10 Creepy Ghost Towns To Visit In The U.S.

Ghost towns scattered around the United States provide a strange peek at the past. There’s nothing quite like seeing the eerie remnants of a time before a town’s entire population decided to go in search of greener pastures. While many of these towns are located in the old Wild West, there are a few Midwestern and Southern ghost towns worth checking out.

Here are our top 10 picks for a spooky ghost-town excursion you won’t soon forget.

Old Cahawba, Alabama’s state capital from 1820 to 1825, is now an archaeological park on the National Register of Historic Places. The ghost town sits at the confluence of the Alabama and Cahaba Rivers, about 15 miles from Selma, Alabama. While it was well situated for trade and commerce, Cahawba was also prone to flooding. When the state capital was moved, the town’s population declined. Today, the entire area is full of ruins: abandoned streets, cemeteries, and even a church. Even eerier, scientists recently discovered that Old Cahawba was itself built on the remains of a ghost town, one abandoned by Native Americans. Today, the site is maintained by the Alabama Historical Commission, and the best way to explore it is by bike. Bikes are available on a first-come, first-served basis at the visitor center and are free to use. Admission costs $2.

Goldfield, Arizona, was established when — you guessed it — gold was discovered on a hill near the Superstition Mountains in 1892. The town quickly grew to include a general store, a post office, several saloons, and a hotel. But once the gold ore had been mined, the town found itself on the outs. While a few stubborn miners stayed behind to try their luck, by the mid-1920s, Goldfield had been abandoned. Today, this ghost town about 35 miles from Phoenix has a touristy, kitschy feel. Many of the buildings have been restored, and tours and reenactments take place daily. With its delightful Wild West vibe, it’s a fun place to explore.

Bodie, California, is a former gold-mining town tucked into the Bodie Hills near the Nevada border. At one time, more than 10,000 people called Bodie home. Now a California State Historic Park, the site includes more than 170 buildings in various states of “arrested decay,” meaning that the state won’t take steps to renovate or preserve them. You can peer into wooden clapboard homes that still have tables set for dinner, and you can visit the town’s hotels, saloons, school, and even barbershop. Admission costs $8 per person. Ghost walks and night tours are routinely offered at the old Bodie site.

Up in the high country of Colorado, in the heart of the Sawatch Range, sits the tiny ghost town of Saint Elmo. Founded in 1880, Saint Elmo boomed with the gold and silver rushes — and busted just as quickly. When the town’s railroad tracks were abandoned in 1922, the residents of Saint Elmo took the last train out of town and never returned. The town’s buildings remain, as well as, some say, several ghosts that apparently didn’t take that last train out! You can get the lowdown — along with snacks and supplies — at the Saint Elmo General Store, open May through September.

The boom and subsequent bust of mining created a number of ghost towns. Retrieving rare minerals from the Earth could result in an enormous financial windfall, but once a vein had been exhausted, residents generally moved on. This is demonstrated in a large-scale, hands-on fashion at the Missouri Mines State Historic Site, about an hour southwest of Saint Louis. Southeastern Missouri is rich in lead, and the element has been mined in the area since the 1700s. The park site occupies the now-closed Federal Mine No. 3, which processed both lead and zinc for years. The area now looks like a postmodern zombie hangout, with enormous rusty buildings and smelters. The modern museum located there tells the story of the mining trade with artifacts, hands-on exhibits, and an extensive mineral collection.

Tiny Bannack, Montana, sprang up in 1862 when John White discovered gold in nearby Grasshopper Creek. Just two years later, the town had grown so much that it was named the first territorial capital of Montana. When more gold popped up in Virginia City, Montana, the capital moved there. By the 1950s, the gold rush was long over, and the state of Montana made Bannack a state park. Today, more than 60 structures still stand, and tourists are welcome to wander in and around them. It’s a great way to see what life was like for the early settlers of the region.

Not too far from Sin City is another abandoned mining town. Goodsprings, Nevada, was once the center of Clark County’s silver-mining industry. When the ore ran out, so did most of the town. You’ll see many abandoned buildings, but a few people still live in the town. You’ll want to stop, grab a drink, and soak in the ambiance at the Pioneer Saloon, thought to be one of the oldest watering holes in Nevada. It’s the place where Clark Gable drowned his sorrows after his wife, Carole Lombard, perished in a plane crash in the nearby desert.

What do you get when the mines deep beneath a dying town catch on fire? The mysterious, burning ghost town of Centralia, Pennsylvania. Centralia began life like many of the other towns we’ve mentioned — with coal miners settling and working there. When the mines below the town caught on fire in 1962, they burned for decades before anyone realized how serious of a problem they were. Eventually, the government offered buyouts to residents so that they could escape the dangerous fumes and sinkholes. While the vast majority of the residents left, and many homes and buildings were demolished soon afterward, parts of the town still remain. The highway leading into and out of the town sports long, deep cracks, and the Earth still belches gas. To read more about Centralia and learn how to visit the burning ghost town, click here.

If you’re traveling to South Dakota, chances are that Mount Rushmore is at the top of your must-see list. But just about 15 miles from Custer State Park is a piece of Wild West history you shouldn’t miss. As you might imagine, hundreds of small towns popped up in the Black Hills during the gold rush of the 1800s. While most have disappeared altogether, Spokane, South Dakota, remains. You’ll see the schoolhouse, cemeteries, several other buildings (including the mine manager’s home), and cars, many rusted-out shells of their former selves. But be aware that what’s left of Spokane isn’t accessible by car. You’ll need to park off the state highway and walk a mile-long trail to get to the ghost town.

When the Mormons reached Utah’s Great Salt Lake in 1847, their leader, Brigham Young, announced to his followers that they were finally home. While the area around the lake grew, some Mormons branched out, founding small towns across the state. Some took root, but others floundered. Grafton, Utah, just south of Zion National Park, was settled in 1859 by Mormon farmers. Life there was tough, and eventually, the residents decided to head to bigger towns to try their hands at different trades. Today, a few people still live on the outskirts of the village, and several old abandoned structures remain, along with the town’s original cemetery. The area is maintained by the Grafton Heritage Partnership Project, which helps preserve those structures and the town’s history. 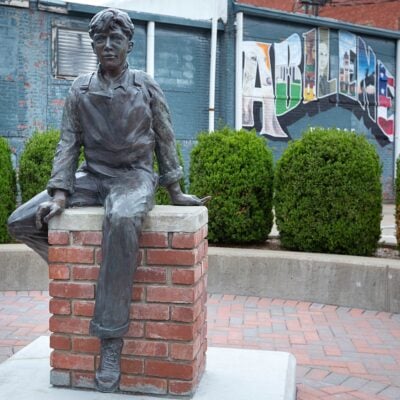 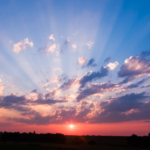 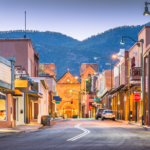 United StatesOur 12 Favorite Cities To Visit In The U.S.