10 Ideal Places To Travel In August

Nothing beats basking in the July sun knowing a big trip is on the horizon come August. But with so many places to experience — and avoid — over the summer, jetsetters across the country face one central question: What are the best places to travel to in August?

Some travel experts push tourist hot spots in the summer, while others say you should avoid them at all costs. The thing is, your August travel options vary greatly depending on your locale, ideal trip length, and budget. That’s why we’ve compiled 10 unique destinations to consider based on August festivals, crowds, weather, and wildlife. Let the wanderlust ensue!

With a moderate summer climate and busy events lineup, this charming coastal town is one of the best places to travel in August. Summer activities in Portland, Maine, range from lobster-catching boat tours to lighthouse hopping, with stops at the historic Victoria Mansion and the bustling Arts District along the way.

To fully capitalize on your August trip to Portland, plan your visit around the annual Maine Lobster Festival. This five-day event fills nearby Rockland, Maine, with cooking contests, carnival rides, local artists, and — of course — fresh local lobster. Rockland is a two-hour bus ride or 90-minute drive from Portland, give or take 15 minutes depending on traffic.

New Orleans may get steamy in August’s scorching heat, but this rise in temperature means a drop in tourists, not to mention prices. By visiting New Orleans in August, you can experience this Mardi Gras destination without the drunken mayhem and revelry.

Events range from the Satchmo Summerfest, a family-friendly event celebrating NOLA icon Louis Armstrong, as well as the month-long food festival COOLinary New Orleans Restaurant Month, which brings mega deals to the soul food-rich city. Accommodations are also a bargain in August; prices at the city’s historic hotels, such as the Henry Howard Hotel often dip by $200 or $300 a night as Mardi Gras gives way to summer.

As August hits Napa, winemakers flock to their vineyards for one of the greatest seasons of all: the harvest. Napa Valley’s harvest season brings an impressive lineup of winery activities. You can stomp grapes, learn how to harvest, or celebrate the long-awaited season at any number of harvest parties across wine country.

Not surprisingly, Napa’s harvest season brings more than ripe grapes; tourists hit the region in droves every August. If you can visit during the reduced-crowd weekdays, do so, but a harvest-season wine trip is well worth even the weekend crowds.

While Milwaukee is often overshadowed by its popular neighbor, Chicago, it’s one of the Midwest’s best places to travel in August. Mild temperatures average between 76 to 80 degrees, so you can comfortably stroll the shores of Lake Michigan at Veterans Park or the two-mile Milwaukee Riverwalk while enjoying art installations and dining throughout the city’s downtown area.

To fully immerse yourself in Midwest culture, plan your trip around the massive Wisconsin State Fair that takes place in early August. This 11-day event in nearby West Allis (just a 10-minute drive from Milwaukee) draws over 1 million annual attendees according to fair officials, and offers live entertainment, hundreds of concessions, and the beloved original cream puffs, a fair staple since 1924.

Impressive summer festivals plus laid-back vibes make Victoria one of Canada’s best places to visit in August. This endearing coastal town is the capital of British Columbia; its mild summer climate has 66-degree highs and low precipitation in August. From stunning Victorian architecture to afternoon tea at the 100-year-old Fairmont Empress Hotel, you’ll find hints of British colonial history throughout the 7-square-mile town.

While the cobblestone maze of downtown Victoria is impressive year-round, the city’s famous 55-acre Butchart Gardens are particularly gorgeous in August, with evening entertainment and fireworks shows every summer Saturday. Victoria is accessible by plane or the Victoria Clipper ferry’s scenic three-hour ride from Seattle, which drops you off in the heart of town, famous for its horse-drawn carriages and history.

To ditch the heat and relax in raw nature, take an August trip to Churchill, one of Canada’s most remote and wild destinations. Churchill sees comfortable August highs of 66 degrees and lows reaching just below 50, but travelers make the long journey to northern Canada for much more than the weather.

In Churchill — the Polar Bear capital of the world — you can see polar bears and Beluga whales as they congregate near the town’s Hudson Bay every August. Bear season runs July to November, while the shorter whale season spans from June to August. You can take one of many tours to see these animals up close. Getting to Churchill is a bit tricky given that the town has no inbound or outbound roads; you can either fly in or take the scenic, 48-hour Via Rail train trip from Winnipeg.

If you’re on the hunt for flight deals, look no further than Bergen, one of Europe’s best places to travel in August. Flights from New York City to Bergen in August start at just under $400 round trip according to Google Flights, and scoring this mega-deal is just the start of the Bergen fun. You can enjoy the colorful homes along the Bryggen wharf, take the funicular up Mount Floyen, or hop on a scenic cruise through the nearby fjords — all during August’s mild 60-degree temperatures.

Given the appealing weather, summer in Bergen can get crowded. Book your accommodations as early as possible, and consider taking a day or weekend trip to Folgefonna National Park for a quieter, less-crowded Norwegian experience.

Want more of the Norwegian hustle and bustle? Head inland for these eight amazing things to do in Oslo.

While there’s hardly a bad time to visit London, August is one of the best months to train across England to the colorful harbor town of Bristol. This off-the-tourist-track town in southwest England — just two hours by train from London — has museums, street art, walking trails, and rows of pastel-colored townhouses.

In August, Bristol’s skies come to life as over 100 hot air balloons take off during the long-weekend Bristol International Balloon Fiesta. You can ride in the balloons or enjoy the event on solid ground, with mass launch events twice a day and evening balloon illuminations followed by fireworks.

While August is technically still winter in New Zealand, it’s an attractive time to visit as it boasts low crowds, snowy scenery, and early signs of the approaching spring. Temperatures average around 50 degrees, with daylight reaching 11 hours by August 31 (up from nine hours in early July).

If you’re a skier, hit the slopes at the nearby Mount Hutt ski area, or take a scenic, snowy ride through the Southern Alps aboard the daily TranzAlpine train. For a taste of Christchurch culture, don’t miss early August’s Christchurch Arts Festival, which celebrates local creatives.

August is the best time to witness Africa’s miraculous wildebeest migration, as more than 1.5 million wildebeest and 200,000 zebra — not to mention their predators — follow the rains from Tanzania into Kenya.

A safari in Kenya’s Maasai Mara National Reserve may be pricey in August, but few things top this once-in-a-lifetime wildlife-sighting opportunity, not to mention the chance to see other African animals like cheetahs, elephants, and lions along the way. Given the long journey to Kenya, you may want to incorporate a trip to Zanzibar or a night in Tanzania’s Ngorongoro Crater into your Maasai Mara adventure.

A trip to Africa may seem overwhelming, but safari outfitters are trained and ready to help you perfect this bucket-list trip, with details on everything from immunizations to visa requirements — not to mention what to expect on safari.

BONUS: Where Not To Travel In August

While it’s wonderful to know the best places to travel in August, it’s equally important to consider which destinations to avoid when planning a late summer vacation. According to Traveler Tips, here are some important August travel considerations:

The Caribbean’s hurricane season runs from June 1 through November 30. While hurricanes are unlikely, and in many cases tourism numbers drop during these months (which may seem like a perk), visiting the Caribbean during hurricane season does come with risks. If you decide to visit an island or Carribean destination in Mexico or Central or South America, buy trip insurance to keep your travel investment safe.

The Heat Can Be Extreme

Southern European destinations like Italy’s Amalfi Coast and Athens have major crowds that — when paired with extremely high temperatures — can get pretty overwhelming. These must-see travel destinations are best experienced in the shoulder seasons: spring and fall.

Once your August travel plans are finalized, it’s time to prepare for the journey. If you’re traveling across the country or overseas, here’s everything you need to know about how to access airport lounges — without a membership — so you can travel as comfortably as possible. 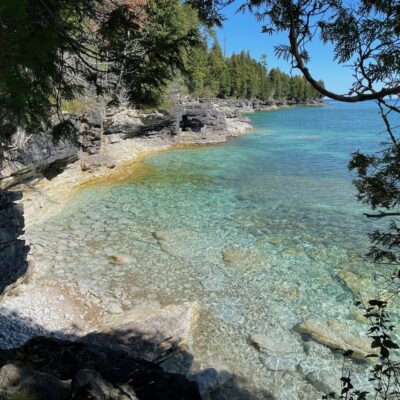 Summer Travel10 Best Places To Go In The U.S. And Canada This August According To Experts 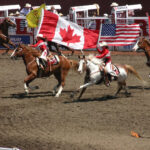 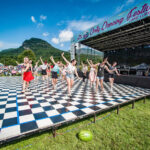 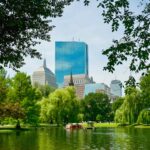