Apple picking is the quintessential autumnal activity in the United States. There’s nothing quite like heading out to a stunning orchard bathed in golden sunlight, feeling the crisp fall breeze against your skin, and searching for the perfect piece of fruit. You spend hours filling your bag with fresh apples at peak ripeness, ready for eating at that very moment or saving for pies, sauces, or strudels. Plus, there’s always a lot more to do at an orchard than apple picking. Hay rides, donut and cider tastings, live music, and culinary demonstrations are just some of the other ways orchards turn an everyday apple picking trip into a full-fledged fall celebration.

While you can likely find an orchard close to home, it’s worth making a trip to some of the most fantastic apple picking spots in the United States. Here’s where to find them.

There’s no better place to go apple picking than the birthplace of the first American Arbor Day, Nebraska City, Nebraska. It’s home to Arbor Day Farm, a National Historic Landmark and 260-acre farm best known for its antique apple varieties that date back to the 1600s. You can learn about these fascinating heritage fruits during your apple picking experience on the farm. In addition to apple picking, Arbor Day Farm offers a range of other attractions, including a 50-foot-tall treehouse, wood-chipped hiking trails through the forest, discovery rides on tractors, and the chance to try its famous apple cider slushies.

From late July to early November, visitors to the Blue Ridge Mountains region of North Carolina can experience the charm of apple picking at Grandad’s Apples N’ Such in Hendersonville. The 80-acre farm produces nearly 30 varieties of apples, including Honeycrisp, Fuji, Jonaprince, Pink Lady, and Granny Smith. After filling a few bags of fruit, get lost in one of the farm’s corn mazes, choose a pumpkin from the patch, ride a cow train, or greet the friendly barnyard animals. Then, take a load off in one of the rocking chairs on the farm stand’s back patio with panoramic views of the mountains.

Want to experience the rich history of apple cultivation in America? Head to Scott Farm Orchard near Brattleboro, Vermont. The farm traces its history back to the time of George Washington’s first term as president. Each of the 23 buildings at Scott Farm Orchard has made its way onto the National Register of Historic Places. The farm grows 130 varieties of heirloom apples and invites travelers to pick them throughout the fall. But apples are just the beginning of the tasty treats you’ll find there — Scott Farm Market also sells figs, quinces, ginger, peaches, and plums, as well as plenty of specialty foods from Vermont.

Georgia peaches, step aside: Apples are the star attraction in Gilmer County, which produces 250,000 bushels of the delicious fruit every year. Georgia State Route 52 (also known as “Apple Orchard Alley”) is home to many of the county’s best places to go apple picking, including Red Apple Barn in Ellijay. Local families have been visiting the farm since the barn was built in 1971. Fall is Red Apple Barn’s apple picking season, when visitors can enjoy tractor rides, pumpkin painting, visits with mules and horses, and (of course) filling bags with dozens of types of juicy apples.

Apple picking is just the beginning of the fun to be had at Deal’s Orchard in Jefferson, Iowa, a fourth-generation orchard with more than 45 acres of apple trees. Deal’s Orchard is a farm turned family fun park with a massive pillow to bounce on, a goat run, a sandbox filled with corn kernels, giant slides, a corn maze, and even a few human-size hamster wheels (yes, really!). Test your aim with the apple slingshots, or watch the pumpkin cannon release an explosion of orange into the sky. And since the only thing better than a fresh apple is one that’s been fermented into boozy goodness, pick up a bottle of Deal’s Orchard Hard Cider. Flavors include traditional apple, raspberry, peach, and pear.

Butler’s Orchard is only an hour away from Washington, D.C., but it might as well be on a different planet from the nation’s political powerhouse. The picturesque countryside farm in Germantown, Maryland, features 300 acres of land with beautiful fields, flowers, and apple trees. Fill peck after peck with varieties like Honeycrisp, Cortland, Gala, and Mutsu — all grown using an integrated pest-management practice that combines organic and conventional farming methods to increase yield and reduce the need for pesticides.

In business since 1965, Showalter’s Orchard & Greenhouse is a staple in the Shenandoah Valley region of Virginia. The orchard’s 40 acres of land produce more than 26 varieties of apples and present stunning views of the valley — it’s the perfect place to roll out an afternoon picnic. Showalter’s also presses and bottles “the best cider you’ve ever tasted,” available at the on-site market from mid-September through Christmas. Stop by the Old Hill Hard Cider tasting room to see for yourself.

The Wightman family knows a thing or two about farming — they’ve been doing it for nearly 100 years at Wightman Farms in Morristown, New Jersey. While the head farmer is always introducing new crops to the farm (like cantaloupe, garlic, and fingerling potatoes), apples are a standard year after year. Apple picking costs just $7 and includes a tote bag you can take home. Make a day of apple picking at the farm by taking a hayride, wandering around the hay maze, and digging into cider donuts.

Having just planted its first trellised apple trees in the spring of 2012, Lakeland Orchard & Cidery in Scott Township, Pennsylvania, is a newcomer to the apple picking scene, but in just a short time, it has managed to draw a steady following and quadruple the size of its orchard. The farm offers around 25 varieties of apples to choose from, starting with Blondee and Zestar apples in early September and moving to Suncrisp and Northern Spy apples by late October. The orchard is also home to a fully restored 1952 Allan Herschell carousel. Take a spin and relive your childhood!

No matter how tall you are, you’ll be able to pick apples with ease at Doe Creek Farm in Pembroke, Virginia. The 100-plus-year-old orchard contains hundreds of dwarf apple trees that produce heritage varieties, including Wolf River (a top pick for dried apples), Winesap (a well-regarded antique Southern apple), and Grimes Golden (a local favorite that’s believed to be a predecessor of Golden Delicious). And at 2,200 feet in elevation with a spring-fed water supply, Doe Creek Farm has the ideal conditions for growing big, plump apples that burst with flavor.

With some 300,000 apple trees, Beak & Skiff Apple Orchards has made a name for itself as a fantastic place for apple picking in Central New York. You’ll find all your favorite varieties, including Red Delicious, Fuji, and Gala, as well as some lesser-known (but no less delicious) types, such as RubyFrost and SnapDragon. After apple picking, swing by Beak & Skiff’s distillery and cider house (dubbed “1911” after the year the family orchard was founded) for tastings of adults-only beverages made from the fruits grown on the property. 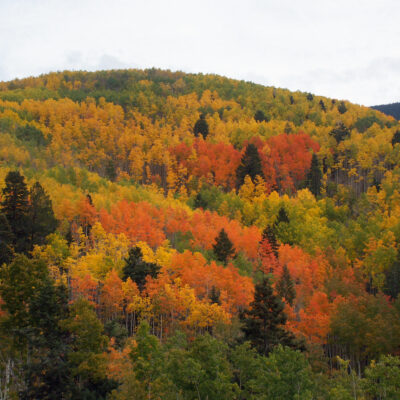 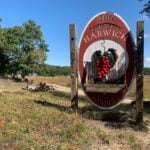 Fall TravelThe Best Time To See Fall Foliage In The U.S. No Matter Where You Live