The 3 Germiest Spots In Every Hotel Room

Most of us aren’t too picky when it comes to choosing a hotel room. We want a safe, clean, and quiet place to spend our nights (and, ideally, a decent free breakfast).

Travel review sites have made it easier than ever to find great accommodations, but even in a well-maintained hotel, you’re staying in a room that has housed hundreds or thousands of other people; you’re going to run into a few germs.

How many? Researchers from the University of Houston found that aerobic bacteria levels in hotel rooms were typically between two to 10 times higher than the levels accepted in hospitals. Granted, we don’t expect our hotel to practice the same hygiene standards as a medical facility, but there’s clearly some room for improvement — and if you travel regularly, you might want to know how to avoid the most germ-infested areas.

With that in mind, here are a few of the filthiest spots in your hotel room — and what to do about them.

Unsurprisingly, bathrooms tend to harbor bacteria, and for the most part, that’s not a serious health issue. After all, you wash your hands after using the bathroom (hopefully), eliminating one major source of contamination.

Still, according to the study, the hotel bathroom has significantly higher bacteria levels than other parts of the hotel room. Katie Kirsch, who led the research, noted that hard surfaces make great places for bacteria to congregate.

For this reason, it’s important to clean anything that comes into contact with the bathroom sink. Remember, some hotels store drinking glasses in the bathroom. The reason is obvious — the bathroom faucet is the only source of running water — but given that a single flush of the commode can send dangerous germs throughout the room, you’ll want to wash the glasses thoroughly before drinking from them.

It’s likely that housekeepers don’t think to disinfect these items. That makes sense — we can’t think of the last time we looked at a remote and thought, “hey, that looks filthy.” According to Kirsch, that’s part of the problem.

“A visual assessment can’t tell you about bacteria and viruses,” she said. “It can tell you what’s on the surface, but not if it’s been disinfected.”

Some of the highest levels of contamination were found on sponges, mops, and other items in the housekeeping carts.

Why is that an issue? As the housekeeping staff members move from room to room, they can bring potentially dangerous germs along with them. Kirsch suggested that hoteliers use this information to change cleaning supplies more often.

“Hoteliers have an obligation to provide their guests with a safe and secure environment,” Kirsch said.

If you’re especially concerned about contamination, you might ask your hotel how frequently they change out their cleaning products (of course, they might not be able to give you an exact answer).

How To Stay Safe (And Germ-Free)

A better option: Bring some cleaning supplies with you and pat down any surface that guests touch regularly. That means giving a quick wipe to the television remote, light switches, lamp switches, and doorknobs.

“If you want to be germ-free, you need to carry a disinfectant with you,” Arthur Ruth of the housecleaning service Memphis Maids told TravelAwaits. “Hand sanitizer is perfect for the job. If you want to be super safe, you need alcohol. It’s not harmful to electronics, so you can use it on your TV remote and on your phone.”

Alcohol is most effective at concentrations of 50 percent or higher, and most disinfectant gels contain a decent dose of the stuff. By wiping down problem areas (and keeping your hands clean), you should be able to limit your risk.

With all that said, you can’t exactly travel in a bubble. Even if you take every possible precaution, you’ll run into some germs on your trip, so don’t worry about disinfecting every single surface. Take a few common-sense precautions, and you should be able to travel safely.

We should also note here that most hotels do a really good job of keeping things clean. In fact, the goal of Kirsch’s study was to standardize and improve housekeeping practices in hotels, not to shame the hotels for their lax attitudes.

“Currently, housekeepers clean 14 to 16 rooms per eight-hour shift, spending approximately 30 minutes on each room,” she noted in a press release accompanying the research.

That’s a lot of time to spend on a tiny living space, and that should provide some peace of mind on your next trip. Still, we’ll be packing our hand sanitizer — just in case. 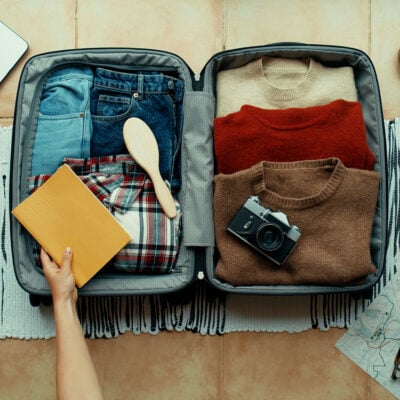 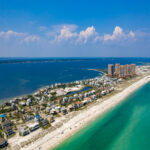