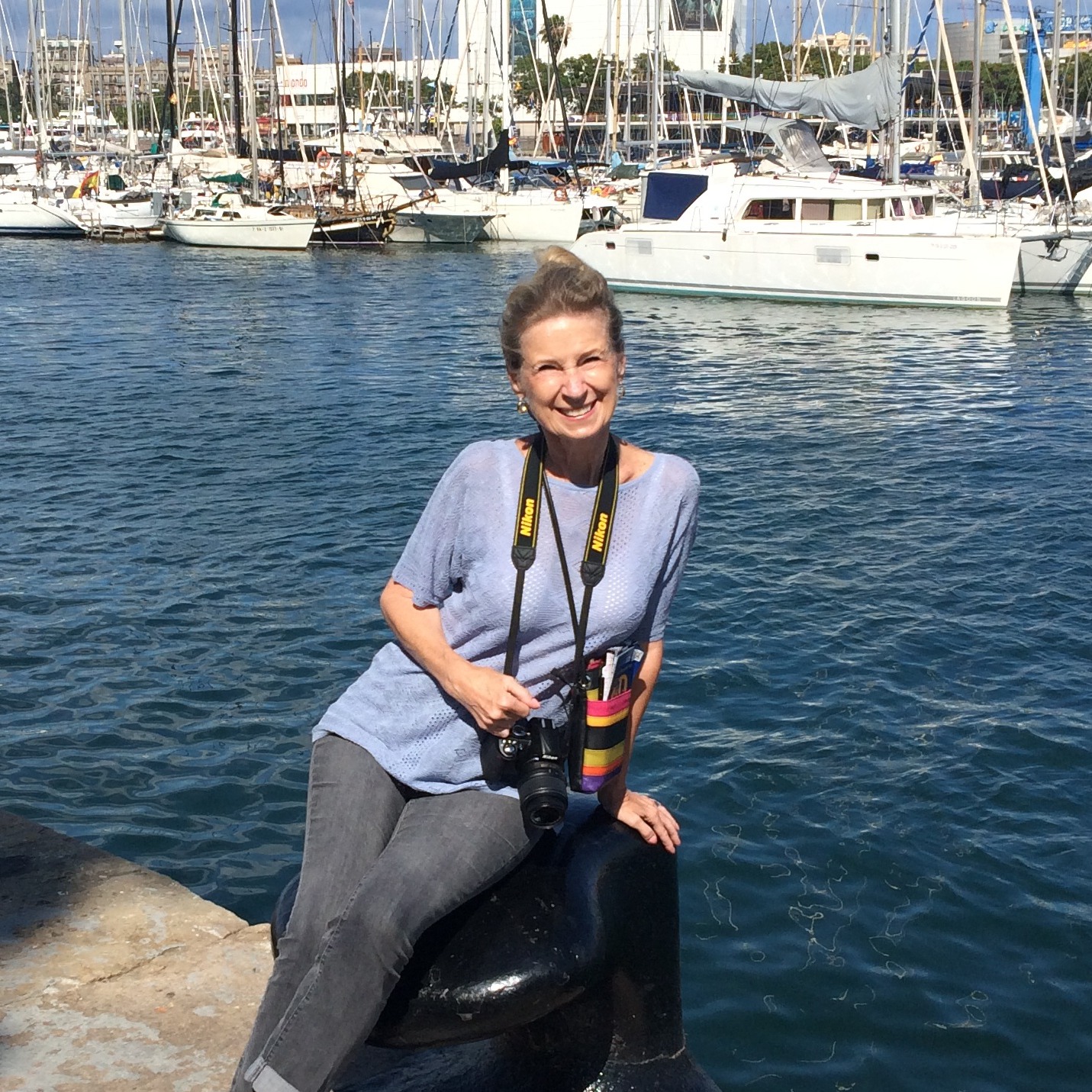 Pamela Dittmer McKuen
TravelAwaits participates in affiliate programs with various companies. We may earn commission when you click on or make purchases via links.

The German immigrants who settled in Wisconsin more than a century ago brought with them an agrarian lifestyle and a thirst for a good brew. Those traditions live on today in three delicious reasons to visit the Midwestern state: cheese, chocolate, and beer.

Long hailed as America’s Dairyland, Wisconsin is home to nearly 8,000 dairy farms — more than there are in any other state — and 1.28 million cows. And 90 percent of Wisconsin’s milk is used to make cheese.

One reason why this cheese is so fabulous is that Wisconsin is the only state to uphold education and quality standards by requiring that every cheesemaker obtain a license.

After a decade of practice, licensed cheesemakers may apply for the prestigious Wisconsin Master Cheesemaker certification from the University of Wisconsin’s Center for Dairy Research. Candidates undergo a rigorous nearly three-year educational program for each type of cheese they want to be certified in.

Look for the Wisconsin Cheese logo on the package to know you’re buying real cheese from the state, and the Master’s Mark label that shows it’s sublime!

A somewhat derogatory nickname for a Wisconsinite is “cheesehead.” Those who have mastered the techniques and technology necessary to make good cheese wear the banner proudly, as they should.

Wisconsin produces more than 600 types of cheese. (Its closest competitor, California, produces only 250.) The state leads the nation in the production of Asiago, Gruyère, Gouda, Cheddar, Muenster, Limburger, feta, and more. In other words, you’ve got a lot of munching to do.

No discussion of Wisconsin cheese would be complete without mentioning cheese curds, which are available at most Wisconsin restaurants and grocery stores. These bite-size nuggets of young Cheddar are a Dairyland delicacy. You can eat them fresh or deep-fried.

Fun fact: The freshest curds will actually squeak when you squeeze them.

The Master Cheesemakers at Simon’s Specialty Cheese are world champions many times over. The Appleton store features more than 100 regional and international cheese varieties, including Simon’s award-winning Cheddar, feta, mozzarella, and provolone. Stop in at lunch for a freshly prepared grilled cheese sandwich, a pizza oozing with house mozzarella, or a Wisconsin brat.

You can see specialty cheese in all stages of preparation — from the milk vat to the underground aging caves to the retail cheese case — at Door Artisan Cheese Company in Egg Harbor. Under the direction of Master Cheesemaker Mike Brennenstuhl, more than a dozen traditional and original cheeses are produced and aged on-site. Grab some to go at Cave Market, or enjoy the cheese-centric menu at the casual fine dining Glacier Ledge Restaurant.

Mars Cheese Castle in Kenosha is an iconic roadside attraction on Interstate 94 between Chicago and Milwaukee. Designed to resemble a modern-day castle, the building is home to vast quantities of cheese and charcuterie. You can dine in or take out, but the signature Cheddar bread is a must-have.

You can immerse yourself in all things cheese at the Green County Cheese Days festival in Monroe. The three-day event, held the third week of September during even-numbered years, features parades and entertainment along with cheesemaking demonstrations, cheese tastings, and cheese sales. Dozens of food vendors offer cheesy delights along with other regional favorites.

With all those cows mooing around, it’s no surprise that Wisconsin produces a lot of butter and cream. Much of it is crafted into all sorts of chocolate goodness. Among the makers are family owned and operated businesses that have been around for generations and newcomers who have transformed Wisconsin chocolate into an art form.

There’s so much Wisconsin chocolate to choose from that it’s tough to make a recommendation. We love small-batch mixes of local ingredients, including fruits and honey, as well as modern-day versions of the classics. The trade group Dairy Farmers of Wisconsin recommends pairing chocolate with cheese. Try morsels of dark chocolate and blue cheese crumbles, or mix popcorn with chocolate-covered peanuts and grated Asiago cheese.

Wilmar Chocolates in Appleton will make you a custom Wisconsin chocolate bar while you wait. Start by choosing milk chocolate, dark chocolate, or a blend of both. Then select up to four mix-ins from a list of almost 50 ingredients, including cranberries, cinnamon, marshmallows, seeds, nuts, and Pop Rocks. Finally, watch as the chocolatiers in the kitchen finish your creation.

The fifth-generation Lamers Dairy in Appleton still sells its milk in glass bottles. Quality, rBGH-free milk is sourced from local dairy farmers, and then Lamers works its magic. The company’s award-winning chocolate milk is thick and creamy, and its delicious soft serve comes in vanilla, chocolate, and combo.

You are probably familiar with Kohler’s luxury bath fixtures, but the company also produces rich Wisconsin chocolate under the brand name KOHLER Original Recipe Chocolates. Most delectable is the Terrapin, an upscale version of the turtle. The recipe is a complex blend of chocolate; smoky, burnt caramel; and salted pecans. Another great Kohler product is the velvety-smooth dark chocolate brandy, which is naturally infused with dark chocolate, not merely flavored. It also comes in chocolate mint.

You can get your Wisconsin chocolate fix at Craverie Chocolatier Café at The Shops at Woodlake next to The American Club resort in the town of Kohler. The menu includes chocolate croissants, hot chocolate, five-layer chocolate cake, and a chocolate fizz — a drink made with chocolate sauce and club soda.

Seroogy’s (pronounced ser-OO-jeez) has specialized in handcrafted, hand-dipped chocolates for more than 100 years. The biggest seller is the Meltaway bar, a slab of creamy whipped chocolate coated in milk or dark chocolate. The two Seroogy’s stores, one in De Pere and one in Ashwaubenon, are among the largest candy retailers in the Midwest.

In addition to offering savory Wisconsin cheese, the aforementioned Simon’s Specialty Cheese serves up a sweet signature dessert: chocolate fudge cheese. It’s made from Cheddar and cream cheese, with or without walnuts. Is it a dessert, or is it a meal? You decide. We won’t tell.

The big names that made Wisconsin beer famous — names like Pabst and Schlitz and Blatz — are either gone or have been slurped up by beverage conglomerates, but the craft beer scene is flourishing. According to the latest numbers provided by the Brewers Association for Small and Independent Craft Brewers, the number of Wisconsin craft breweries more than doubled between 2011 and 2017.

Craft breweries are defined as breweries that are independently owned and produce fewer than 6 million barrels per year. Most offer year-round standbys as well as seasonal and limited editions. In Wisconsin, you can often find beers that are infused with apples, cherries, or cranberries, all big Wisconsin crops. Session beer has a relatively low alcohol content, so you can drink more of it!

Shipwrecked Brew Pub in downtown Egg Harbor is Door County’s original brewery. The popular medium-bodied cherry wheat ale is brewed with locally grown Montmorency tart cherries. On the menu are classic pub fare, seafood, and smokehouse barbecue. The building dates to 1882 and is rumored to be home to a few ghosts.

Founded in 1993, New Glarus Brewing Company in New Glarus is a craft brewer with a huge following — but you can only get the company’s beer in Wisconsin. Bestseller Spotted Cow is fun, fruity, and especially tasty accompanied by Wisconsin cheese. Moon Man session beer is a hoppy but smooth pale ale. The hilltop brewery resembles a Bavarian village.

Hinterland Brewery recently moved to the Titletown District, right across the street from Lambeau Field, home of the legendary Green Bay Packers football team. It’s a farm-to-table restaurant and brewery with an urban but woodsy vibe where you can enjoy handcrafted beers and contemporary American cuisine. Try the Packerland Pilsner and the goat cheese and wild mushroom wood-fired pizza.

Civil War veteran Henry Schmiling was brewmaster at Ahnapee Brewery from 1868 to 1886, when a hop blight forced the brewery’s closure. His descendants relaunched in Algoma in 2013 and named their year-round amber ale, Little Soldier, after him.

Giant Jones Brewing Company in Madison is a woman-owned brewery specializing in Belgian-style beers. The beers are certified organic, too.

Love beer but are gluten intolerant? ALT Brew in Madison has a brew for you. Several, as a matter of fact. Sip on flavorful ales, pilsners, porters, and more. They’re all gluten-free and handcrafted on dedicated gluten-free equipment. 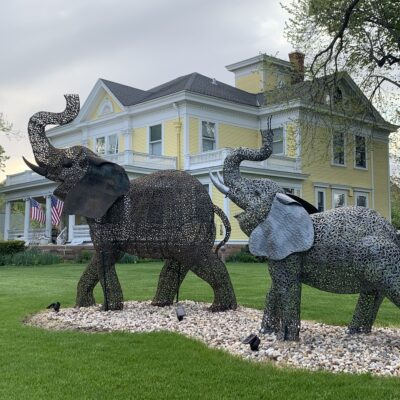 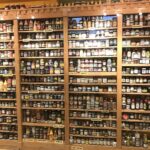 WisconsinHow To Spend A Perfect Day In Charming Middleton, Wisconsin 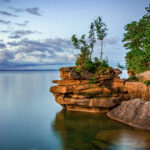 WisconsinWhy You Must Visit Beautiful Madeline Island, Wisconsin In An RV 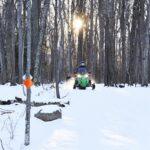